This is it y’all. My final “reads” post of the year. In case you are new around here or just forgot one of my New Year’s Resolutions was to read 50 books in a year, no realizing how much I actually read. Around July I hit that 50 book mark and have just kept on reading! After I finished my final book this month (and heads up, this was a slow month for reading) I officially read 88 books this year! I think I’m going to have to up that to 100 books next year just to see if I can do it!!

So anyway, let’s see what I read in December… 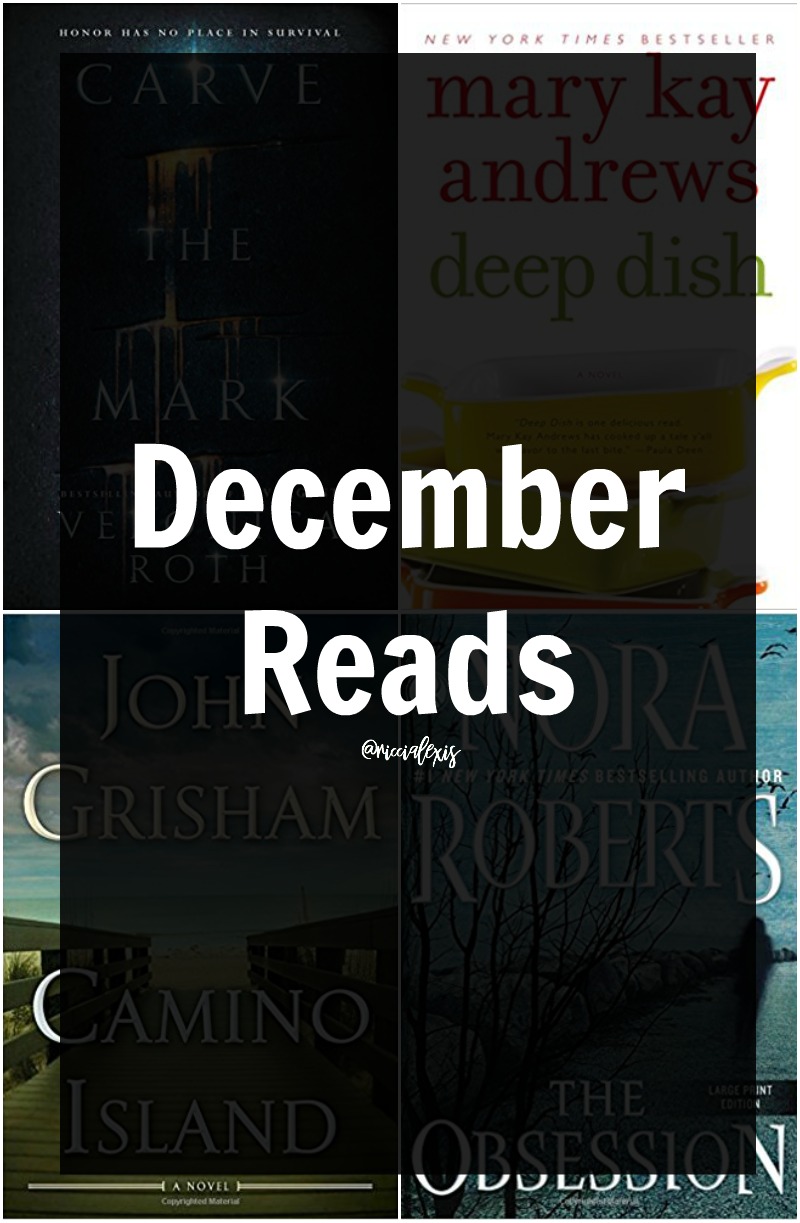 ONE. Carve the Mark by Veronica Roth. From the same author that wrote the Divergent series comes a new series, Carve the Mark. A YA dystopian novel set on a far away planet, Carve the Mark is about two people who are from the same planet but very different worlds. They learn a lot from each other, hurt each other and help each other. Overall I really liked this book, it was a twist on the usual dystopian YA book and I think that was much needed in today’ oversaturated YA market. I can’t wait for the next one!

TWO. Deep Dish by Mary Kay Andrews. I think we all know how much I love me some Mary Kay Andrews. Her writing is good for my southern soul. Deep Dish is about a girl and a guy who are facing off to win a nationally televised cooking show. It is a good book and has lots of good souther references and makes me want to go to Georgia!!

THREE. Camino Island by John Grisham. If you love John Grisham then you will love this book! Unlike most Grisham books, this one isn’t centered around the law but is instead centered around rare books and book thieves. I must say that I learned a lot about the world of books through this novel and I really liked that!

FOUR. The Obsession by Nora Roberts. I have been a Nora Roberts for some time now. I love how detailed her books are and how they suck you into their world. This book was no exception and was about a woman who is trying to outrun her past. She has an interesting career as a photographer and is remodeling a grand old Pacific Northwest home. I loved it!

So there you have it, my December Reads!! You can check out my previous month’s reads here…January, February, March, April, May, June, July, August, September,October and November. Hope you found some inspiration and maybe something new to read!!

What have you been reading lately?? 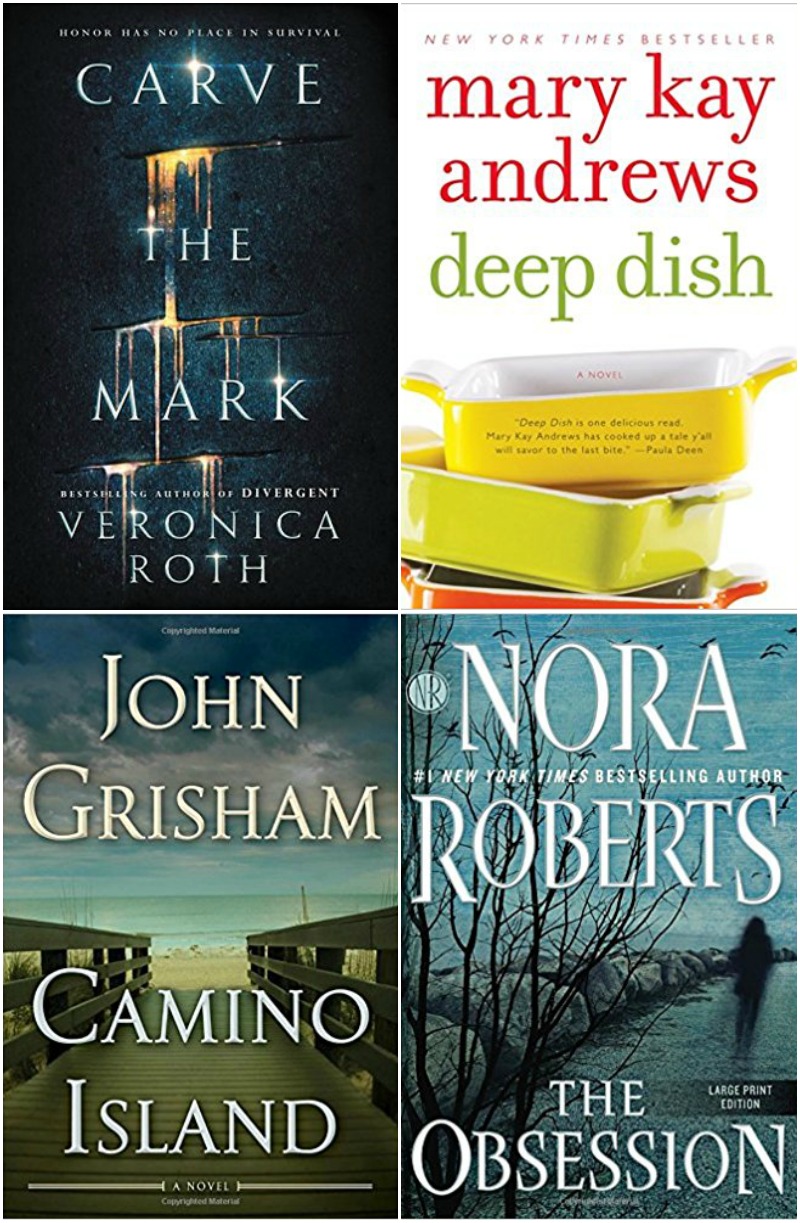