It’s that time of the month again…time for me to tell you what all I read in the last month!! If you can’t tell I love to read. Always have and (hopefully) always will!! If you are new around here then you should know that at the end of each month I do a little review of all the books I read in the past month. One of my New Year’s Resolutions was to read 50 books and I surpassed that goal a couple of months ago, oops! I think next year I will have to raise that goal to 100, HA!

One question I get asked a LOT os how in the world I find so much time to read? I work a full time (60+) hours a week full time job, blog and somehow still manage to read at least 5+ books a month. The only way I am able to read that much is with audiobooks! I listen to them all the time…when I’m getting ready in the morning, when I’m in the car driving and when I’m doing housework. I “check them out” via my local library’s app and I have to say that they have a pretty good selection! So if you are short on time and love to read then I highly suggest trying an audiobook! 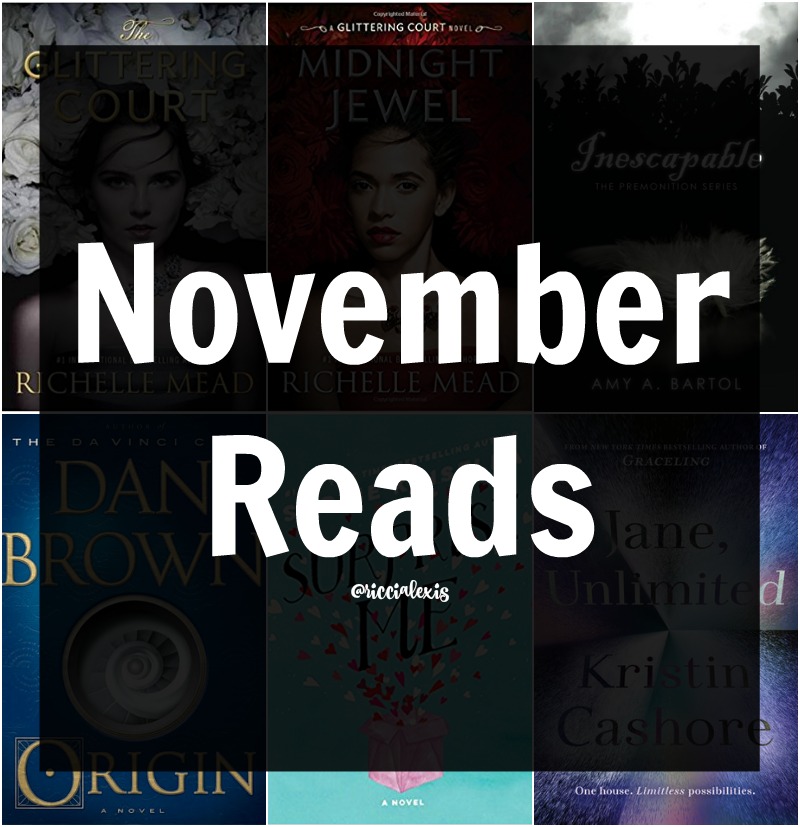 So what exactly did I read this month? Good question, let’s get to it!

ONE. The Glittering Court by Richelle Mead. Richelle Mead does it again with the Glittering Court series! The author of two of my favorite book series (Vampire Academy and Bloodlines) this series is based in colonial America and is about girls choosing their own destiny in a time when most are married off to the highest bidder. It’s got a lot of good twists and I couldn’t put it down!!

TWO. Hidden Jewel by Richelle Mead. The second book in the Glittering Court series this book is told by the main character of The Glittering Court’s roommate and it explains so much!! LOL! I really hope there are more of these books to come!!

THREE. Inescapable by Amy A Bartol. Another good YA book, this book is about angels, soulmates and college students. I had never read any of Amy A Bartol’s books before but this one was the beginning of a series and she has another series out too. Looks like I have a lot of reading ahead of me!!

FOUR. The Origin by Dan Brown. If you are a Dan Brown/Professor Robert Langdon fan then you will love this book! This book takes Professor Langdon on a mission all over Spain and it was a very interesting read about science and religion. It will make you question everything about life and I hung on to every last word. I have always been a huge Dan Brown fan and I hope this isn’t the last we will hear about Professor Robert Langdon!!

FIVE. Surprise Me by Sophie Kinsella. This book will be released February 2018 but I was allowed early access to it because I am a member of Net Galley! What can I say about Sophie Kinsella’s latest book? I loved it of course but it just seemed a little different from her past offerings? This book is about a married couple who is trying to spice up their marriage but at the same time they are each keeping secrets from each other. It was a good read and now I can’t wait until her next book!

SIX. Jane, Unlimited by Kristin Cashore. From the same author as the Graceling series (so GOOD) Jane, Unlimited is about the life of an ordinary girl named Jane (duh) who finds herself alone after the death of her aunt (her only living family) and gets taken on the adventure of a lifetime when she is invited to a friend’s home/personal island for a gala. The book is semi-confusing but once I figured it out I really loved it!! If you like a good YA book then you will probably love this one.

So there you have it, my November Reads!! You can check out my previous month’s reads here…January, February, March, April, May, June, July, August, September and October. Hope you found some inspiration and maybe something new to read!!

Do you love to read??
Have you ever listened to an audiobook?? 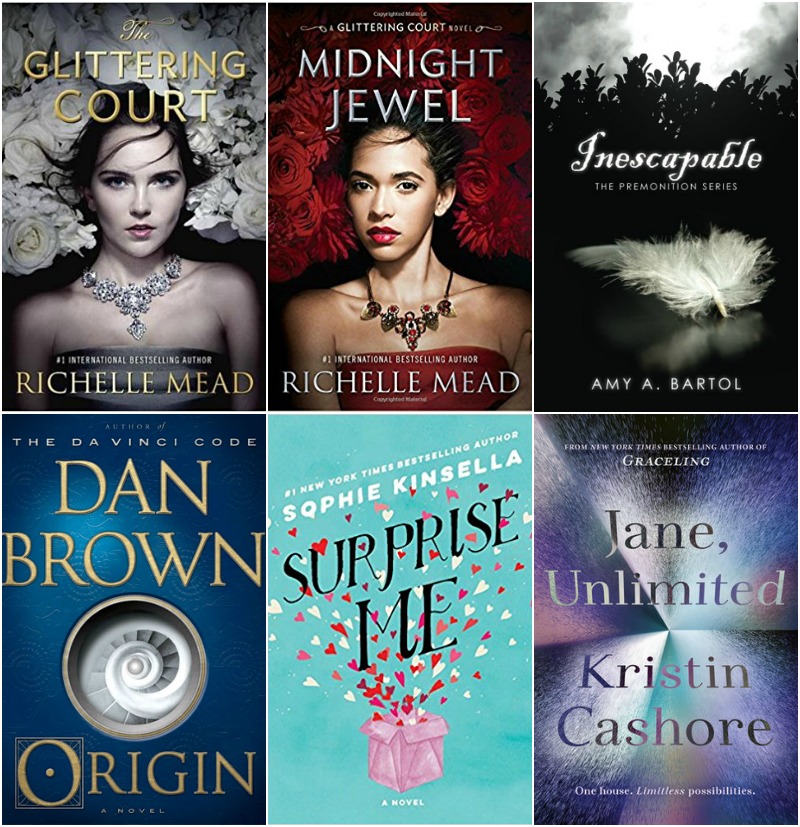