Happy Monday!! I don’t know about you but this weekend was super busy!! I had to work all weekend, the new season of Orange is the New Black dropped (and I already flew through it) and the temps finally dropped because it rained…hallelujah!! If you have already binged this season’s OITNB can you email me so we can talk about it?! I honestly didn’t know what to expect because season 5 was so CRAY but I really loved this season!

Since it was cooler outside, if mid-80’s counts as cooler, and I knew I wasn’t going to have time to cook because I worked all weekend I decided to make one of my go-to crock post meals, Chicken Taco Soup! This soup is super easy to make, doesn’t take very long and you can make it as mild or as spicy as you want. Plus I personally think soups taste better as leftovers because the flavors have longer to marinate post cooking…know what I mean? 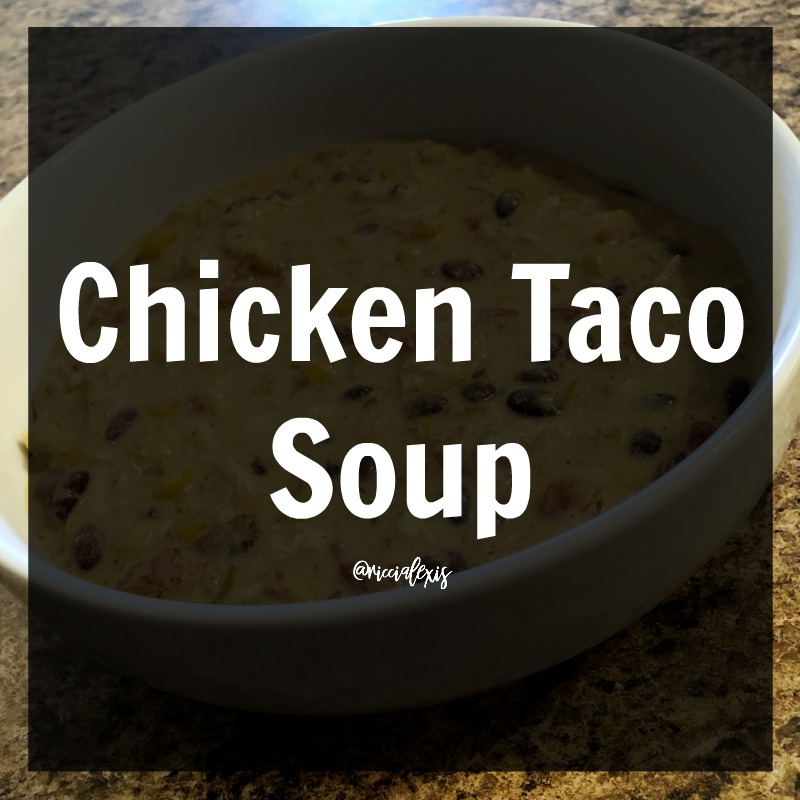 I actually discovered this recipe at the beginning of summer and have made it at least once a week since. And since it was the first meal I made in my apartment. It’s really that good y’all. 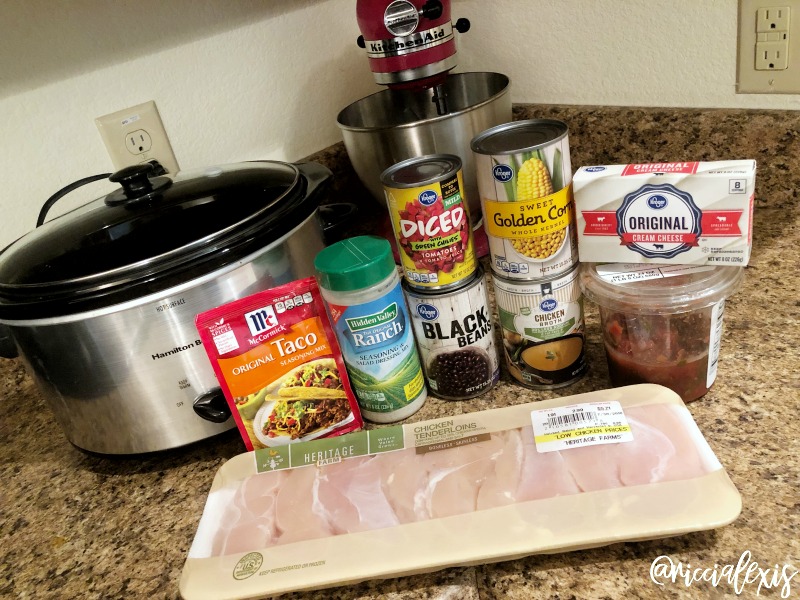 Now most crockpot recipes you just dump all the ingredients and run and I fully admit to doing that the first few times I made it but I noticed the cream cheese separated when I did that and I wanted it more creamy so now I have a certain order I put my ingredients in and it has really made all the difference in the world.

First I put the chicken broth, taco seasoning, ranch seasoning and cream cheese in the crock pot and I take my immersion blender and blend it all up so it’s nice and creamy. Next I throw in my Rotel, black beans, corn and salsa and then mix it up really good. Lastly, I put my raw chicken in and kind of push it around until it’s pretty covered by the mixture. Then I let it cook on low for 6-7 hours, take the chicken out and shred it up, put it back in and call it done! 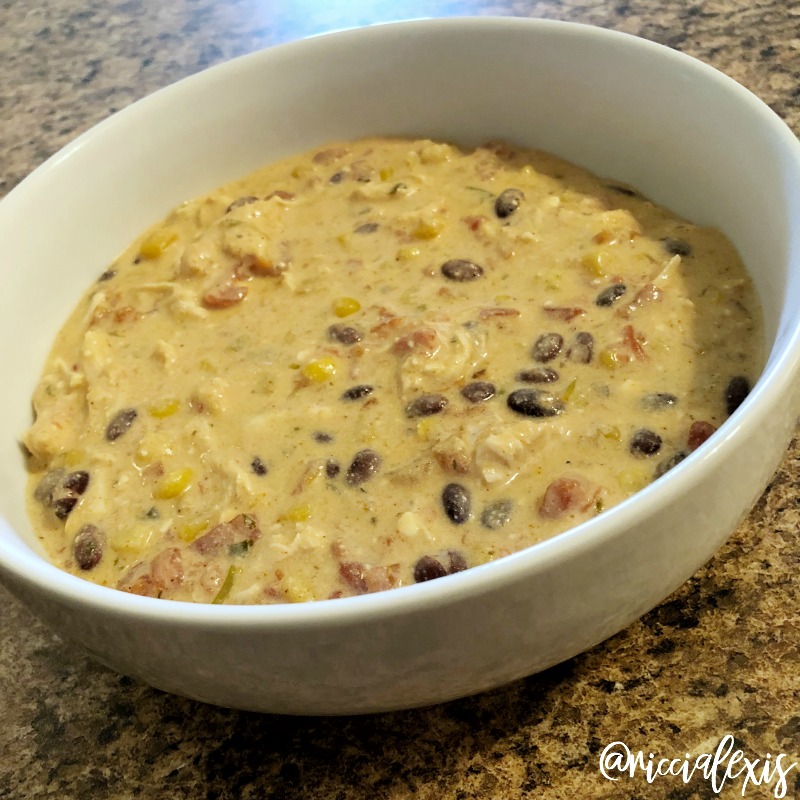 I eat it plain a lot but sometimes I like a little extra crunch and so I throw some tortilla chips or Fritos on top! YUM!! 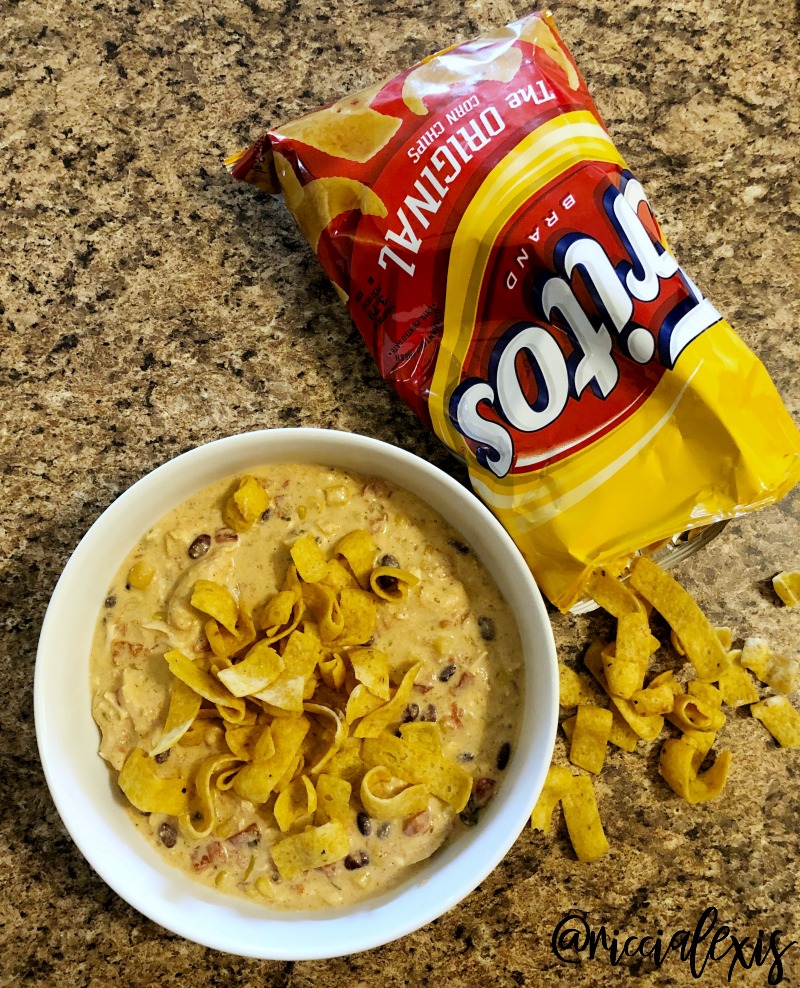 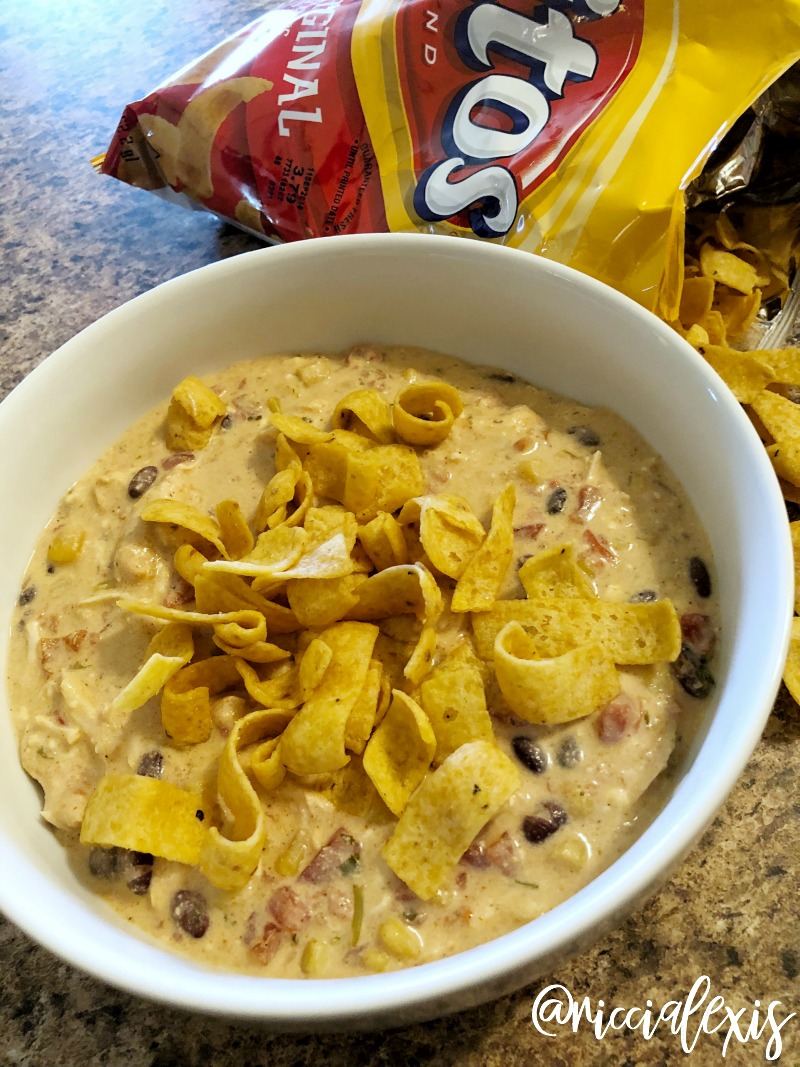 Check out the full recipe below!! If you love soups year round like me then you should also check out these yummy soup recipes!!

Do you eat soup year round??