This past weekend I went to Dallas with my girl Rebekah!! Yesterday I talked about going to the Rangers game but our real reason for the whole trip was to see Maroon 5!! We are HUGE Adam Levine fans (and James and PJ and the rest of the guys!!!) and we saw them for the first time in 2015 for their V Tour in Dallas right after Sugar came out and again in 2016 in Vegas for New Year’s Eve. Like I said, we are big fans!! 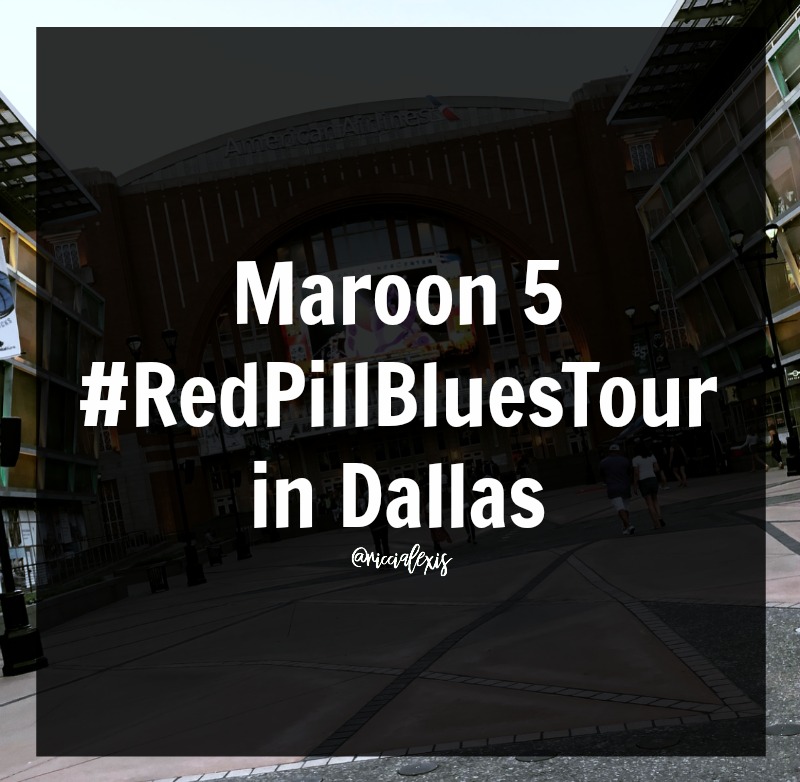 I think my favorite concert will always be the first but the #RedPillBluesTour is a close second!! I love the American Airlines Center, there really isn’t a bad seat in the whole house and we stayed at the W Dallas Victory so we just walked across the street to the concert. If you are going to a concert at the AA Center I would highly recommend staying there so you won’t have to fight traffic!! 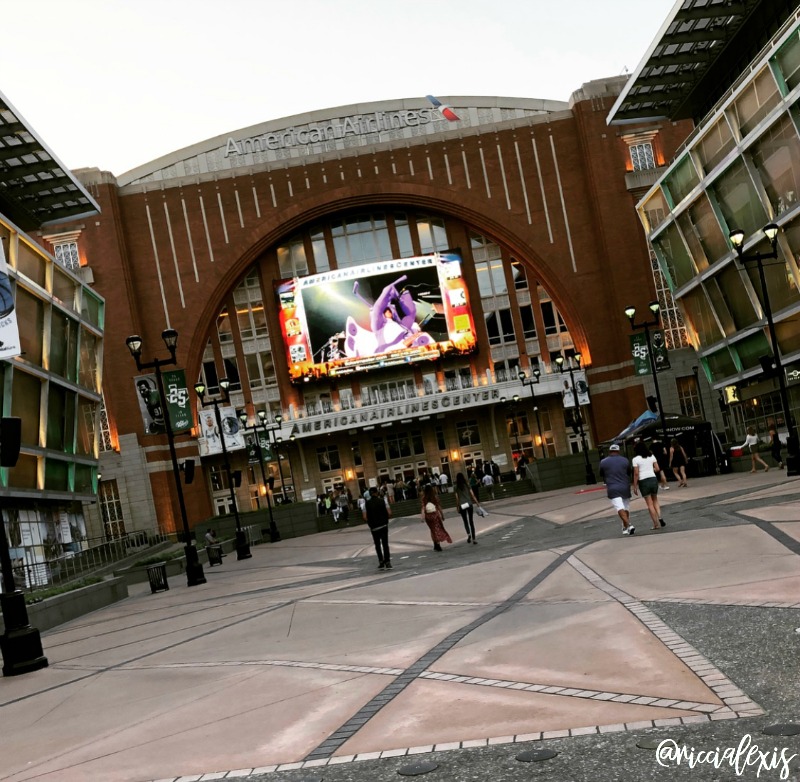 For the concert I wore my favorite distressed shorts and a red tank top with a black bralette. Good thing I went with the bralette instead of a regular bra because my top was a little big and I would have flashed half of Dallas if I had been in a regular bra! HA! I got the bralette from Lane Bryant and actually grabbed this one as well because they are buy one get one half off right now!!! I’m also pretty sure the shorts and tank are on sale as well!! Y’all know I love a good sale!! 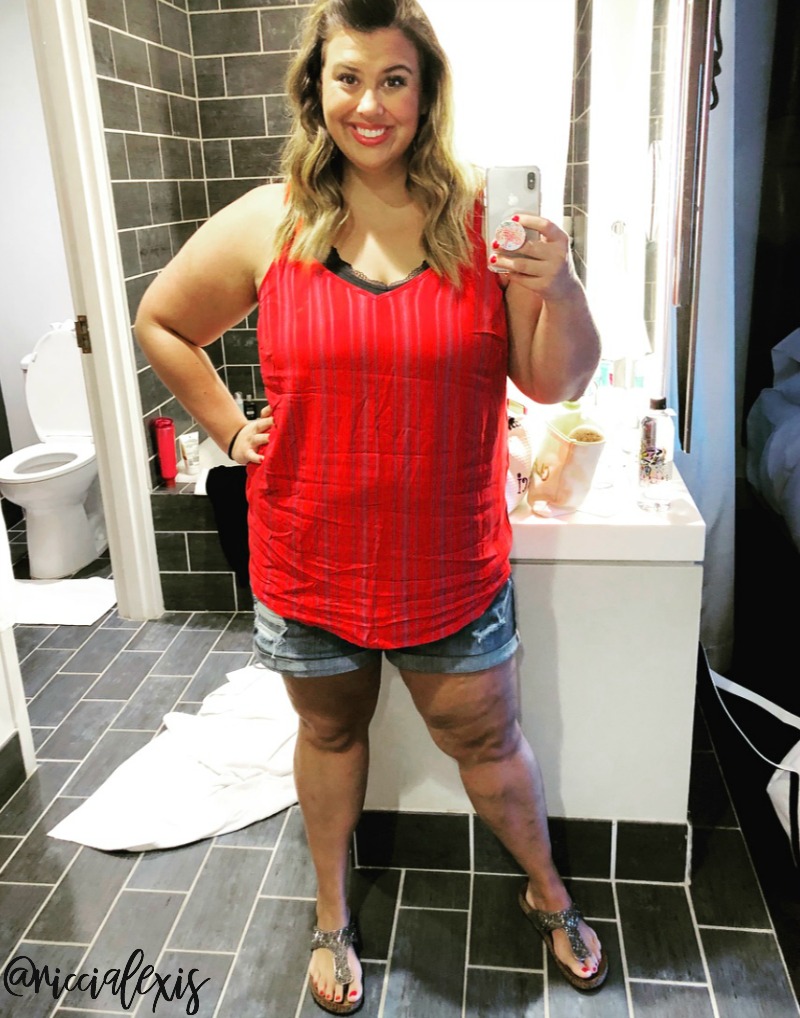 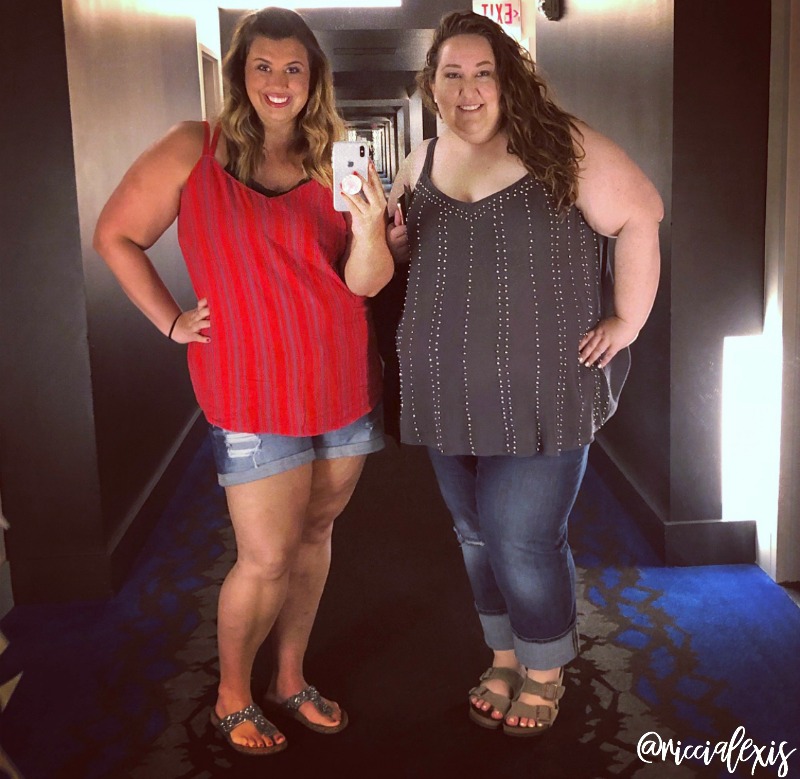 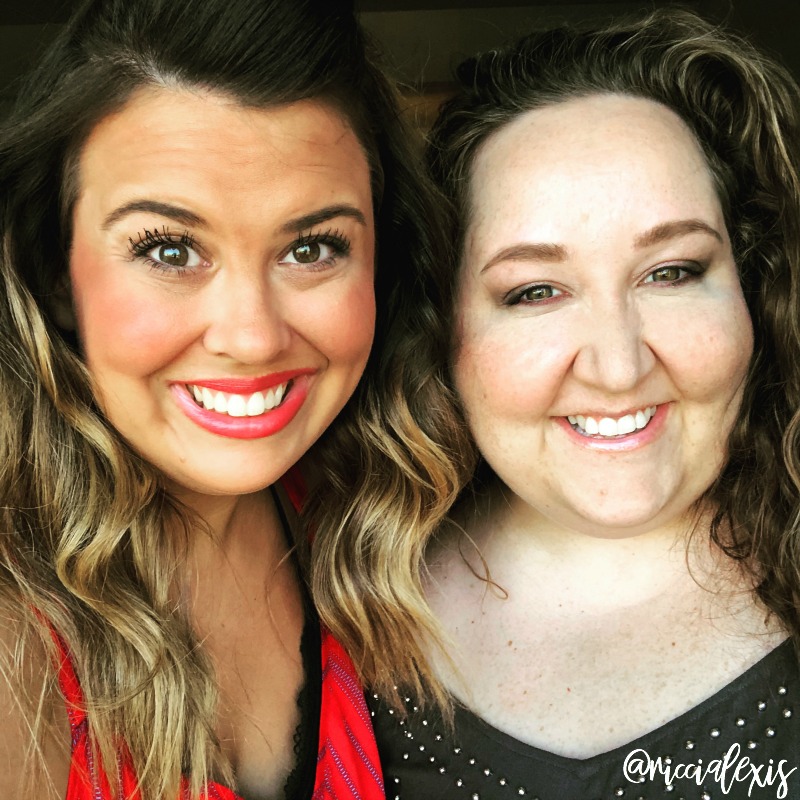 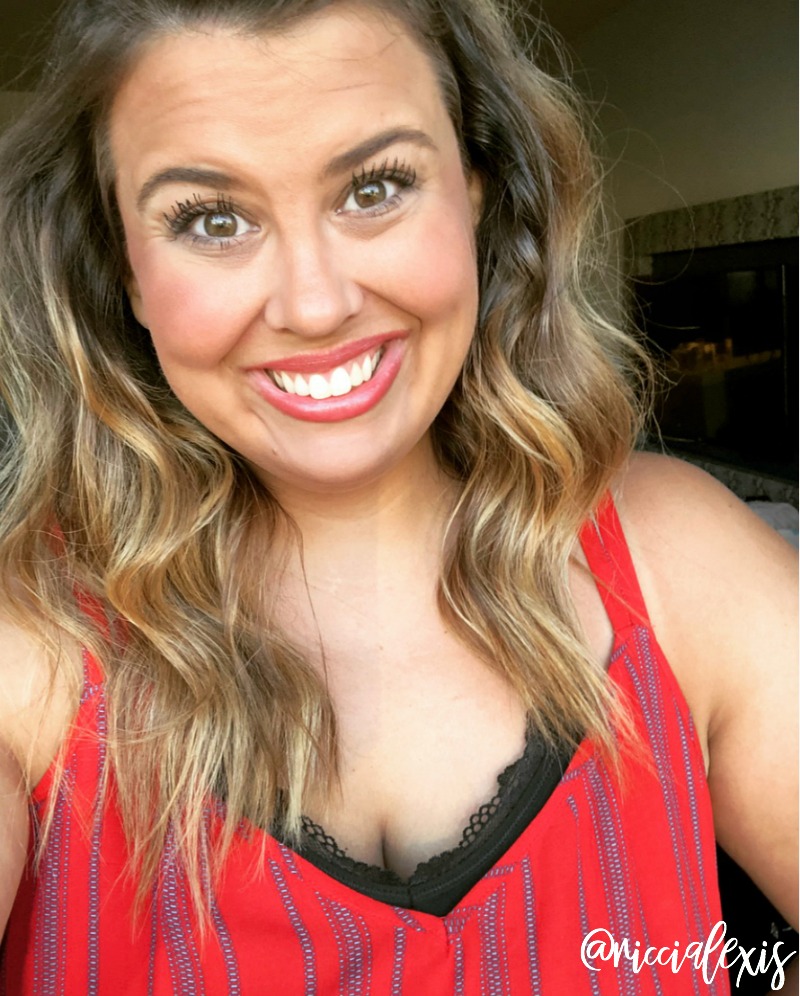 I also got quite a few questions about my makeup so I linked everything above!

Our seats were pretty high up but like I said earlier, there isn’t a bad seat in the house and we had a great view of the stage! 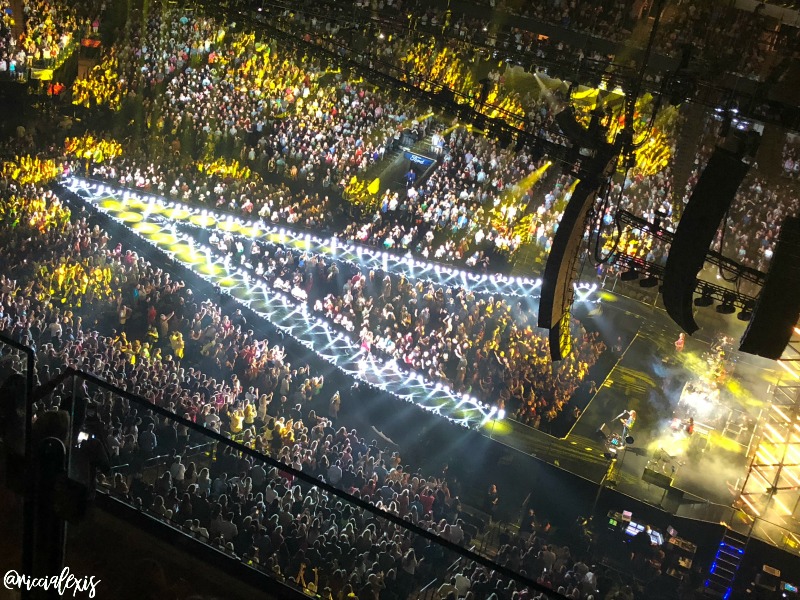 The side we sat on was also the side that the band entered and left the stage from so we felt like we had insider information…HA!

And is it really a concert if you don’t get a twisty margarita or two?! I think not!! 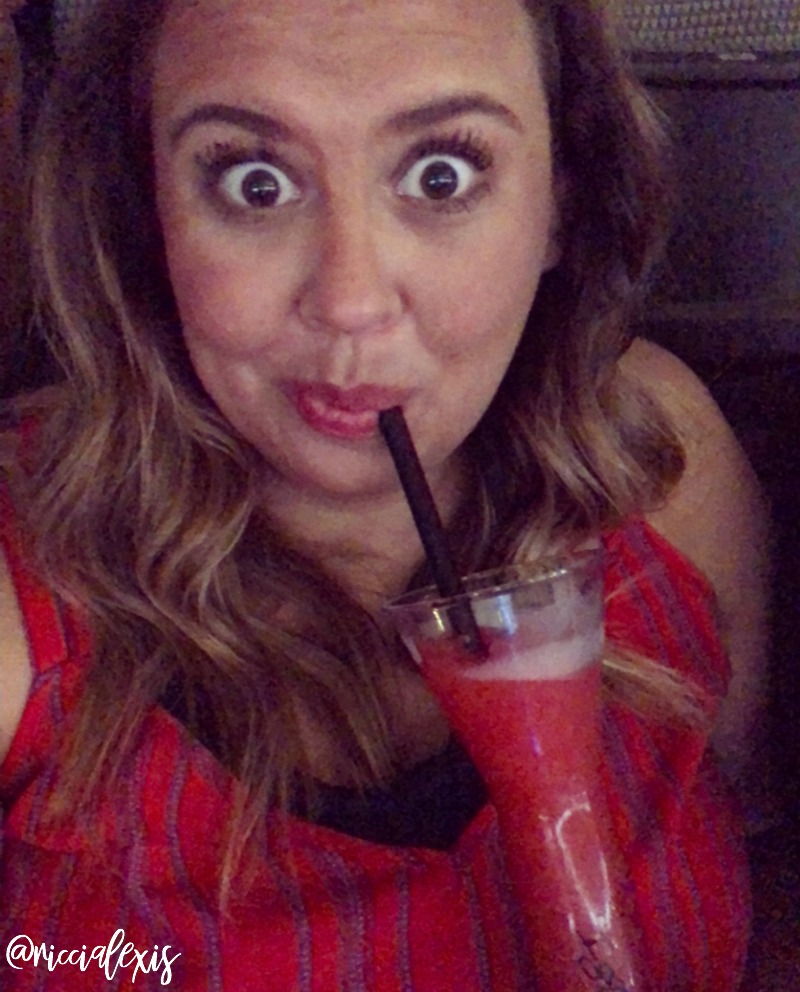 The entire set list was amazing and we sang along to every song!! If you ever get the chance to see Maroon 5 live then I highly suggest it, they put on a GREAT live show!!

What was the last concert you went to??