This shop has been compensated by Collective Bias, Inc. and its advertiser. All opinions are mine alone. Messaging below is intended for ages 21+ and is intended to be enjoyed responsibly, in moderation. #SameTasteNewLook #CollectiveBias

It’s that time of year again…time for all those end of year celebrations and Edwards pies are perfect for ANY occasion whether you are celebrating a birthday, work event, graduation, retirement or a random Tuesday. HA!! 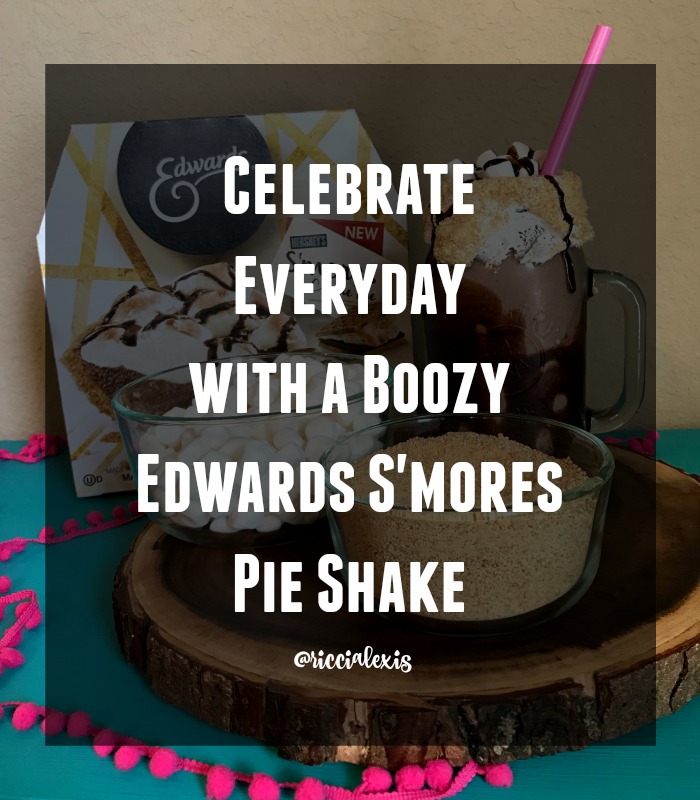 I mentioned in Tuesday’s post about my trip to Nashville that we had some incredibly delicious boozy shakes one night. Y’all, I have been craving those shakes since we left and that inspired me to try to recreate some of them at home! You just can’t beat a boozy milkshake.

After returning home on Sunday the first thing I did on Monday morning (after dropping my Sophie pup off at the groomers) was to head to my local Walmart and try to find everything I would need for my boozy milkshake. On my way to get the ice cream lo and behold I saw exactly what I needed to make my shake rock!! I saw an entire shelf of Edwards pies and they had a brand new flavor…can you even guess what it was?? S’mores!! I decided it was fate, grabbed it and the Turtle Créme Pie and I was on my way! 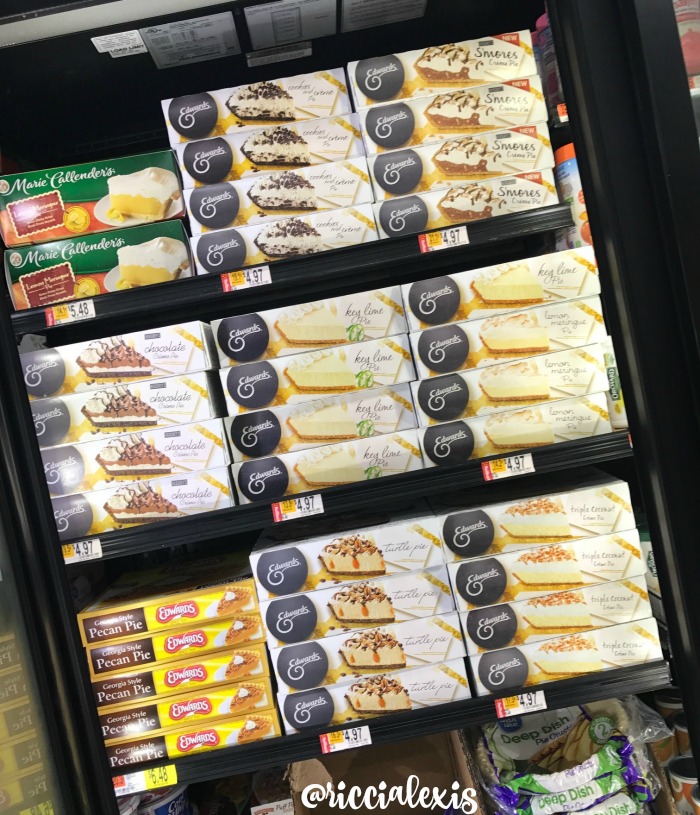 I also picked up some chocolate syrup, marshmallow fluff, graham cracker crumbs and mini marshmallows. I was set!!

When I got home I immediately took my pies out of their boxes and left them out to unfreeze. I think the box says you need to leave them in the fridge for a couple of hours but since I was going to be using mine right away I just left them on the counter while I did my shake prep. 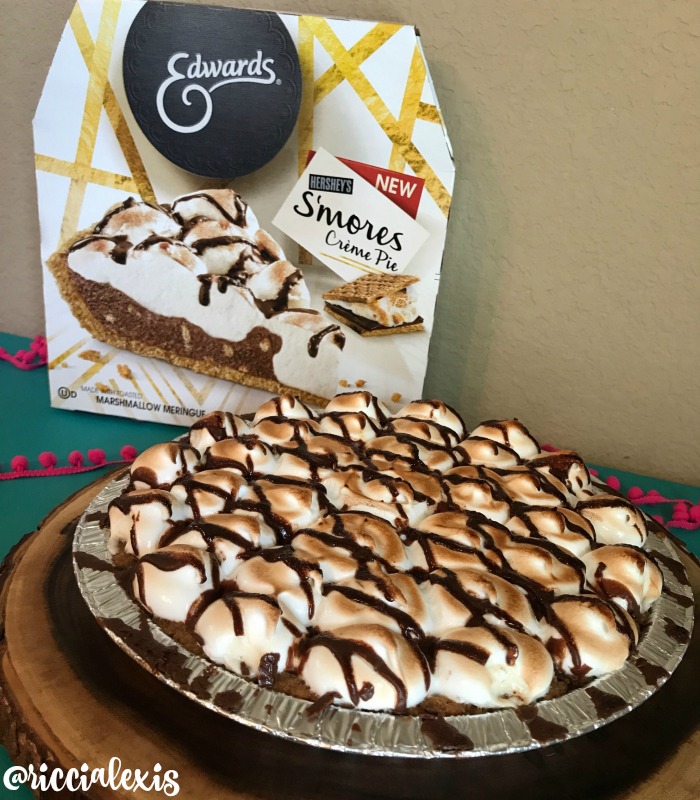 First things first I covered my counter in parchment paper because I just knew this was going to be an extremely messy undertaking. Then I rounded up my glasses (I used large mason jars), straws (large diameter because you can’t suck a shake through a tiny diameter straw), bowls and blender.

Side note- Last year I invested in a large Ninja blender (the one with the bowl and cups) and I can tell you that it has been worth every penny. It really blends things up nice and smooth and usually takes less than a minute to get the job done. WIN!

Once I could cut the pies I cut about a quarter of the Edwards S’mores Pie and put that, about a cup of vanilla ice cream and a couple of shots of marshmallow vodka in my blender and mixed that bad boy up. 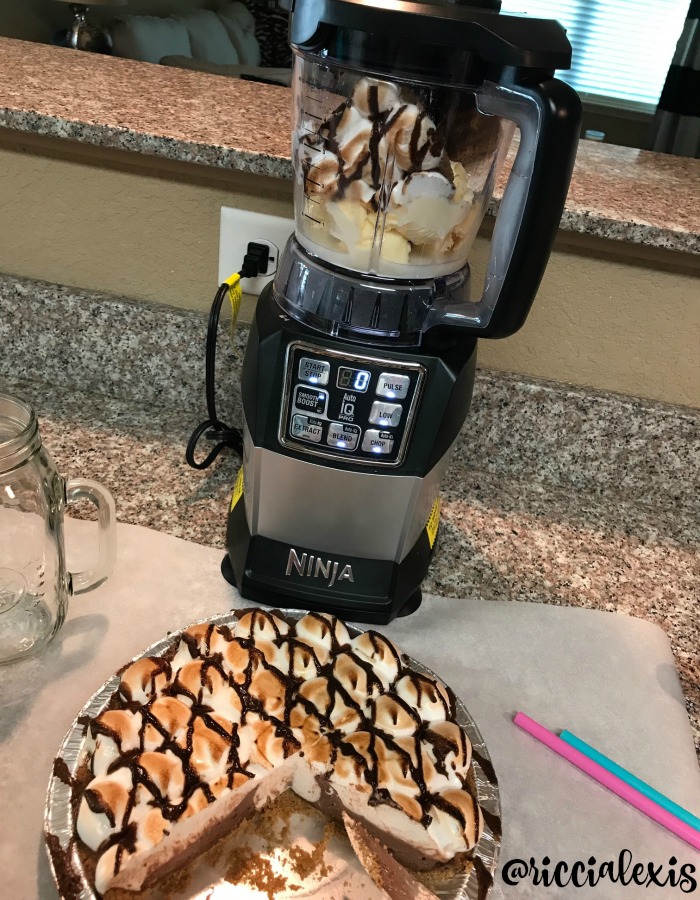 When that was good and blended I let it sit in the blender while I prepped my glass. First I poured a little chocolate syrup all over the inside of my glass. Then I smeared marshmallow fluff all over the outside rim of the glass with a knife and then dipped it into the graham cracker crumbs. I made sure to pour my crumbs into a bowl beforehand so it would be easier to dip into!

Once my glass was prepped I poured my shake into the glass, topped it off with some mini marshmallows and then drizzled the whole thing with some more chocolate syrup. Messy but DELICIOUS!! 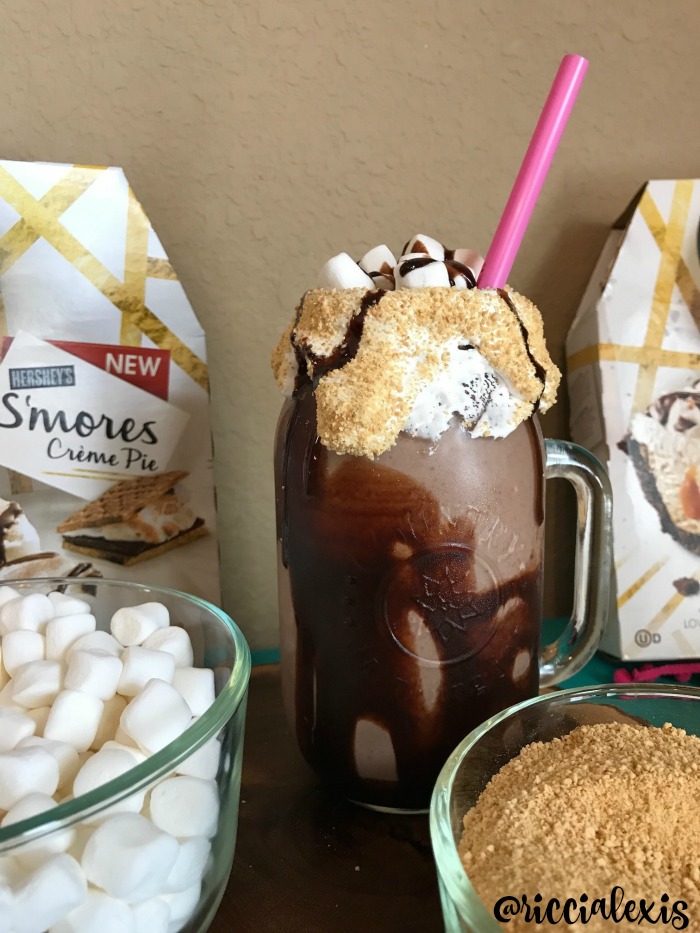 The good thing about the marshmallow fluff on the rim of the glasses was that it didn’t drip the way icing or frosting normally would. It stayed put and the graham crackers clung to it for dear life! HA! 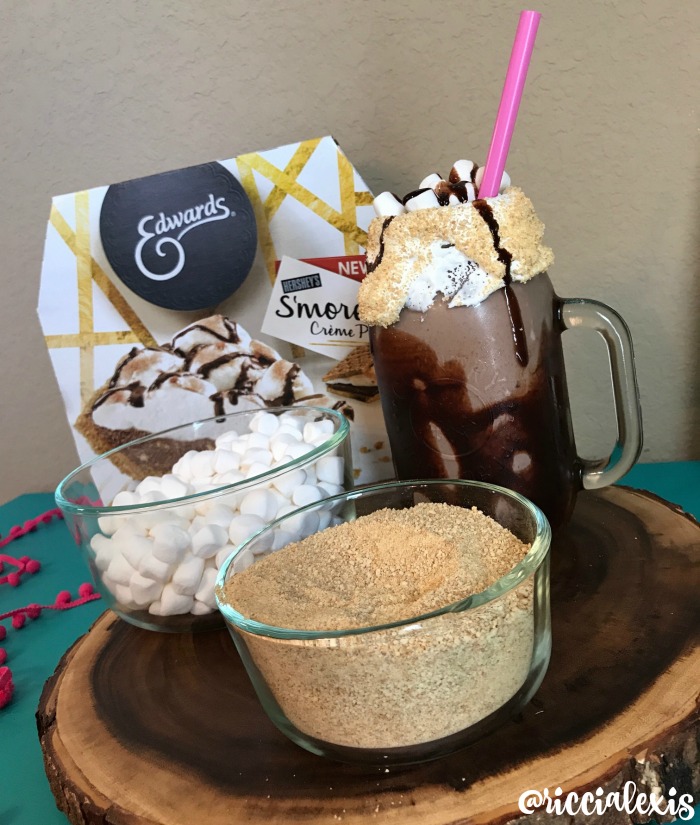 And that Turtle Créme Pie I mentioned earlier? Tasted just as good as it looked!! YUM!! 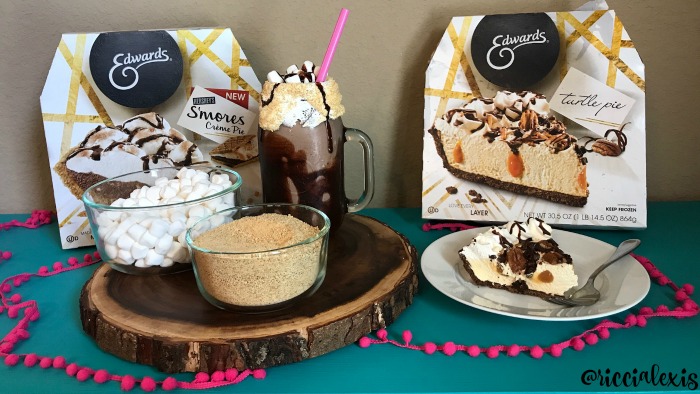 I think my Boozy Edwards S’mores Shake could give all the others a run for their money. It was pretty darn good if I do say so myself!! I will definitely be making this again and will be trying all of the Edwards pie varieties!! YUM!! 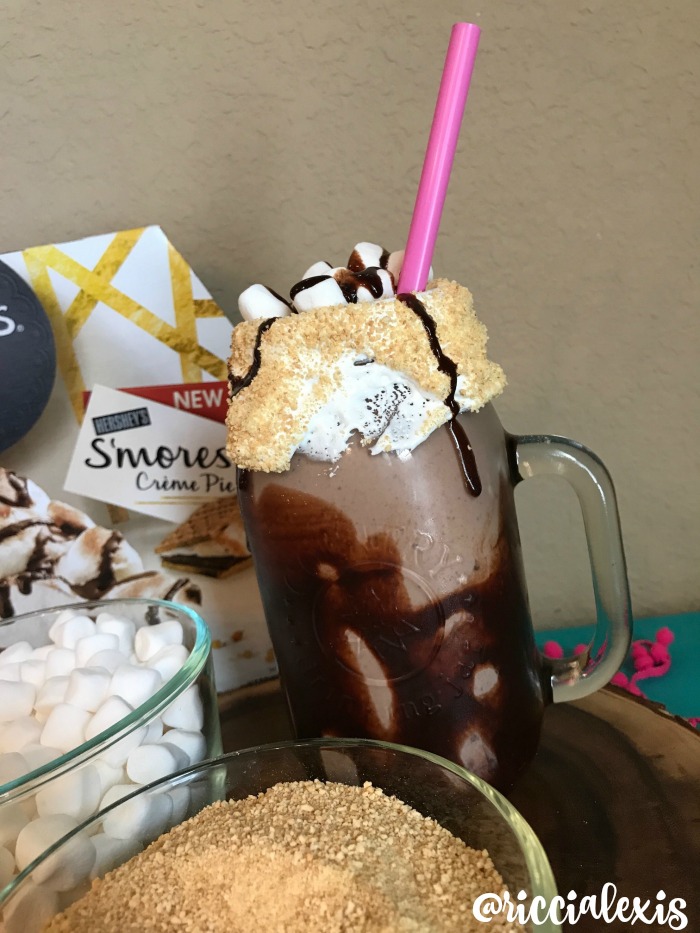 Have you ever had a boozy shake??
Have you tried Edwards pies??