Happy Hump Day!! Yesterday I left you hanging in Salem and today we are off to Boston! I think I told you yesterday that we actually stayed in Cambridge. Cambridge is about a 45 minute drive from Salem and even closer to Boston.

We decided to do a trolley tour of Cambridge/Boston and this worked out pretty perfect because one of the trolley stops was about 10 minutes from our hotel. We got up early, grabbed our Starbucks, and headed out for the day! Here we are about to get on our first trolley of the day… 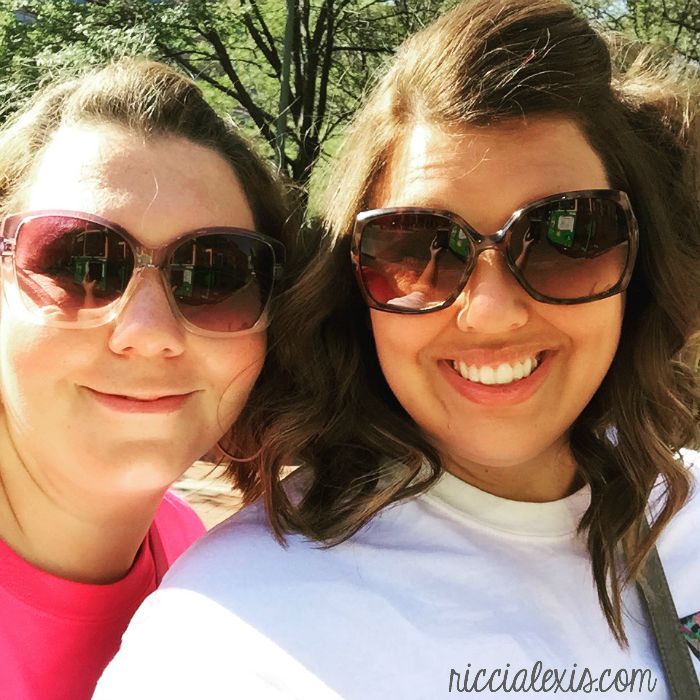 We decided to do the Boston tour first and the Cambridge last because then we would wind up back at the car. We are smart girls sometimes…LOL!

This is the first post office in the U.S. Isn’t it cute?? 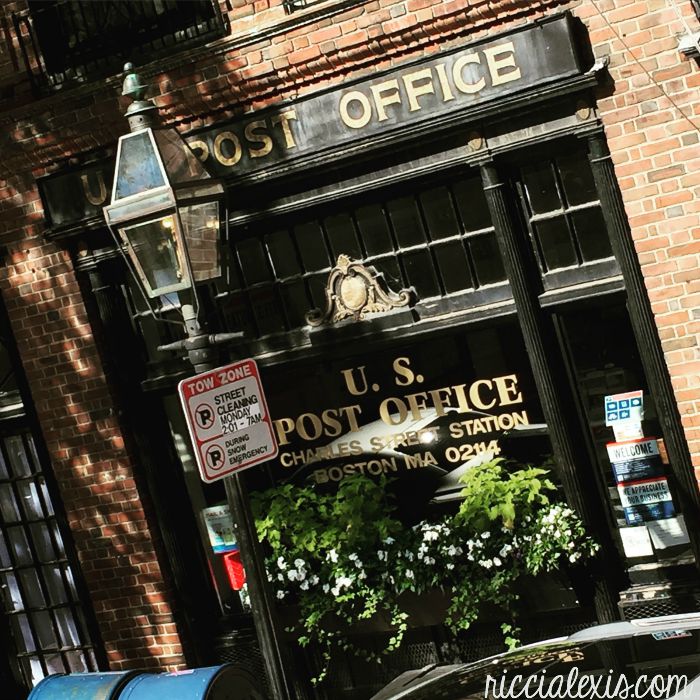 We also flew by the Massachusetts State House on our trolley tour…the dome on top is made out of 23 carat gold!! 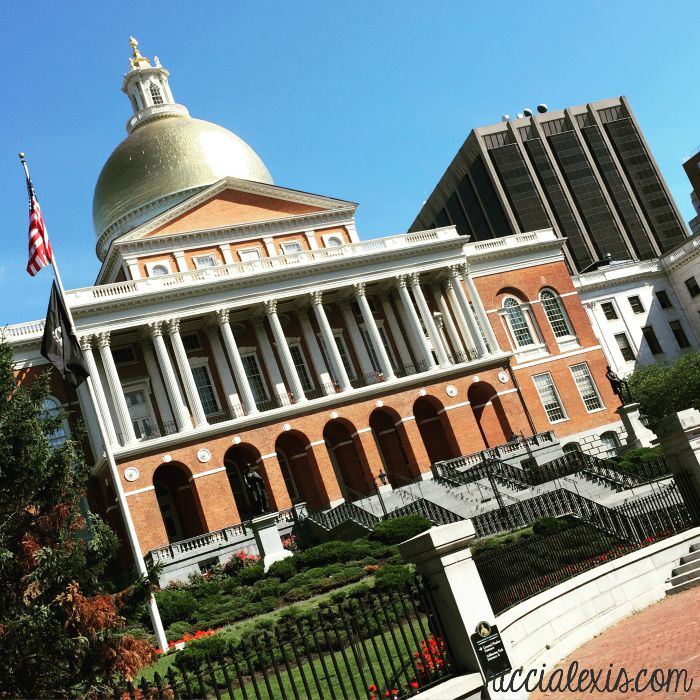 Our first actual stop was at Paul Revere’s House. The Paul Revere House is the oldest wooden house still standing in America today. We didn’t go in because we had drinks but it would have been really cool to see the inside! 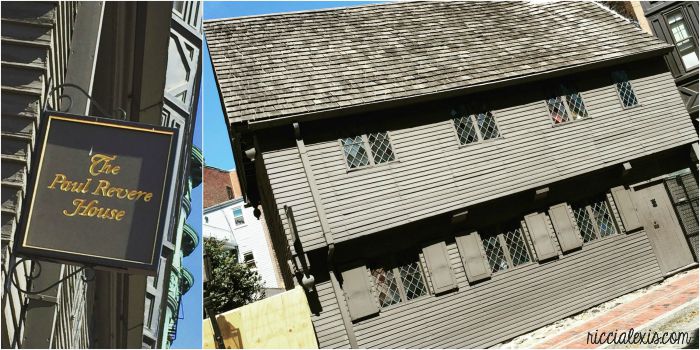 We saw these Freedom Trail markers all over the city and they are just gorgeous!! The Freedom Trail is a 2.5-mile-long path through downtown Boston that passes by 16 locations significant to the history of the United States. 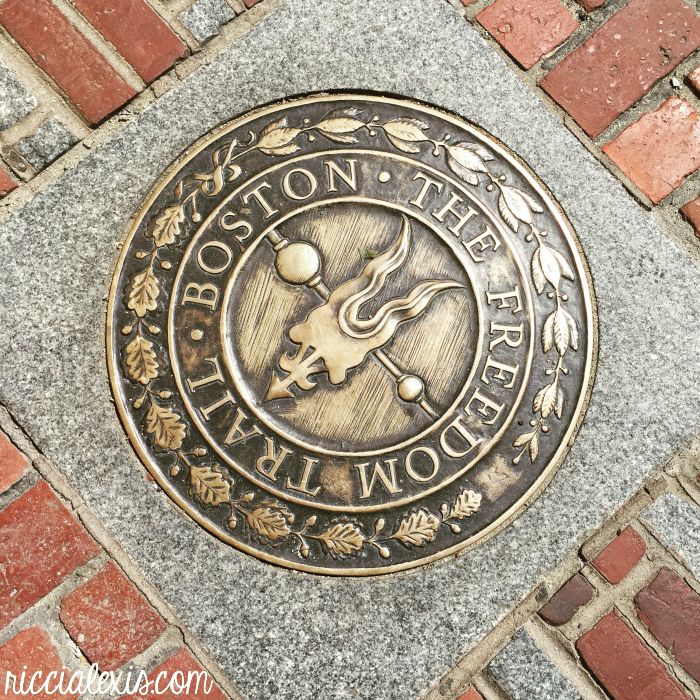 After the Paul Revere House we took a trolley to our next stop, a boat for a tour of the Boston Harbor!! Did you know that every child in Boston has the opportunity to learn to sail for free?? We also got to see the very first U.S. Coast Guard Station and the ship that tried to rescue the Andrea Gail (from the movie The Perfect Storm). It was really nice being out on the water! 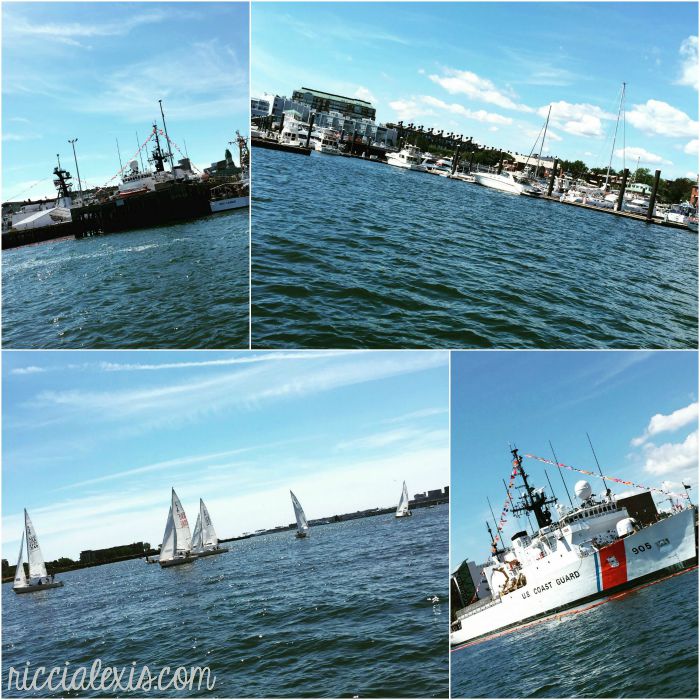 After our Harbor Tour we were starved so we hopped back on our trolley and headed back into Boston. We ate an authentic Boston lunch at Ye’ Olde Oyster House, the oldest restaurant in the U.S. It was amazing!! I got the Clam Chowder, a Lobster Roll, and Libby and I split the Boston Cream Pie. AMAZING. 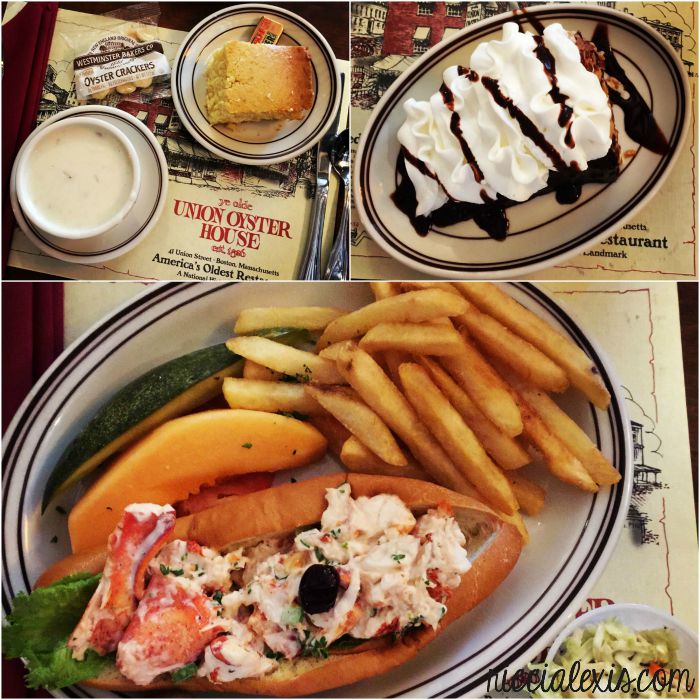 We walked around after that amazing meal and saw The Old State House, where the Declaration of Independence was read for the first time out loud on that balcony, and the site of the Boston Massacre. I think it was really cool to actually get to see the Declaration of Independence in DC, see where it was signed in Philly, and then see where it was read for the first time in Boston. I had a very “I’ve come full circle”/National Treasure moment. 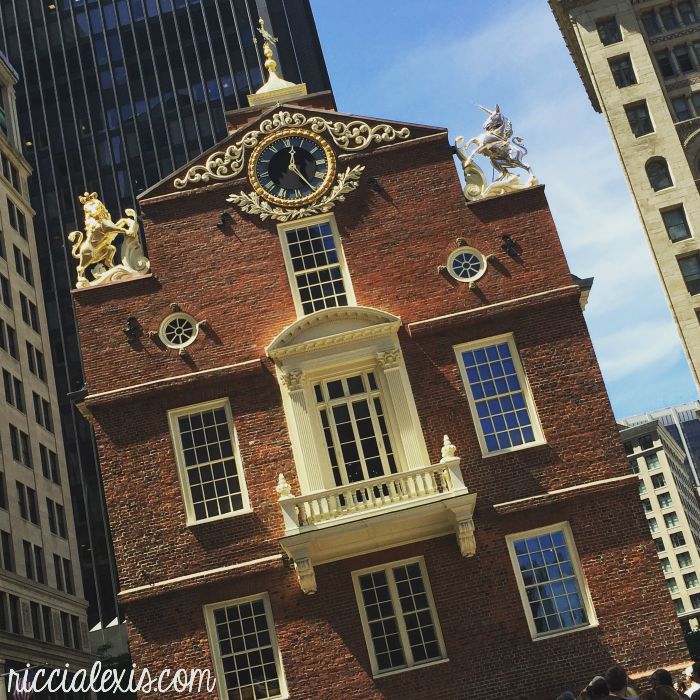 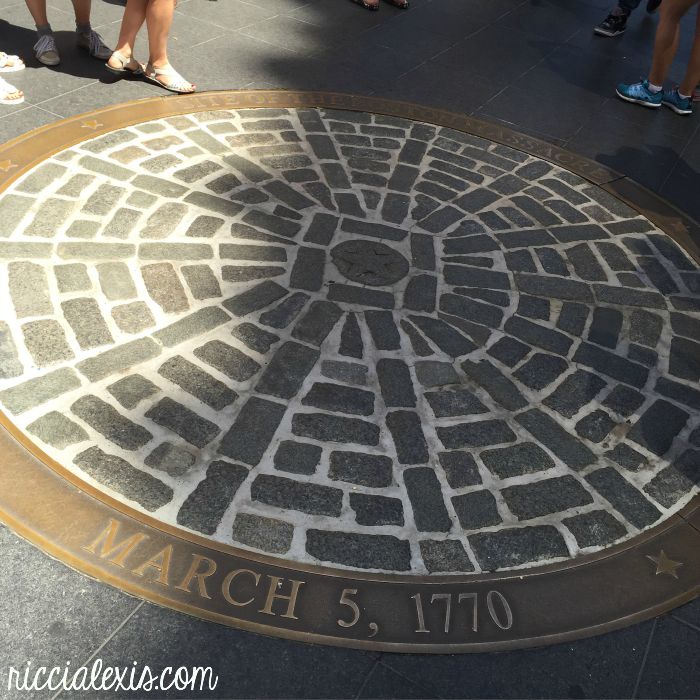 After all that walking we hit up the trolley again and rolled by Cheers, where everyone knows your name… 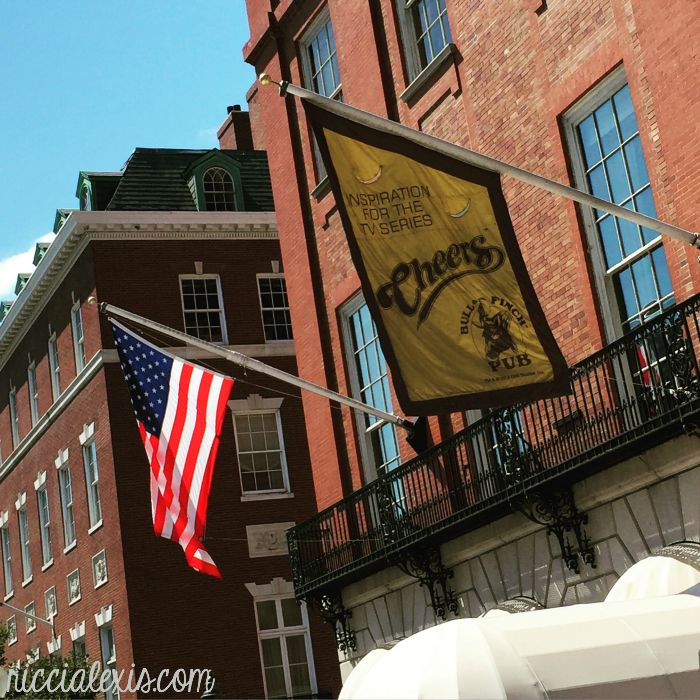 …and one of the first fire stations in the U.S.! 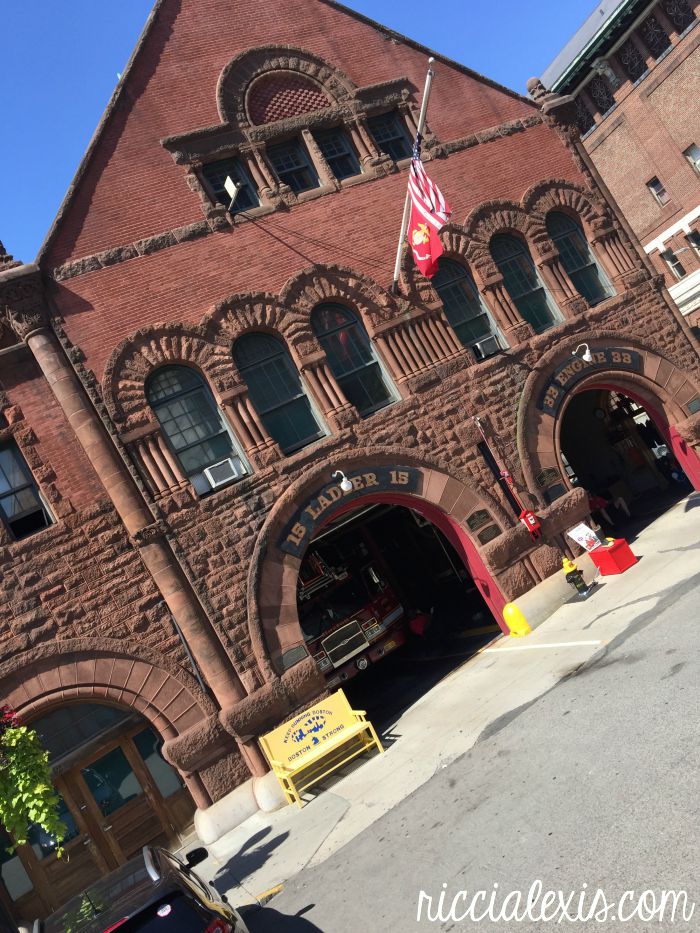 We also rode by the Boston Commons and the theater district. There is so much to see and do in Boston!!

There are tons of colleges in the Boston area but one of the most interesting buildings belongs to the Boston Architectural College. Gorgeous, right?? 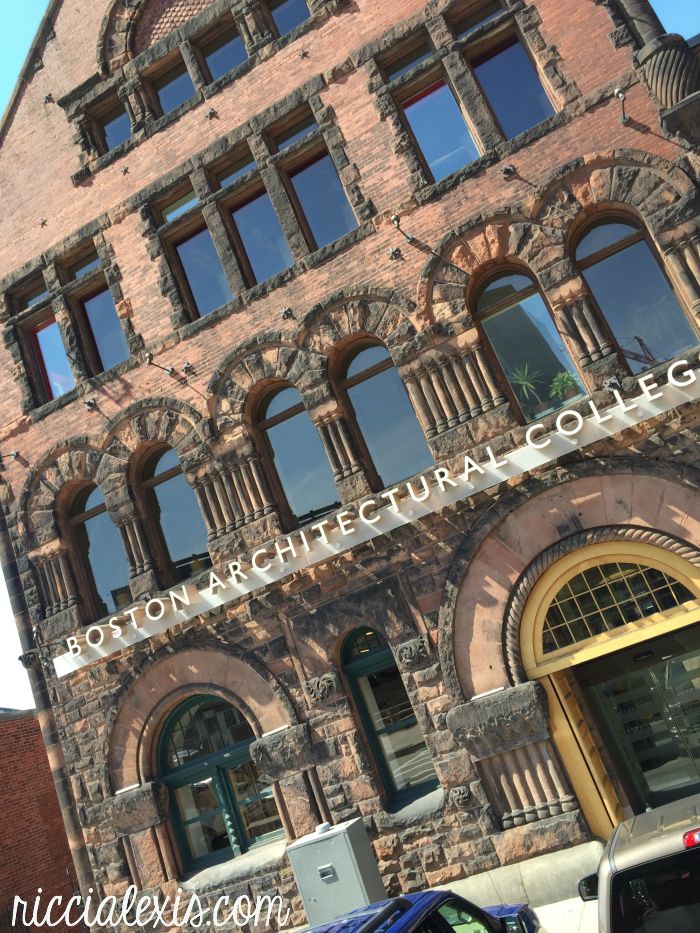 One of our last stops in Boston was Fenway!! We got to do a walking tour of the stadium and it was so awesome that it deserves an entire post of it’s own. That will be coming next but here’s this pic to tide you over… 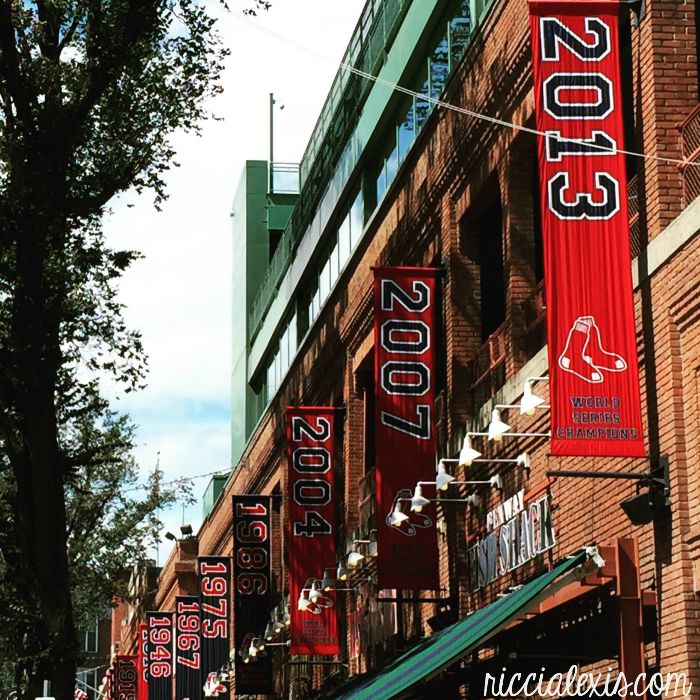 That was it for Boston and after our Fenway tour we took the trolley back to Cambridge. We didn’t have much time to spend in Cambridge so we did a little shopping and then headed back to the hotel.

I loved Boston and wish we had more time to spend there.

Have you ever been to Boston??
What was your favorite thing to see/do??