Road Trip Recap is back!! After touring the White House we had a whole day free to go and tour DC. As we were leaving I couldn’t help and take this pic… 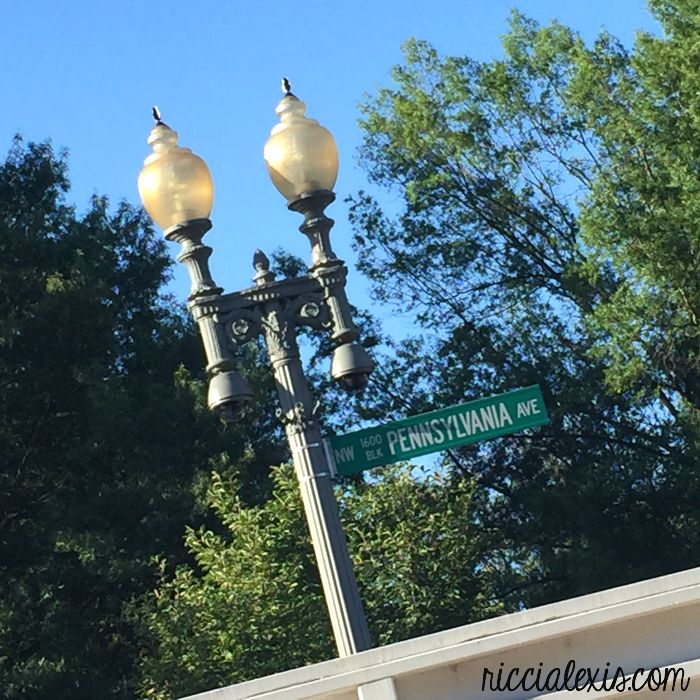 For our day 2 adventure in DC we bought tickets to a hop on/hop off trolley, the Old Town Trolley Tours, and I highly suggest this tour option because not only will you save your feet but you will get to see soooo much more of the city without wasting time trying to walk everywhere like we did on Day 1.

While walking to our first trolley stop we walked by the US Department of the Treasury. 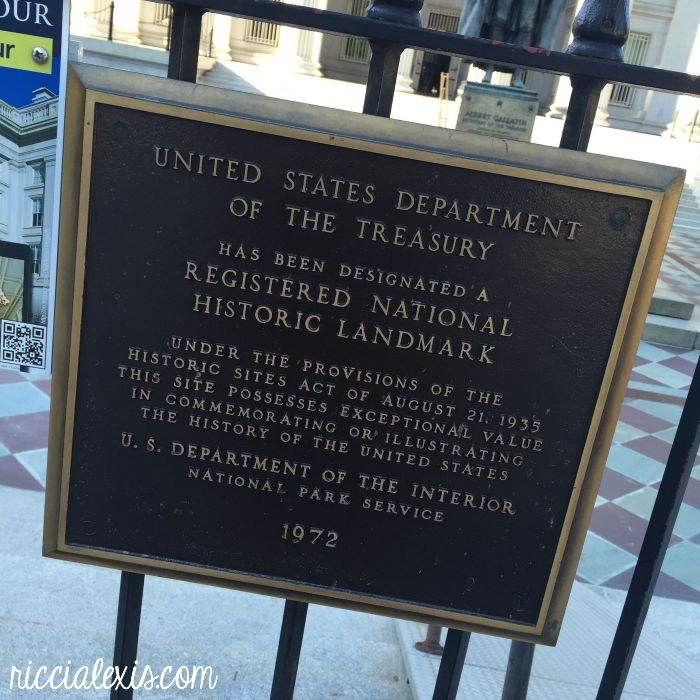 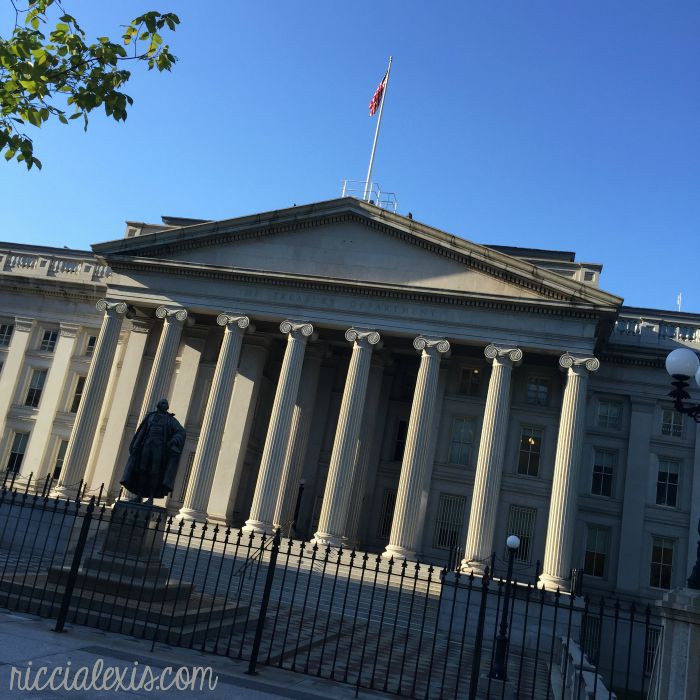 And across the street from the treasury was this statue. DC is full of amazing statues and I wish I had time to see them all. I still can’t get over just how much history is everywhere in DC. Side note- I can’t even remember what this statue is!! I’m 99% sure that George Washington is on top but that’s about it. HA! 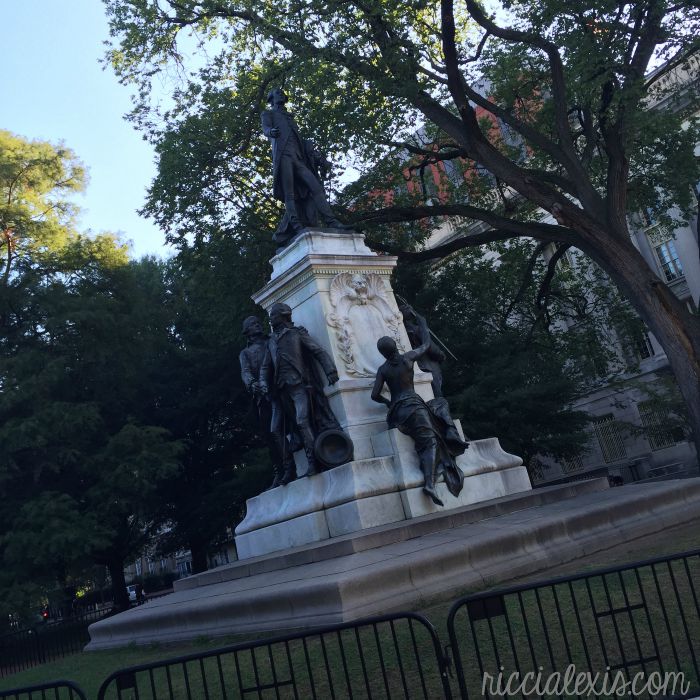 We also passed this awesome building that reminded me of the Flat Iron building in NYC. 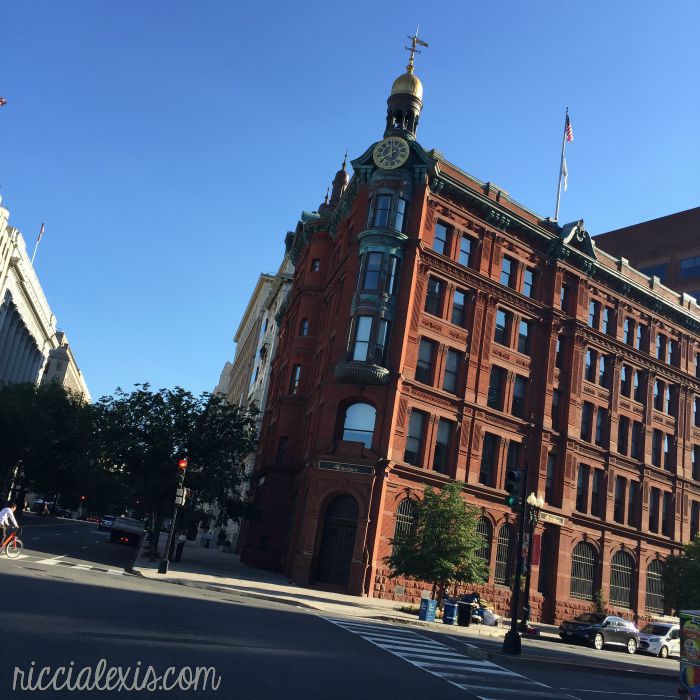 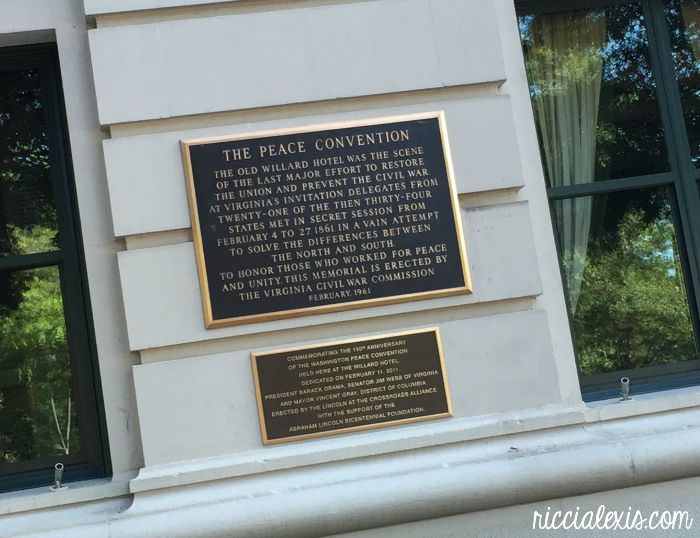 …and then we finally made it to the trolley!! Old Town Trolleys have open air tops that you ride in and it was so refreshing after being on our feet all day the day before. 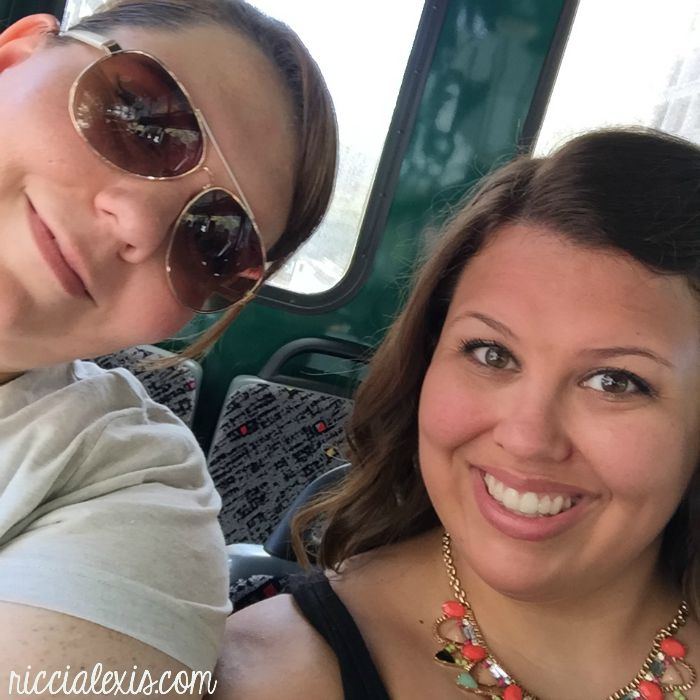 Our first trolley stop was the National Archives. We got to see the Declaration of Independence, the Bill of Rights, and the Constitution. Obviously we couldn’t take pics of them but it was an amazing experience! I really hope that everyone has the chance to see the documents in their lifetime. 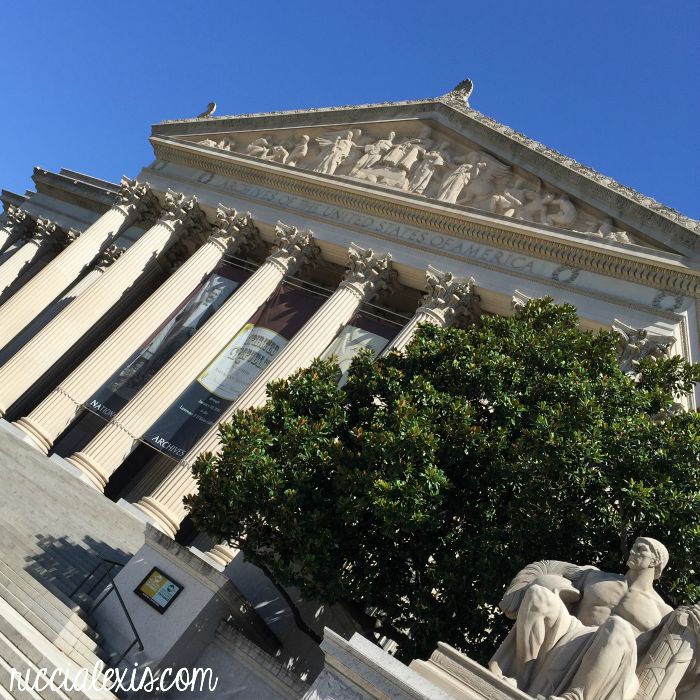 Our next trolley stop was Union Station. It is the second most beautiful train station in my opinion. First being Grand Central, duh. 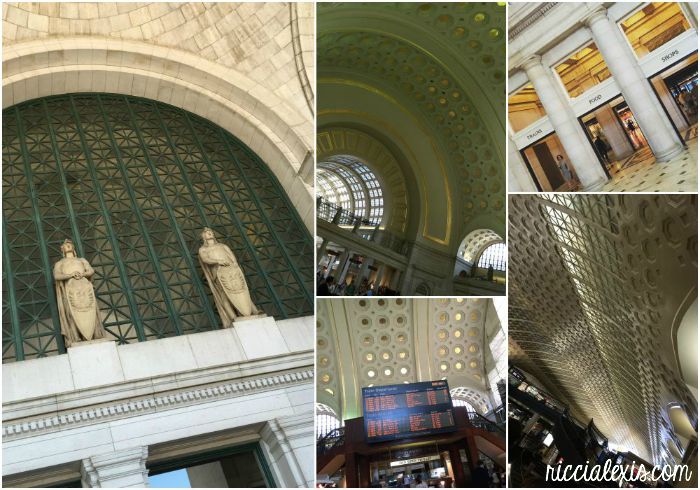 Union Station has a huge food court and we decided to grab lunch at DC Half Smoke. We also grabbed a little treat from a macaroon stand… 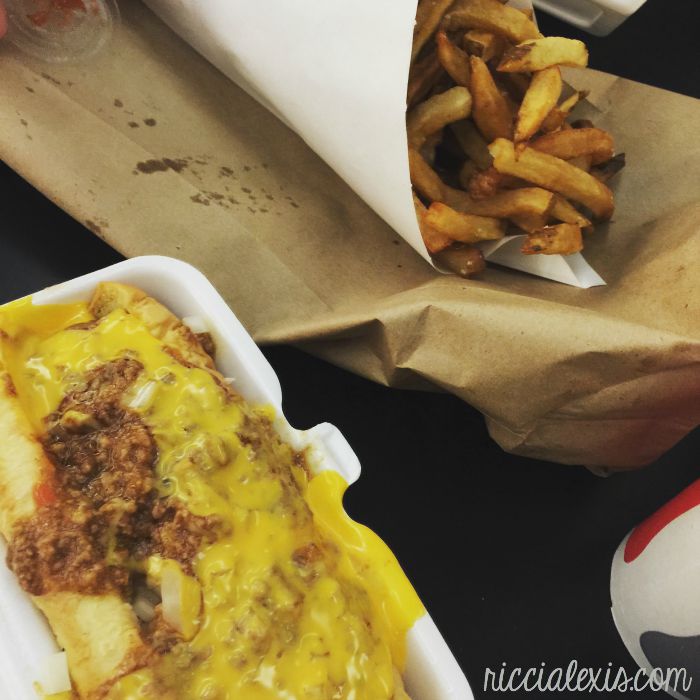 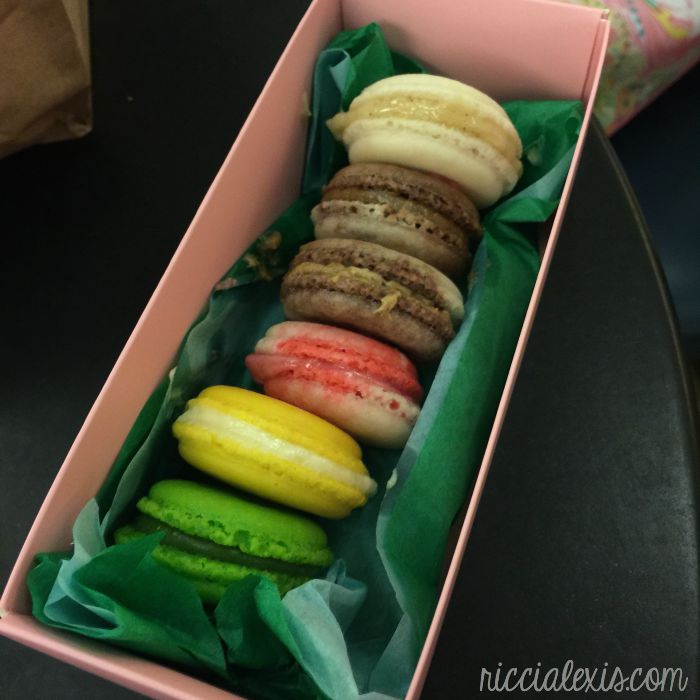 After all that self indulgence we hopped back on the trolley and headed to our next stop, the Thomas Jefferson Memorial. 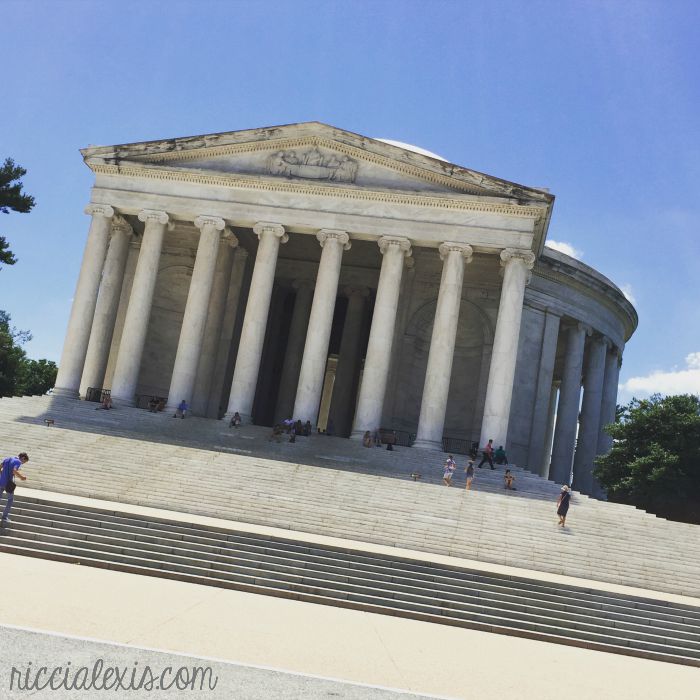 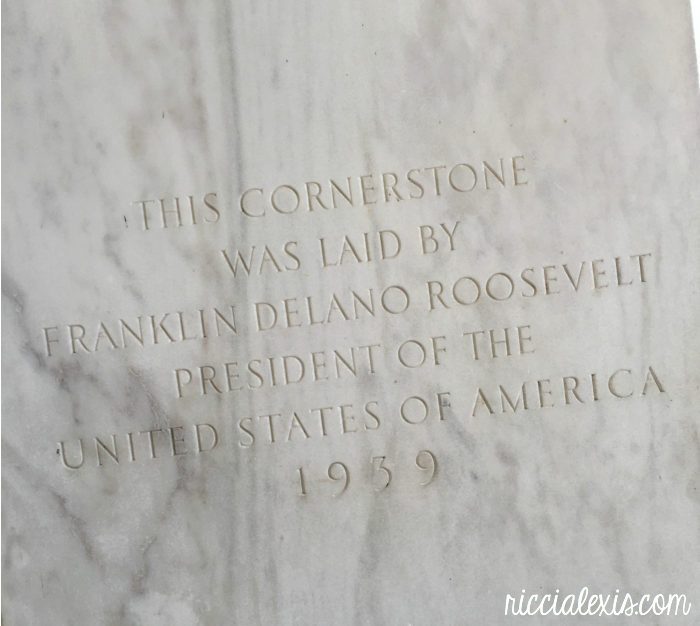 Our trolley package also included a tour of Arlington Cemetery and so we went there next. What was supposed to be a quick one our tour turned into two and a half hours of a dehydrated mess. After our experience I’m not sure I will be going back – ever.

Arlington Cemetery has trolley tours too and you can hop on and hop off at various locations like the John F Kennedy gravesite, the tomb of the unknown soldier, and the changing of the guard. Our first stop was the John F Kennedy gravesite, which was amazing, but then it took over 30 minutes to catch the next shuttle and we were staring in a long line with no shade or water. The second stop, the tomb if the unknown soldier, already had a super long lone of people waiting to get on the trolley so we knew we would be there forever and had so much more of DC to see that we just stayed on the trolley. When we made it back to the welcome center the only water available for purchase was hot but by that point we didn’t even care. Two and a half hours of hot and sweaty will make you super cranky and thirsty so you won’t even care by that point.

All that being said I am really glad I got to go and wish it had been a better experience. 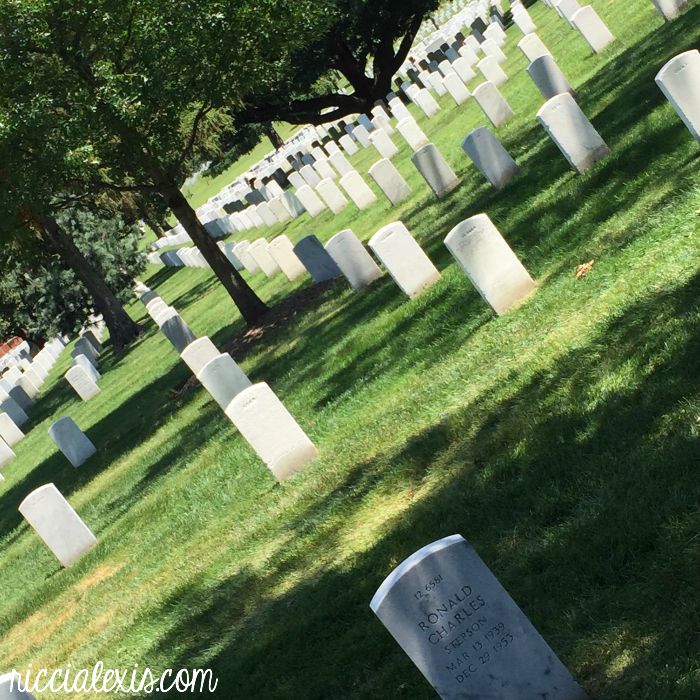 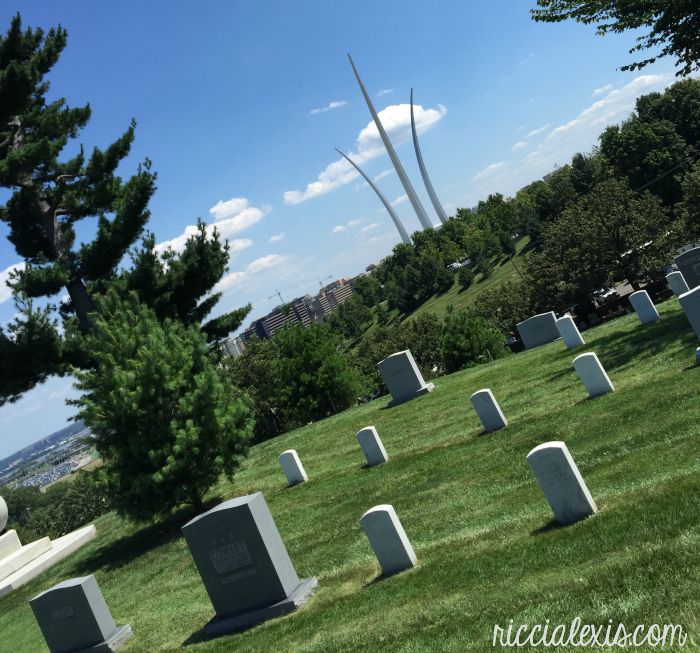 John F Kennedy’s gravesite…Jacqueline Bouvier Kennedy Onassis is buried to his right and two of their children, Patrick Bouvier Kennedy and an unnamed stillborn daughter, are on either side of them. The Eternal Flame was burning at the head of the stone markers. 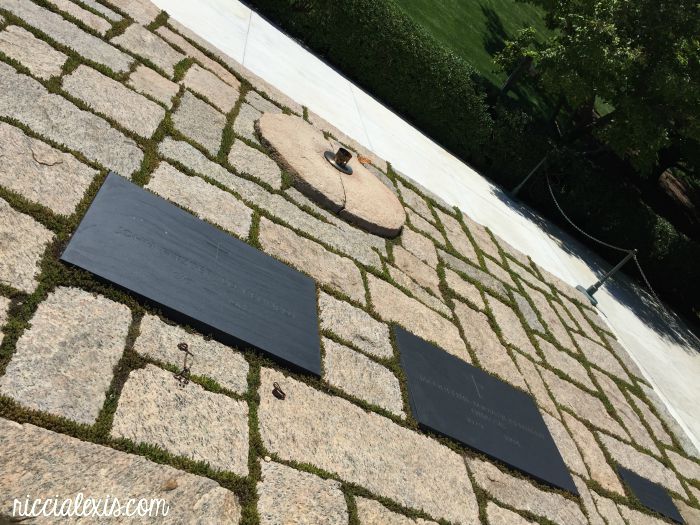 That was very emotional to see and well worth the two and a half hour sweaty mess were at the end of our tour.

After the Arlington Cemetery tour we saw the Korean War Veterans Memorial. 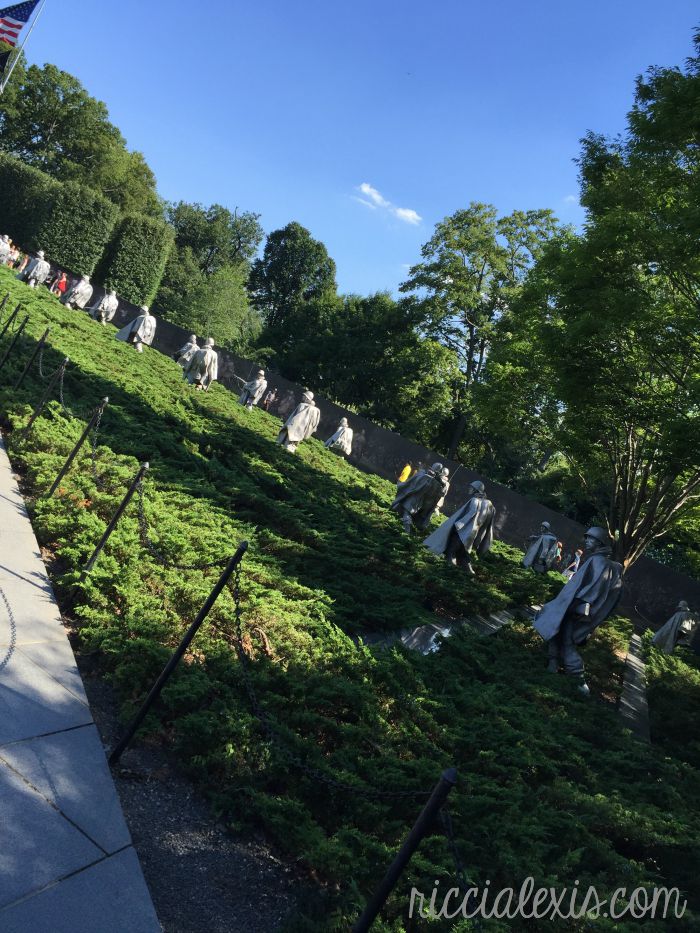 We made the short walk to the Lincoln Memorial after that and it was truly amazing!! It’s no secret that Lincoln is one of my fave presidents and so I was super excited about this!! 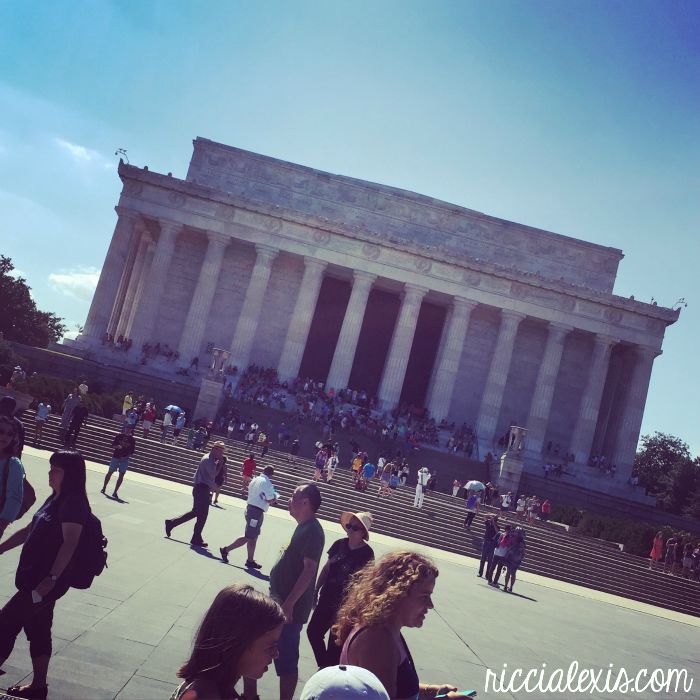 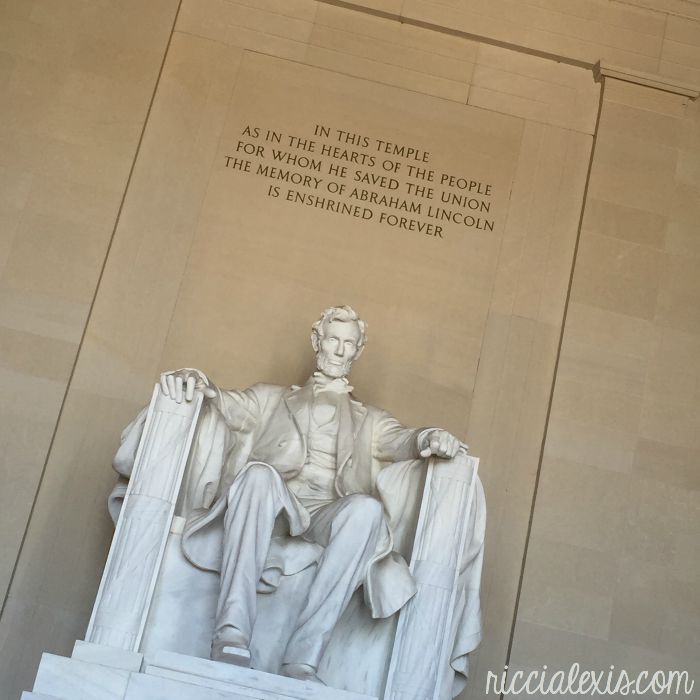 And you know I had to take a Lincoln selfie!! 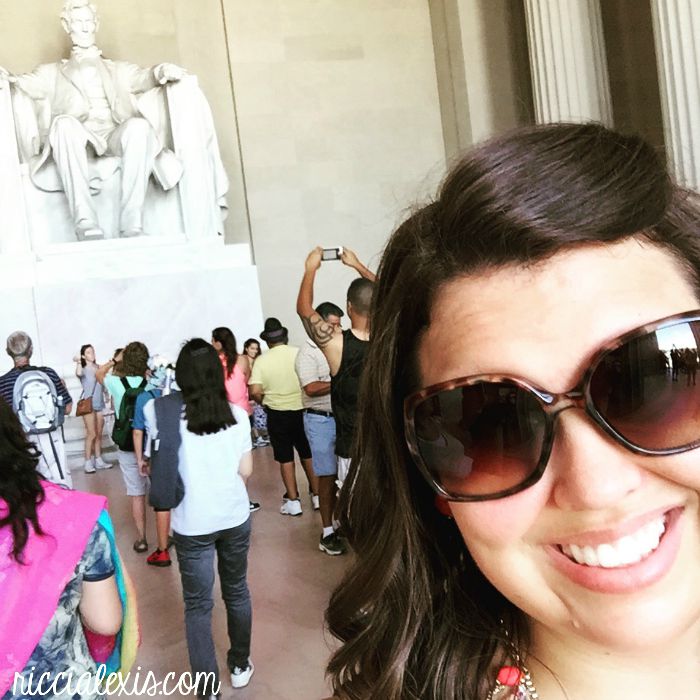 And I got another shot of the Washington Memorial from the top step of the Lincoln Memorial. 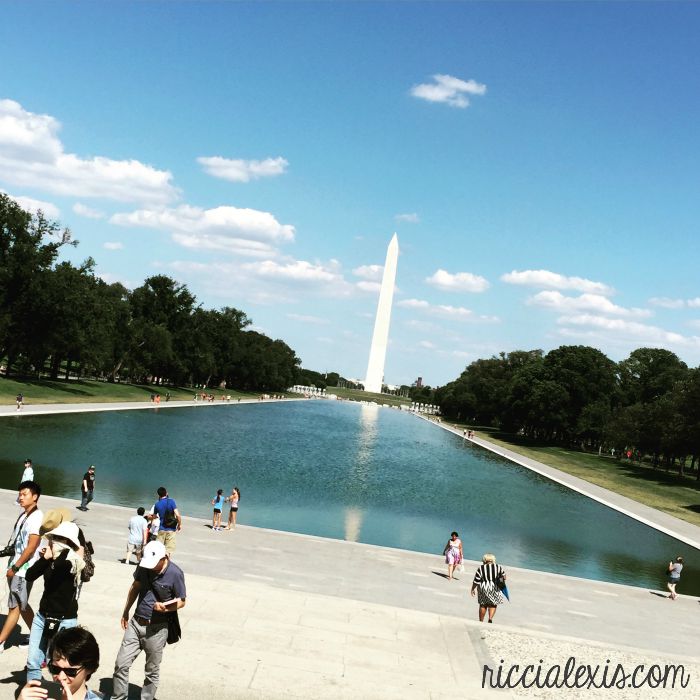 The WWII Memorial was by the Lincoln Memorial so we headed there next! It was really hard to get a good pic of the memorial because it was so reflective. 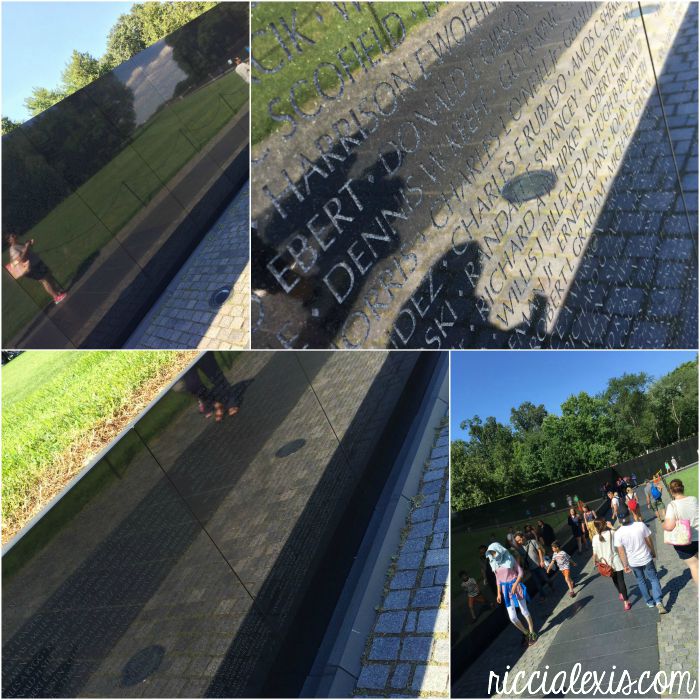 Our last stop of the day was the Holocaust Museum. By the time we got there the regular exhibits were closed but we got to go through all the special exhibits. It was very emotional reading all the stories, seeing the live videos, and seeing all of the memorabilia. I’m kind of glad that was our last stop of the day. 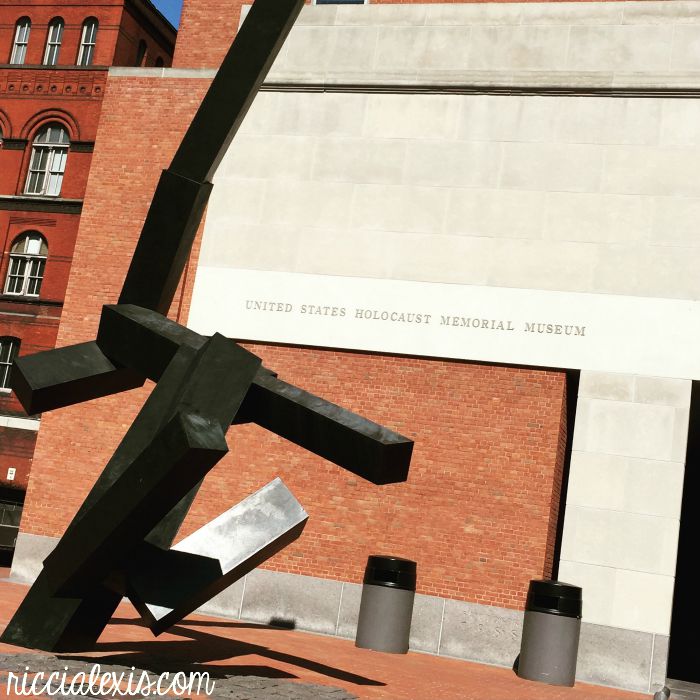 After I navigated DC traffic and we got back to our hotel we ordered pizza and called it a day. The next day we got up early-ish and headed out to our next stop on our trip… 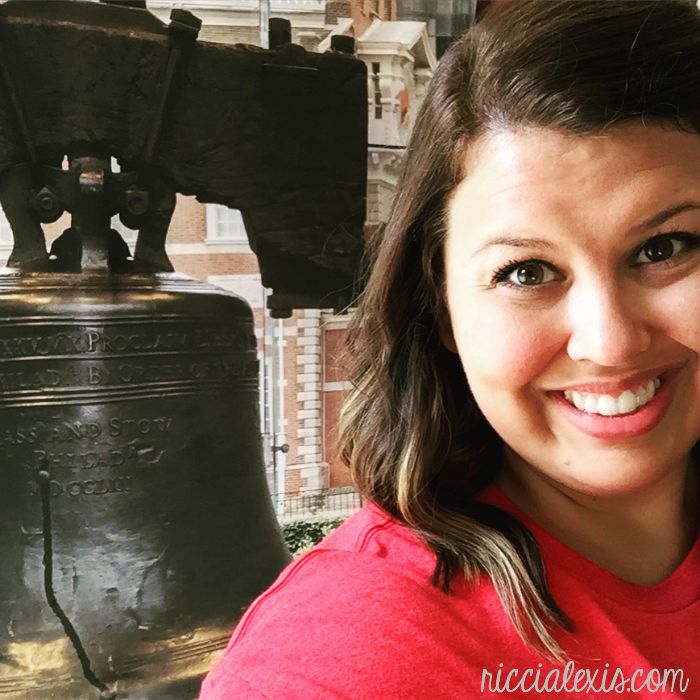