Let me just start this post by saying how MAD I am!! I write my monthly “what I’m reading” posts once a month, usually around the beginning of the month and I keep up with all of the books I read via the notes app on my phone. A couple of weeks ago I was at my niece’s pageant and was almost dropped my phone but I caught it and somehow deleted the notes app on my phone in the process?? HOW Does that even happen?? I don’t know. But no big deal because I thought I could download the app again and all my notes would be there. Right?? WRONG!!

All of my notes were deleted including all of the books I read in the month of September. I was so MAD at myself!! I had already read almost ten books for the month (my usual amount) and couldn’t remember them all. And in a weird twist of fate my library switched the mobile app they use so my reading history was deleted at the same time. So today I am blogging about the seven books I can remember reading in the month of September. Booooo!!

Enough whining, let’s get to today’s post. If you are new around here you should know that one of my New Year’s Resolutions was to read 100 books. With this month’s seven books I am up to a total of 89 books so far this year! While I am super proud of that goal I know it should be more. Ugh. Alright, alright, enough whining already. Let’s see what books I read in September! 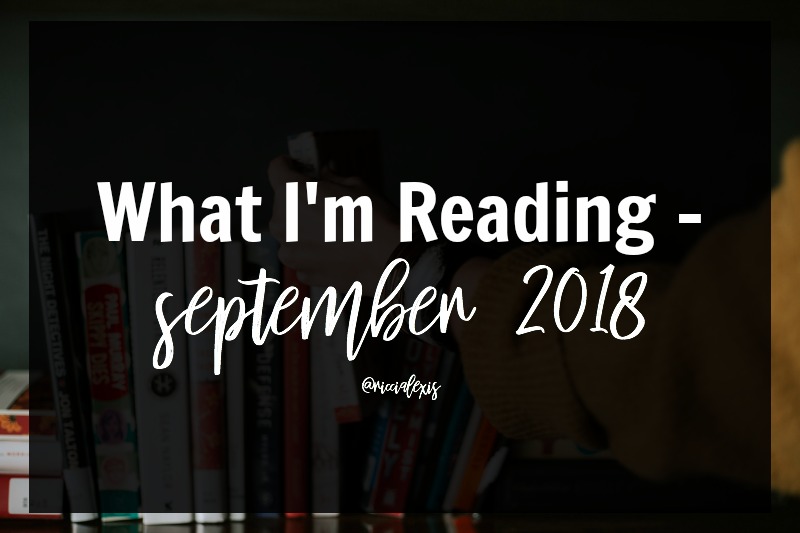 ONE. Rich People Problems by Keven Kwan. The final book in the Crazy Rich Asians series, of which I still have not seen the movie, I think I loved this book the most! It is such a sad story and yet in parts I was literally laughing out loud! I seriously loved this series and can’t wait to see what Kevin Kwan does next!!

“[A] hilarious family drama… This delightfully wicked family saga will have you laughing over your summer daiquiris at the long-buried secrets of Asia’s most privileged families and their rich people problems.” —Redbook Magazine, “20 Summer Beach Reads to Stock Up On Now”

TWO. Dream a Little Dream by Kerstin Gier. My first YA book of the month, Dream a Little Dream is the first in a new (to me) triology by Kerstin Gier. What first drew me to this series is that it’s based in London, only the number one place on my travel bucket list, and that it’s about characters who have traveled the world and are now exploring traveling in their dreams. Of course there is a love story as well as fighting demons and everyday life. I loved this book and can’t wait to read the rest!!

“Teen romance readers will enjoy the clever writing and repartee between Liv and her love interest, Henry . . . A smart twist at the end will make readers eager to see what the future holds for the pair and what new plot surprises will be conjured up in the planned trilogy.” ―Booklist

THREE. My Sister’s Grave by Robert Dugoni. My first murder mystery of the month this book had me on the edge of my seat! It’s about a woman who is a detective and learns of old evidence that is found in connection with her teenage sister’s disappearance that happened over 20 years ago. It’s so good and takes place in Seattle and I LOVE me some Seattle!! It is also the start of a series about the detective and I didn’t realize that so I guess I have a new series to read??

“Yes, a conspiracy is revealed, but it’s an unexpected one, as moving as it is startling…The ending is violent, suspenseful, even touching. A nice surprise for thriller fans.” —Booklist

FOUR. Empire of Storms by Sarah J Maas. As the fifth book in the Crown of Thorns series, this may be my favorite book in the series so far! It really ties a LOT of the characters together and has a few pretty EPIC battles that I had to read more than once to make sure I got everything! LOL! I can’t wait for the next book already!! Warning, these books are really long! 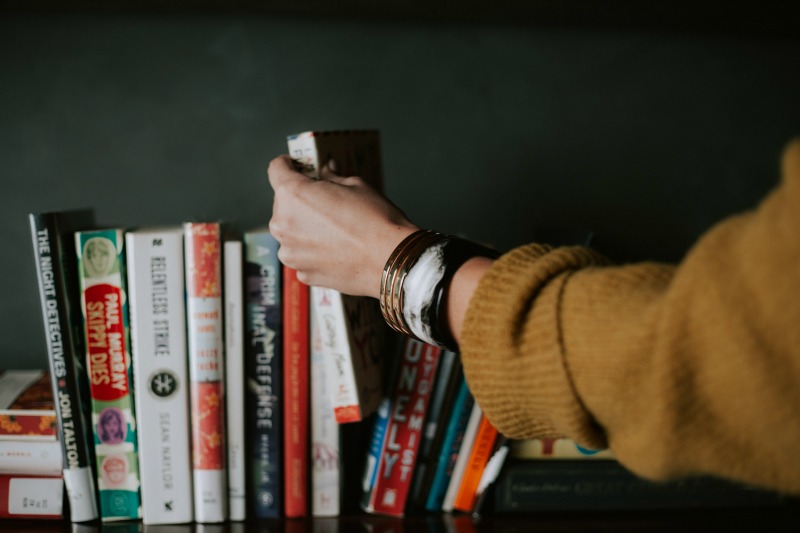 FIVE. The Girl Who Chased the Moon by Sarah Addison Allen. I have read a few Sarah Addison Allen books and I have loved them all. They are all whimsical, small town based, southern, chick lit books that I can’t put down! This one is about a girl whose Mom passed away and so she has to move in with a grandfather she has never met before. She meets some pretty quirky characters in her new town and discovers a lot about her Mom that she never knew before. It’s a really great read!

“A dusting of magic, the aroma of sugary cakes swirling through the breeze, and a girl who unwittingly brings change to a town of misfits make for a sweet summer story filled with hope and forgiveness.”—Beth Hoffman, author of Saving CeeCee Honeycutt

SIX. Without Meritt by Colleen Hoover. I have heard a LOT about Colleen Hoover books lately and I decided I needed to read one! This is the only one my library offers online and I have to say that I was not disappointed with it at all! Now I need to find more of them…LOL!! This book is about a girl named Meritt, her twin sister and their entire dysfunctional family. It covers family relationships, love, friendships, secrets, lies, depression and more. It was SO DANG GOOD!!

“Merit is complex and charming as she struggles with depression, and Hoover shines here as she reveals hope glowing within a house of dysfunction.” -Booklist (5-star review)

SEVEN. One of Us is Lying by Karan McManus. This book gave me serious “13 Reasons Why” vibes. It’s about three students who are in detention and in a weird twist of events one winds up dead. The whole book is based on finding out how the student died, why the five were in detention in the first place and why anyone would hurt the one. It is seriously gripping and I was on the edge of my seat the whole time I was reading it. I can usually figure out the ending of books like this but I didn’t with this one! So good!!

“Pretty Little Liars meets The Breakfast Club” (EW.com) in this “flat-out addictive” -RT Book Reviews…story of what happens when five strangers walk into detention and only four walk out alive.

And that, my friends, is what I’m reading in the month of September. If you want to catch up on my previous month’s book posts here are January, February, March, April, May, June, July and August!

What books have you been reading lately?? 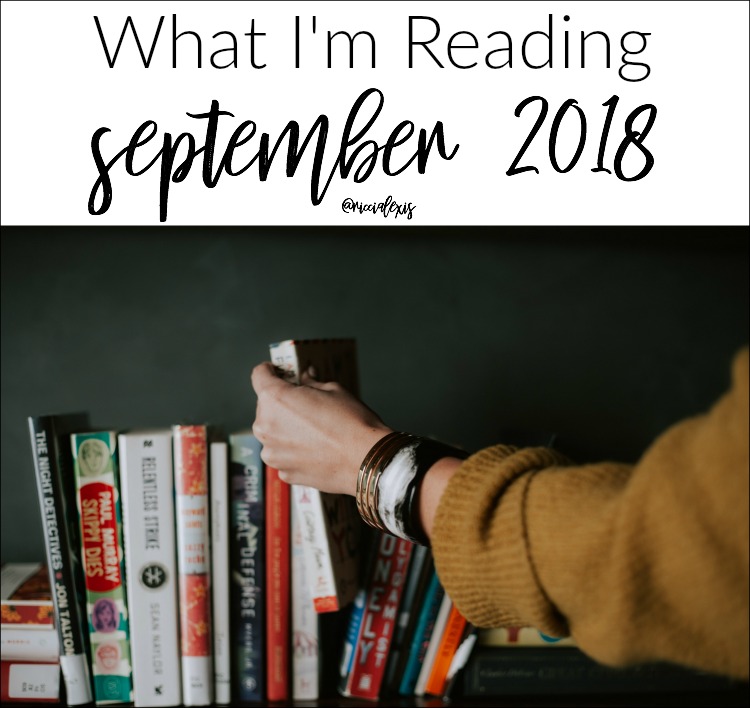