If you aren’t a blogger or social media influencer then you will probably have zero interest in this post. HA! But really though…today am going to talk about Instagram Pods and what I really think about them. This all stemmed from an article that was on BuzzFeed a couple of weeks ago titled “Facebook Removes 10 Instagram Algorithm-Gaming Groups with Hundreds of Thousands of Members”.

I remember seeing the article and skipping over it because I didn’t know what “algorithm-gaming groups” were but when I started seeing it popping up in all of my blogging facebook groups I knew I had to check it out. That’s when I discovered that it was all about Instagram Pods, Facebook groups that were all about them and that BuzzFeed had somehow infiltrated them and gotten them shut down. Bad move BuzzFeed. I mean, why? What did those groups really do to you? 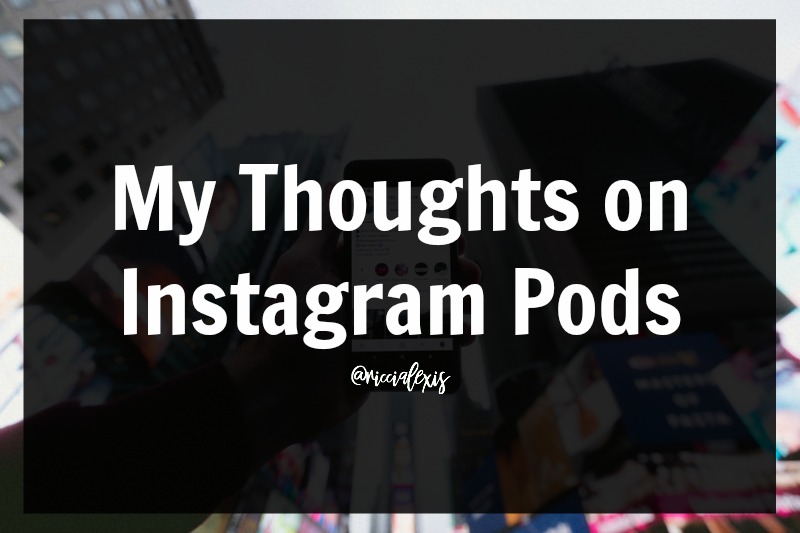 If you are confused as to what these groups did and why they got shut down let me explain.

An Instagram Pod is a group of like-minded people who share similar content on Instagram. They have a group message going on Instagram (or an outside messaging app) where they drop links to Instagram posts that they want more engagement on. When a link is dropped int eh group, everyone in the group must like the pic and/or comment on it usually in a certain amount of time.

The people in these groups doing all of this liking and commenting are trying to beat the dreaded “Instagram Algorithm”. They think that the more likes and comments you get on a post right after it’s posted the better chance it has getting seen by more people and for the most part, I think that’s true. Some people are relying solely on hashtags to get their photos in front of more eyes and some people are in these groups.

Here are my thoughts on the groups – I have talked about my love/hate relationship with Instagram recently and I think that as long as you aren’t buying likes (yes, that’s a thing) then you do you. If you want to hashtag the shit out of your photos then do it. If you want to drop a link in a group message and get likes then do it. The way I see it as you are doing the same for other people and it’s the same as bloggers supporting each other by sharing content so why not? If you feel like it helps, you aren’t hurting anyone and you’re not paying for likes then more power to you!

Have I participated in Instagram Pods in the past? Yes. I did once and I lasted about a week because being in a group like that is a huge time commitment and I couldn’t keep up. I got tons of traffic to my photos that way but it just wasn’t for me. Also, the people in my group were more fashion bloggers/Instagrammers and the people liking my posts weren’t people that would normally like what I post so it was kind of pointless. They weren’t my target audience. So if you do choose to participate in an Instagram Pod be sure that the people in your group have a similar aesthetic as you! 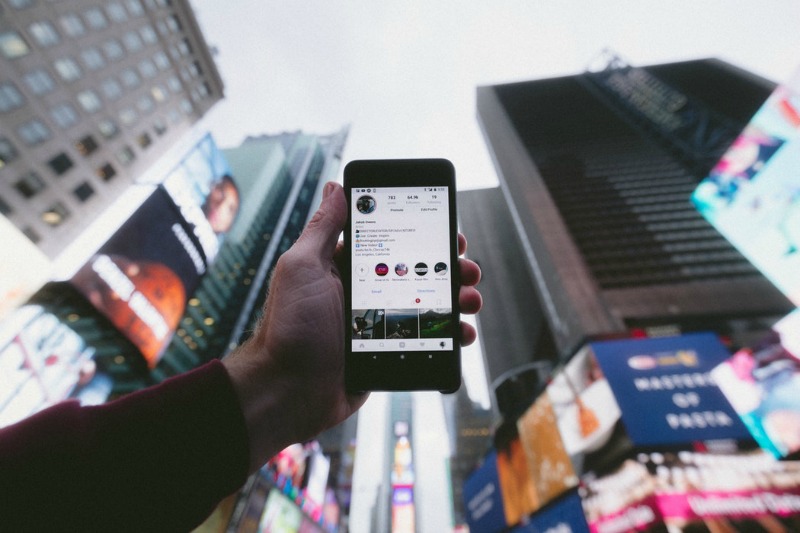 Where this whole thing gets tricky is that apparently now advertisers/people who want to work with bloggers/Instagrammers on sponsored posts are asking if they have EVER used Instagram Pods and are refusing to work with them if they have. WHY???

I have already stated my opinion on this and I think that refusing to work with people who use Instagram Pods is just wrong. I think that however you choose to get your content out there (as long as you aren’t paying/buying followers/likes/shares) and what you are doing is working for you then keep it up! The whole reason that brands work with influencers is to get their products out to new audiences and they want the influencers to share the shit out of the content so what if they choose put it in an Instagram Pod to get more likes? Or in a Facebook share group to get that post in front of as many people as possible? That’s what they want, right?

And what I want to know is how will they really know? If this is something the influencer does all the time and they don’t for that one post because a brand asked them not to and the the engagement sucks on that one post they can’t really be mad, can they? It’s what they wanted. And let’s not forget the Facebook and Instagram boosting tools. Brands want us to pay to boost those posts (legally) but they frown on “free” engagement that we get in pods and share groups? That just seems wrong to me. I say “free” because reciprocating and staying active in those groups takes lots of time!!

I get that brands want organic influence and ten years ago (shoot, even 5 years ago!) that would have been possible but the market is so oversaturated with influencers (both big and small) that it’s hard to get the likes, shares and comments that we once did without some kind of facebook sharing group or Instagram Pod.

In conclusion, I feel that BuzzFeed had no business “exposing” these Facebook groups for Instagram Pods because I’m sure they cut off some people’s livelihood. Now should those people have been relying on those group’s to get engagement? No, but I still think that BuzzFeed was in the wrong and I do think that influencers should feel free to share their content in Facebook share groups and Instagram Pods if they truly feel like they help them. 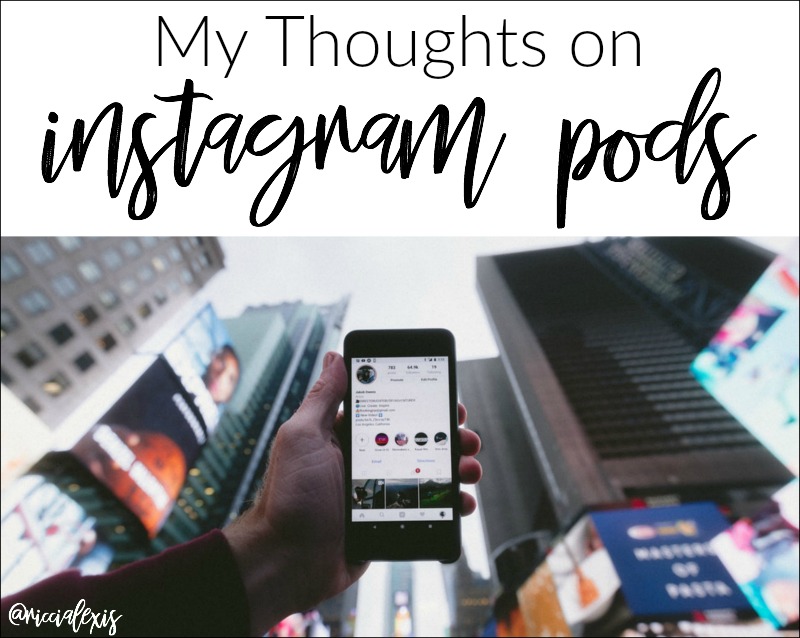 Ricci is a 38 year old content creator and digital influencer from central Arkansas. She is passionate about skincare, travel, reading, and being an advocate for women's health issues. She is dog mom to Sophie and an aunt to 10 amazing kiddos. riccialexis83@gmail.com