This past weekend I posted a pic of this amazing pasta dish I made on Instagram and immediately started getting texts and DMs asking me for the recipe so I’m assuming it looked pretty good?? It tasted AMAZING if I do say so myself!! There is just a special kick that sun-dried tomatoes add to a recipe, YUM! I actually got the inspiration for this recipe from Pinterest and modified it to my liking and renamed it Creamy Chicken Spinach Mushroom Pasta with Sun-dried Tomatoes!! Long name, easy recipe!!! 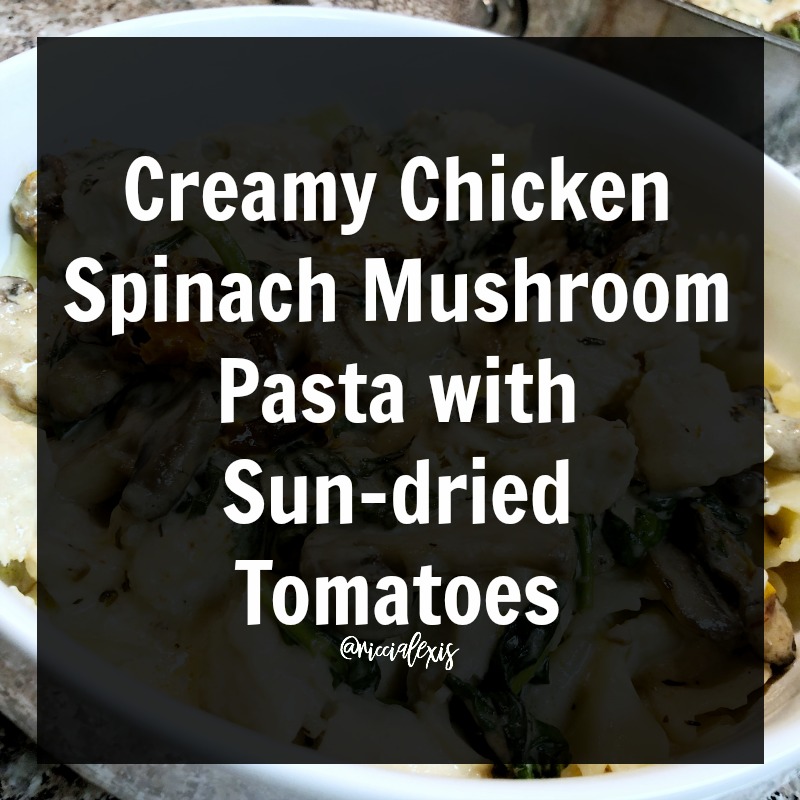 For this recipe I was originally going to lighten it up and make it with zoodles but I forgot to grab some zucchini from the store and had half of a box of bow tie pasta in my pantry so that was that, regular pasta it was! I also love that the “sauce” you can eat alone, which I did when I ran out of noodles, HA!

The original recipe didn’t call for spinach but I love to throw spinach in pasta to kick up the nutritional value and make my food look prettier. Plus, just like in smoothies, you can’t really taste it. I tried throwing substituting kale for spinach but it just tastes a little too bitter for me. Do you like kale?? 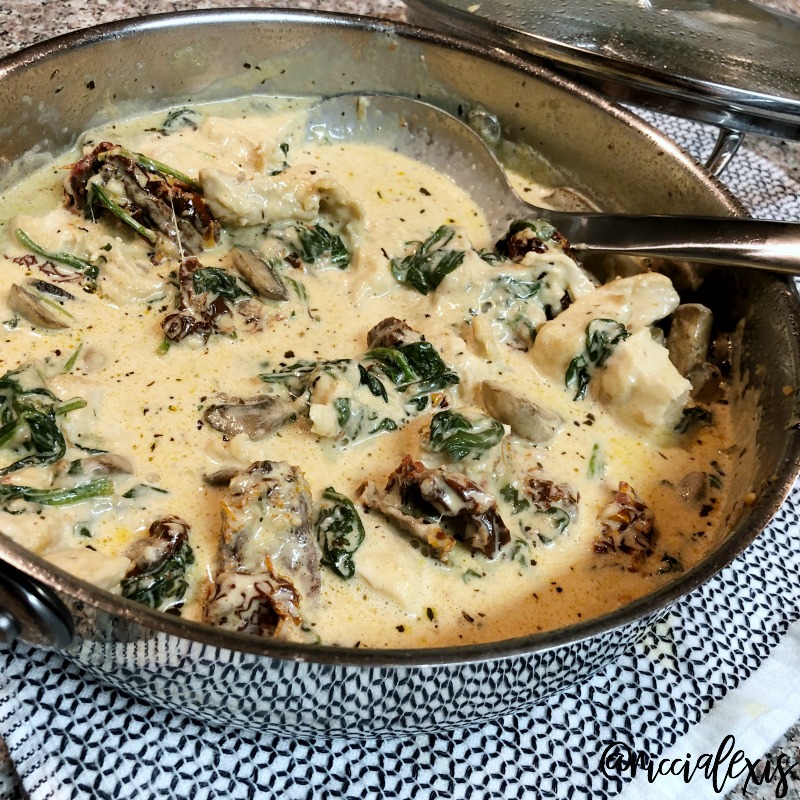 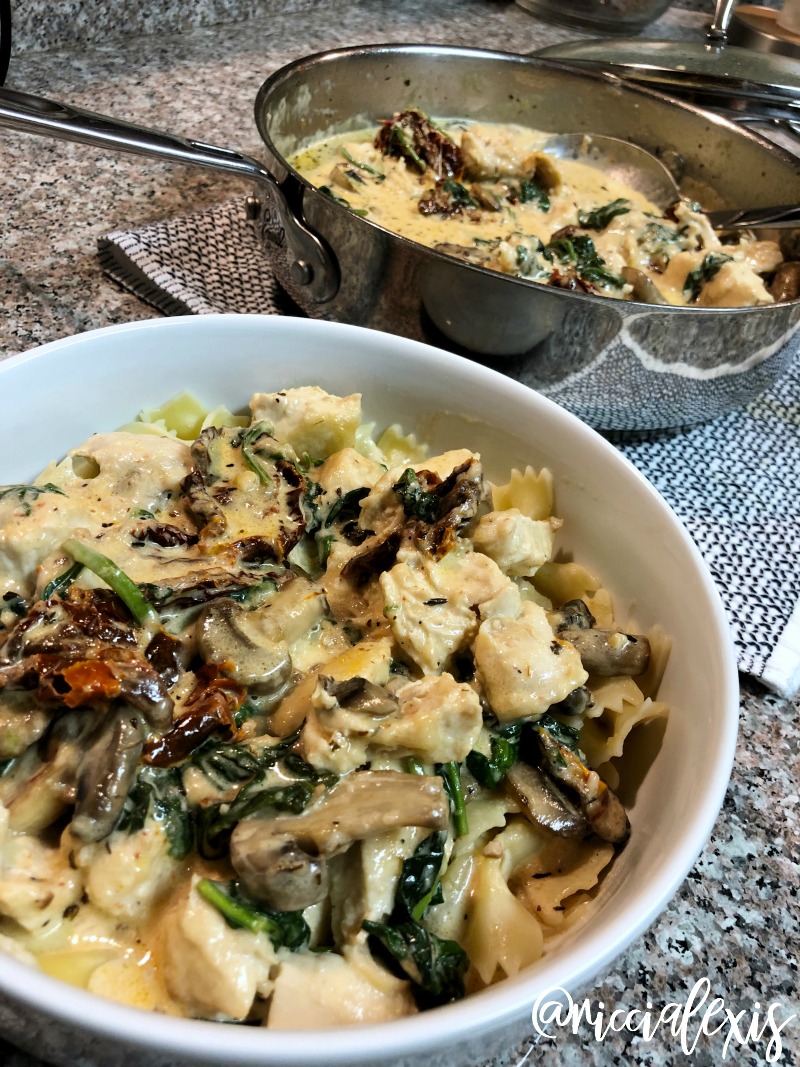 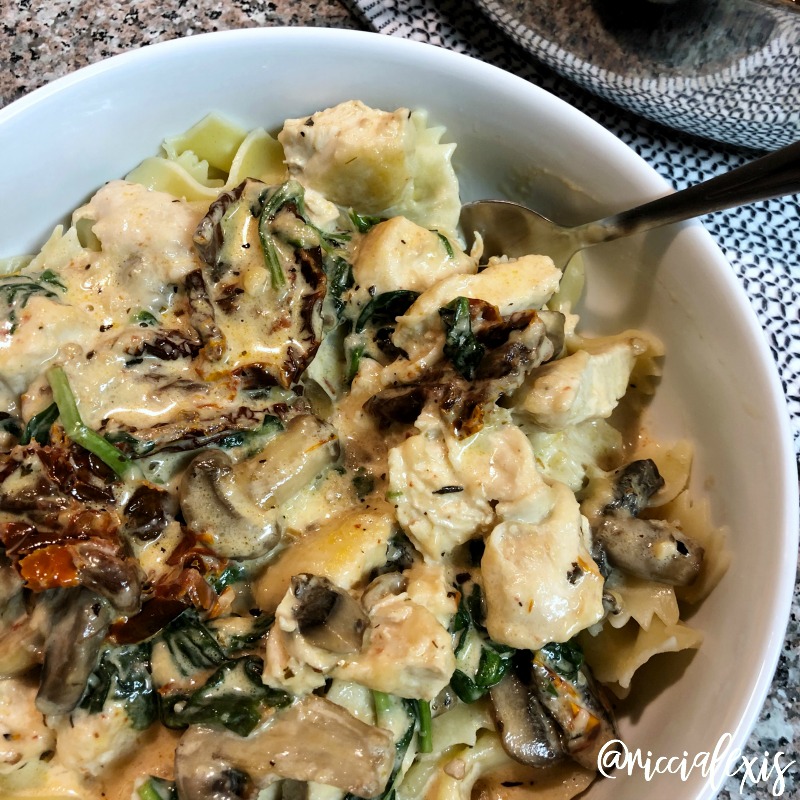 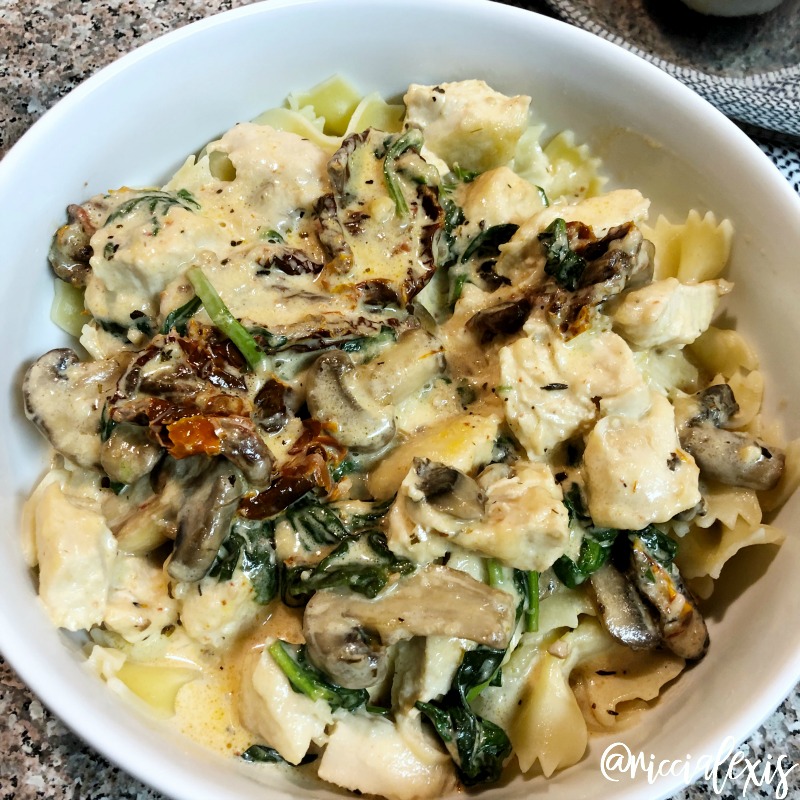 And those mushrooms. Oh Em GEE I LOVE mushrooms. Everyone thought I was such a weird kid because I ate mushrooms on everything but I love how popular they are now. They are very filling and go perfectly in this rich pasta dish!!

After making this I would totally add some bell peppers and even squash and zucchini to bulk it up a little more. You can also substitute the heavy whipping cream for almond milk and cornstarch if that’s more your style.

The full recipe is below, if you have any questions or comments drop them in the comment section!!

Do you like sun-dried tomatoes as much as I do??