I think by now it’s safe to say that I am a musical theater nerd! HA! I love going to see live shows and I especially love when I get to see a show I’ve been wanting to see for a long time. I can’t tell you how long The Little Mermaid has been on my Musical Bucket List but when I saw it was coming to Memphis this summer I jumped at the chance to go! 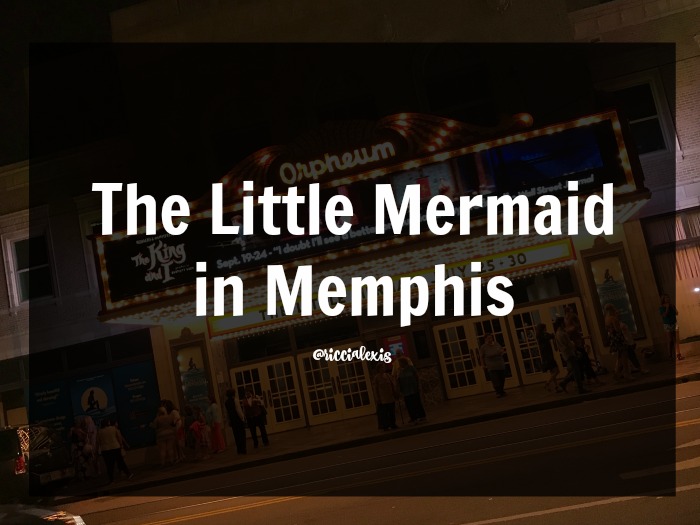 I also love seeing shows at the Orpheum Theater in Memphis so the drive doesn’t really bother me (it’s about 2.5 hours from my house). For The Little Mermaid I decided to do it right and actually leave earlier than I normally do so I can grab a bite to eat beforehand. It was also nice to not be stuck in traffic on my way to Memphis and be afraid I was going to miss the show like I did with The Sound of Music. HA!

Before I left the house I snapped a quick pic of my outfit and posted it to my Instagram because I was feelin’ myself that night y’all and I was pleasantly surprised at how well that photo did. I have never thought of myself as a fashionable person at all but I thought I pulled this outfit off pretty well!! I shared all the details on my IG but I will share them here as well because I am still getting asked about it. And y’all I don’t mind that one bit so keep asking!! 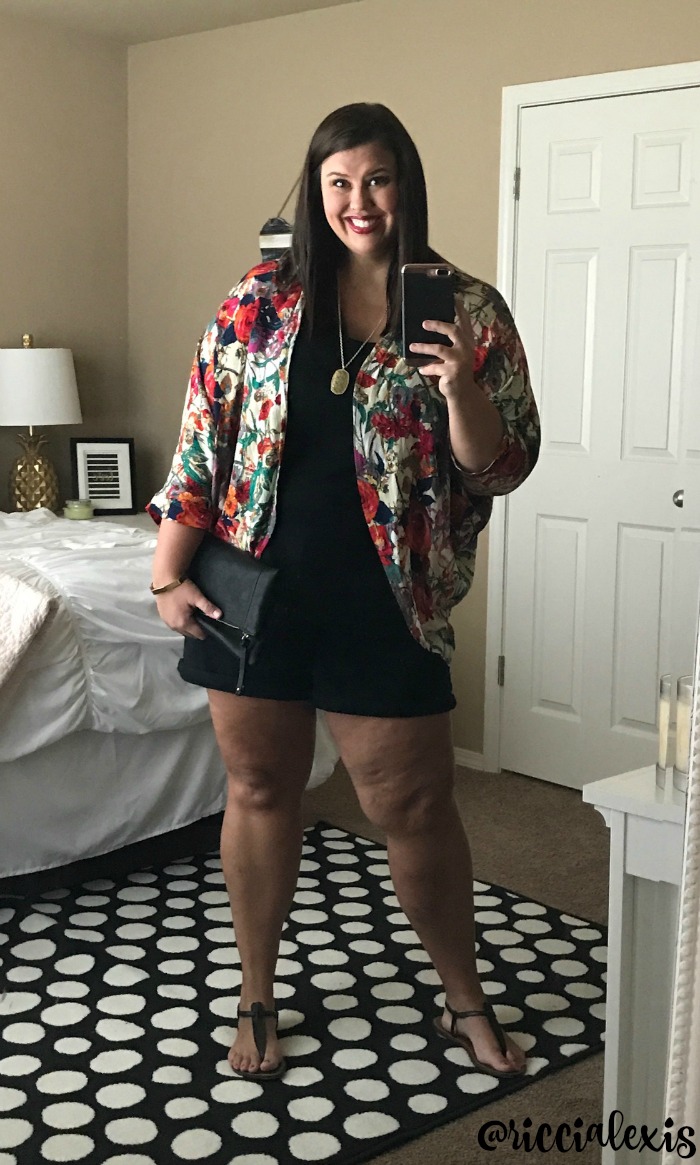 First of all you should know that it was hot as balls in Memphis the day of the show so shorts were a necessity. I love these LB shorts because you can dress them up or down and they have a little stretch to them so they always look good and don’t wrinkle. And that kimono has got to be one of my favorite pieces of clothing I own. It’s bright and colorful and not heavy at all (it’s almost a chiffon like material)!! It’s also on sale right now so there you go! For a sizing reference I grabbed it in a Large and I am a size 18 in most clothing right now.

My first stop on my mini road trip was McDonald’s for my obligatory Caramel Frappe. I swear I have had at least two a week for the past couple of weeks. They are my number one fave thing like, ever. HA! 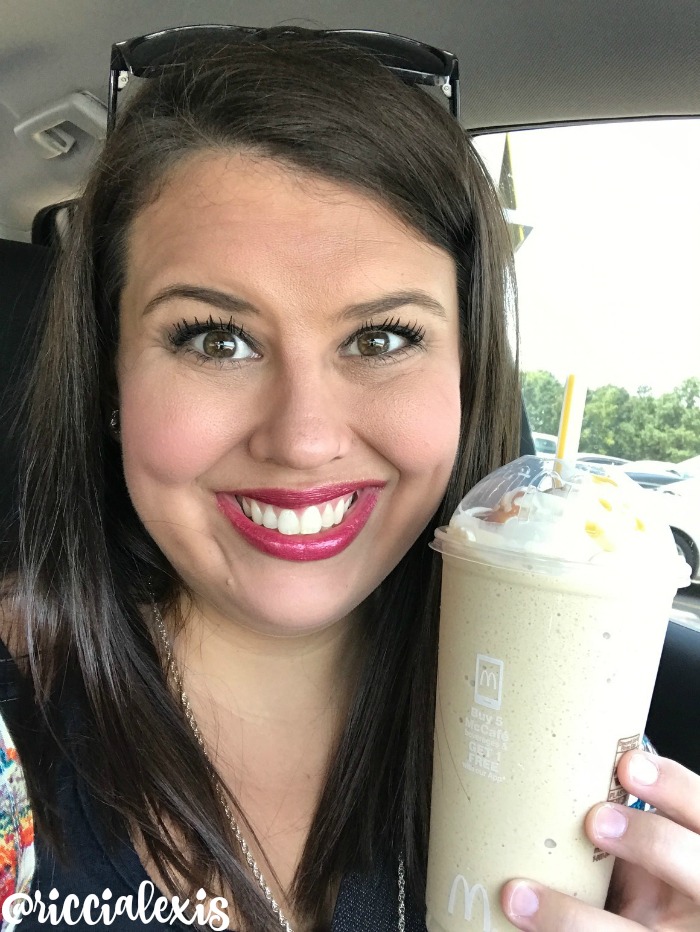 After I finally made it to Memphis I parked near the theater and decided to find something to eat. The Orpheum is right by Beale Street so the food possibilities were endless but I decided to hit up an old favorite, the Hard Rock Cafe. I think the last time I was at a Hard Rock was when I was in Philadelphia and I was craving some Twisted Mac & Cheese so bad!! I also sipped on this Pineapple Coconut Mojito that made me wish I was on a beach somewhere instead of hot as ball Memphis. HA! 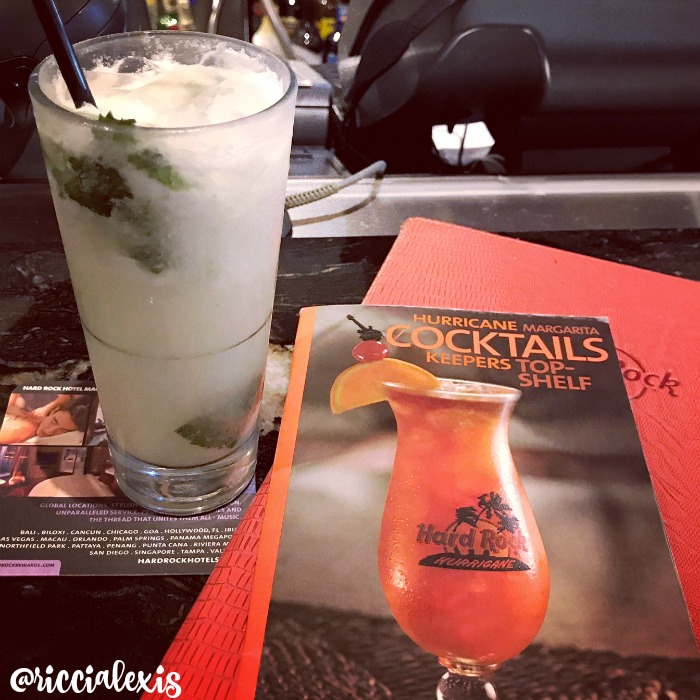 After dinner I had to go cool off before the show in my car. I don’t know if it was just where I was sitting in Hard Rock or if it really was just that hot outside but I literally had sweat running down my face and my legs were stuck to my barstool. YUCK!! While I was in my car with the A/C blasting a freaking fire truck pulled up near my car and I swore up and down that they were there to put me out because I was so dang hot! 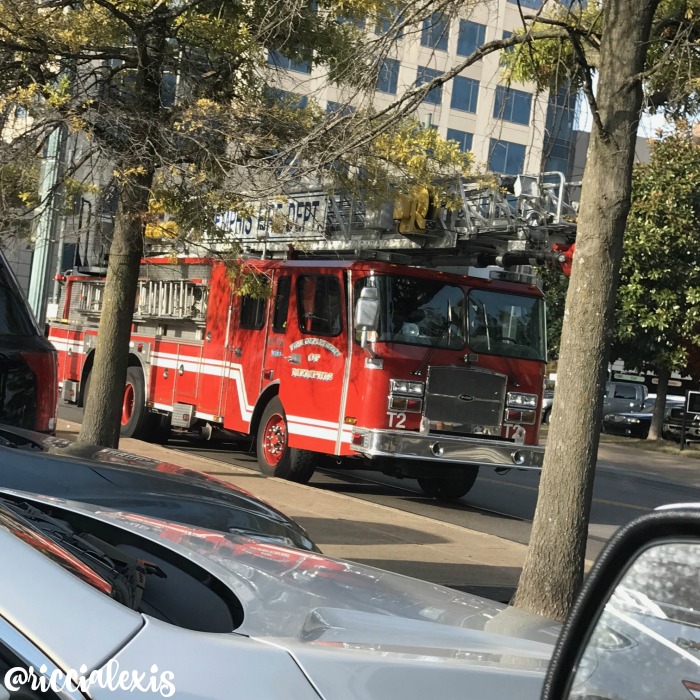 After I cooled off a bit I braved my way into the theater and grabbed my souvenir show mug. Getting a mug at each show I go to has been my “thing” since I saw Beauty and the Beast the first time. I always swear I’m not going to get one and then they are so darn cute I wind up shelling the $20 for a coffee mug I will probably never use because they are too cute!

I made my way to the bar to grab a water…I was still trying to cool off…and then found my seat. I sat in the Orchestra section and had a pretty great view of the stage! That is until a lady with a very large sat in front of me and completely blocked my view of the right side of the stage. Le sigh… 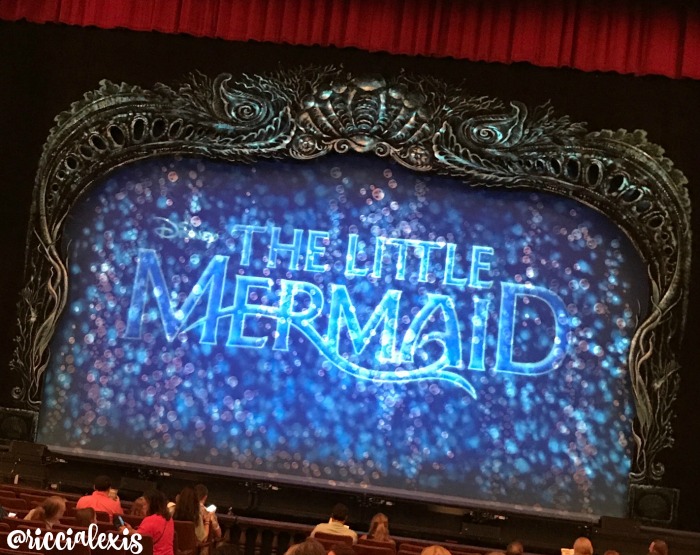 Overall I thoroughly enjoyed the show and I have to say that The Little Mermaid is in my top five shows I have seen. I loved how closely it stuck to the movie and the new songs too!! I would definitely go see this show again!

When I left the theater traffic was insane so I took my time getting to my car because I knew I would never get out of my spot any time soon. Instead I walked around the theater and grabbed this shot of the front of the Orpheum. I already can’t wait to go back to see The King and I!! 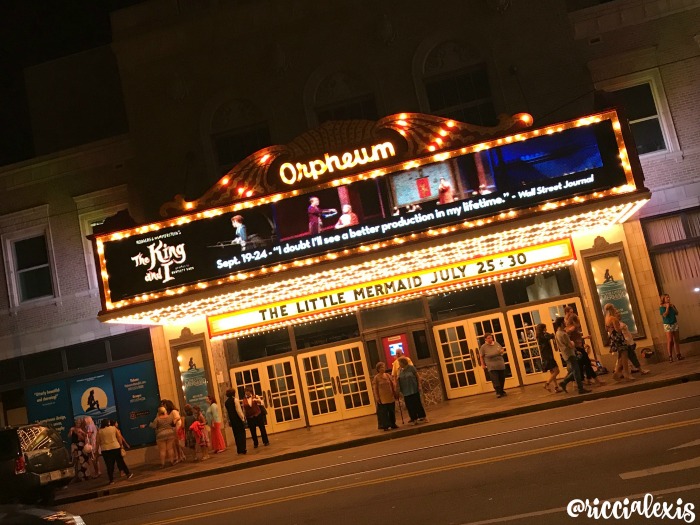 Do you enjoy musical theater??
What was the last musical you saw??