…or in Sophie’s case, her six front teeth. Let me start from the beginning. 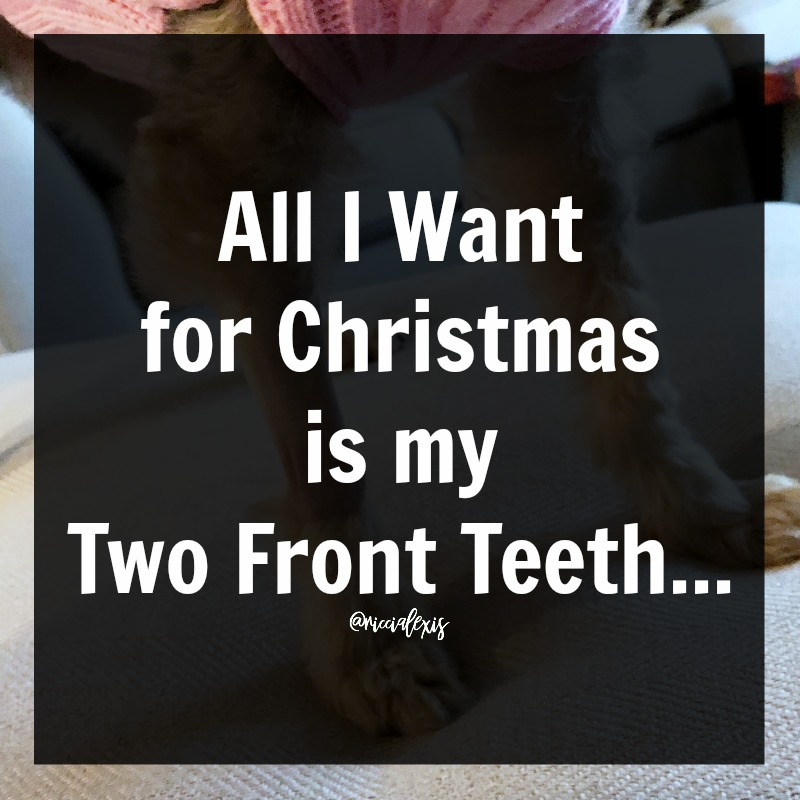 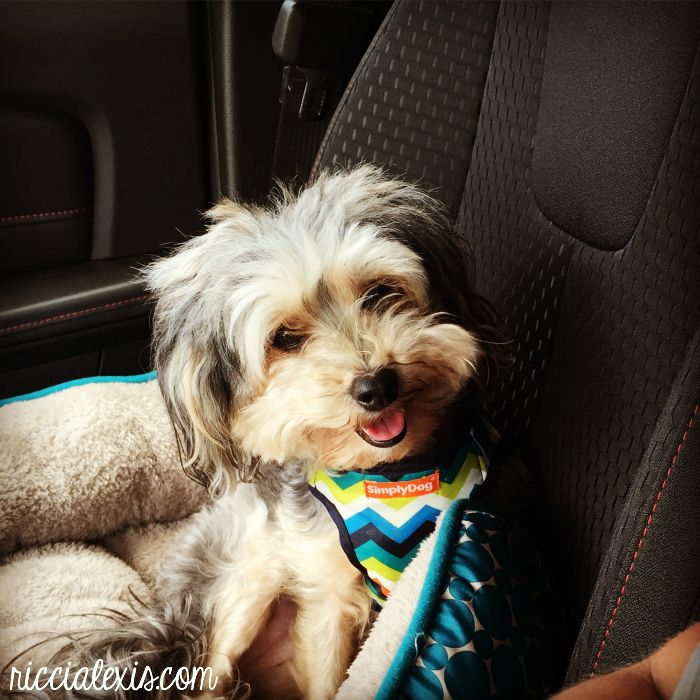 Sophie is my six and a half year old maltipoo. I used to blog about her a lot but in the past couple of years she has decided that she doesn’t like her picture being taken and I’m not one to force her to do anything she doesn’t want to do so therefore she doesn’t make it on the blog very much. I get it, she’s just not as in to social media as I am. HA!

Sophie has always been a healthy dog. She loves going to the vet and has always gotten her yearly checkups. She even loves taking her heart worm pills/treats. She was spayed when she was eight months old and has never really been sick or had any problems.

At her check up last year the vet noticed she had some mild tartar buildup on her teeth but said it wasn’t enough to worry about. So I started feeding her doggie dental treats in addition to her crunchy food. Sophie loves her some soft food but it does’t sit well on her little tummy so she has always eaten crunchy food.

A couple of weeks ago I noticed she was acting kind of funny. Not completely different, just kind of funny. She was tired more often and didn’t greet me at the door when I got home. She wasn’t eating as much food and was dropping her treats on the floor instead of eating them. She also didn’t want to be petted on the head and started sleeping on the opposite side of the bed away from me.

Things got serious when I noticed she was eating her own poop. Once or twice I totally understand, dogs are GROSS, but for a whole week? YUCK! So I made her an appointment at her vets office for her yearly checkup and to see about this poop eating business.

The checkup went beautifully right up until it was time to look at her mouth. She didn’t want me or the vet anywhere near it and she will normally let her doctor do anything to her.  When he finally pried her mouth open he was able to see that her front teeth were loose, she had some major tartar buildup on her side and back teeth and had an abscess on one of her back teeth. HOW did that even happen? The vet was perplexed and so was I so we did the only thing we knew to do…schedule her for a teeth cleaning and some extractions the next week.

I took her home with a prescription for antibiotics and pain meds and started her on them ASAP. In a few days she was feeling much better and more like her old self. She was a much happier dog already and I started her on soft food and she started eating again. Woohoo!!

The night before her surgery I gave her a bath and brushed her hair out and made sure she didn’t eat or drink anything all night. The next morning I dropped her off at the vet’s office (the little traitor was only too happy happy to be there) and I was a nervous wreck all day waiting on that call to say that her surgery was over and everything was ok. Yes, I am calling a teeth cleaning and extractions surgery because she had to get in IV and be put to sleep to do it. 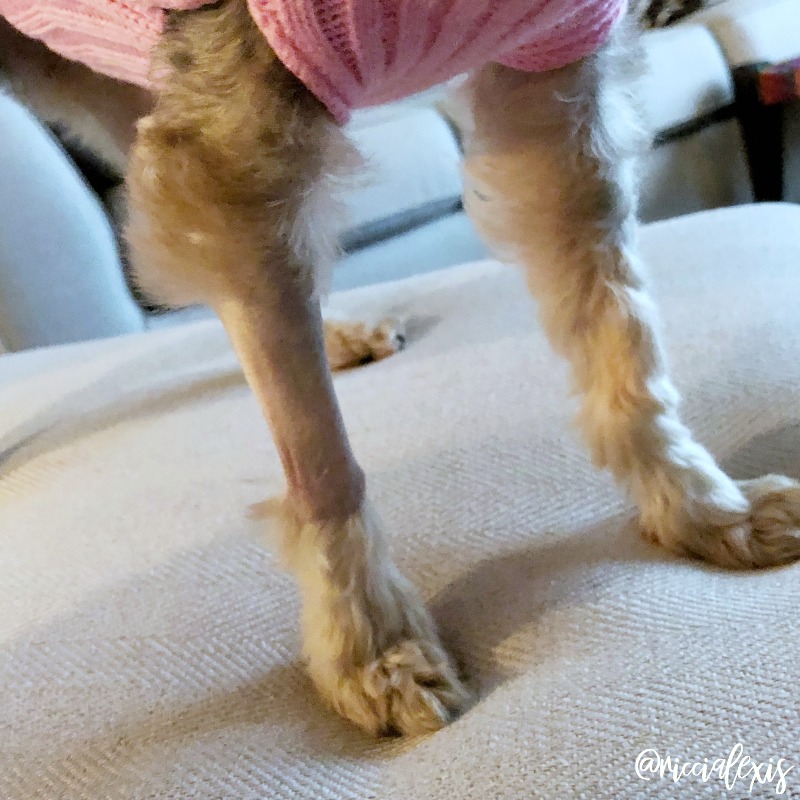 I finally got to pick her up around 5pm that day and she was sort of groggy but again, more like herself. They took out 11 teeth (one fell out on it’s own the week before surgery) all from the front top and bottom of her mouth. Adult dogs have between 42-44 teeth so this was really no big deal even though it sounds like a lot! She napped off and on all night, really only waking up for me to give her more pain meds. I didn’t want my baby to hurt at all!

We are now a week out of surgery and I can happily report that my Sophie girl is back to her hyper and carefree self! She is still eating soft food but I will start mixing it with her crunchy food tomorrow and get her used to that again. Overall I am happy that she feels better, doesn’t act like she’s in pain and will hopefully let me start brushing her teeth soon?

I really hope we never have to go through that again!! Being a dog mom is scary sometimes!!

Have you had your dog’s teeth cleaned??