Hello November! I hope you will treat me better than October did! Don’t get me wrong, October was a fine month, some parts of it were even amazing but I have spent more time and money than I ever cared to at the Apple Store. Let me take you back to the very beginning of all this madness aka the great laptop debacle of 2017… 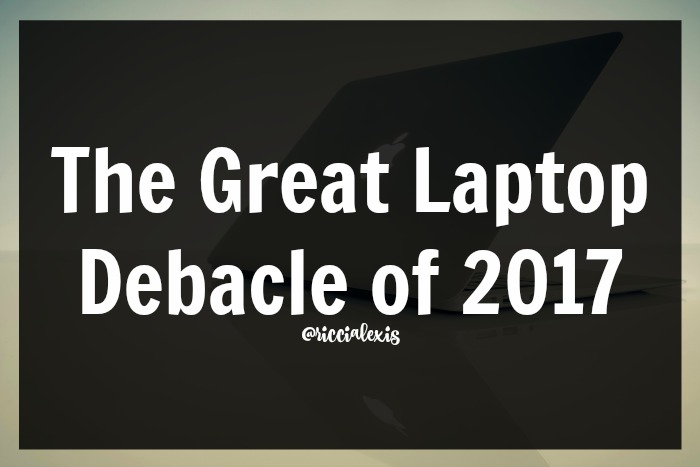 …picture it. Little Rock Arkansas. Spring of 2014. I had finally saved up enough money to purchase my dream laptop, an Apple MacBook Pro. I was ecstatic with this purchase even though I had never even used a MacBook before. Little did I know that this computer would change my outlook on the world of technology. Or something like that. HA!

Here I am super pumped about my purchase… 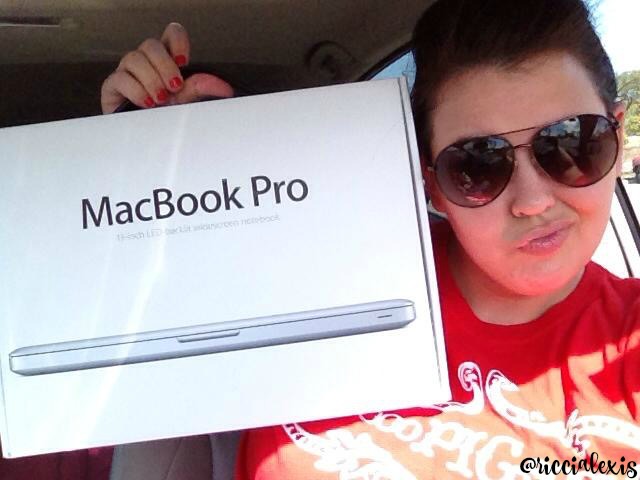 …God Bless how far iPhone cameras have come since then. And also that hair? Those shades? Clearly not my best look. But nonetheless I was pumped about that purchase.

That MacBook Pro has been by my side every day for the past 5 years. It has traveled with me all over the United States, it survived going back to school with me and helped me earn my second Bachelor’s degree, it has held every single photo I have taken on my iPhone for the past 5 years and it has never caused me any grief. It was literally the most perfect computer. Until it wasn’t.

At the beginning go October 2017 I noticed that it started running a little slower than normal. In the middle of the night one night when I was working on a blog post it just suddenly froze up and wouldn’t do a thing. So I did the only thing I knew to do. I turned it off and tried to do a hard reboot. Unfortunately all that got me was the gray/white screen of death.

After momentarily freaking out I made myself go to sleep (this was all happening at 4am) and woke up early the next afternoon so I could call the Apple Care line before I had to go to work that night. They sweetest lady tried to help me fix it over the phone but unfortunately it couldn’t be fixed over the phone and I had to take my baby in to the Apple Store.

Luckily there is an Apple Store in Little Rock and I was able to get an appointment at the Genius Bar that same day. I took my baby (aka The Beast) in, they diagnosed her with a messed up cable, kept her overnight and fixed her up and then I picked her up the next day…and it only cost around $100 to fix!! WHEW!! 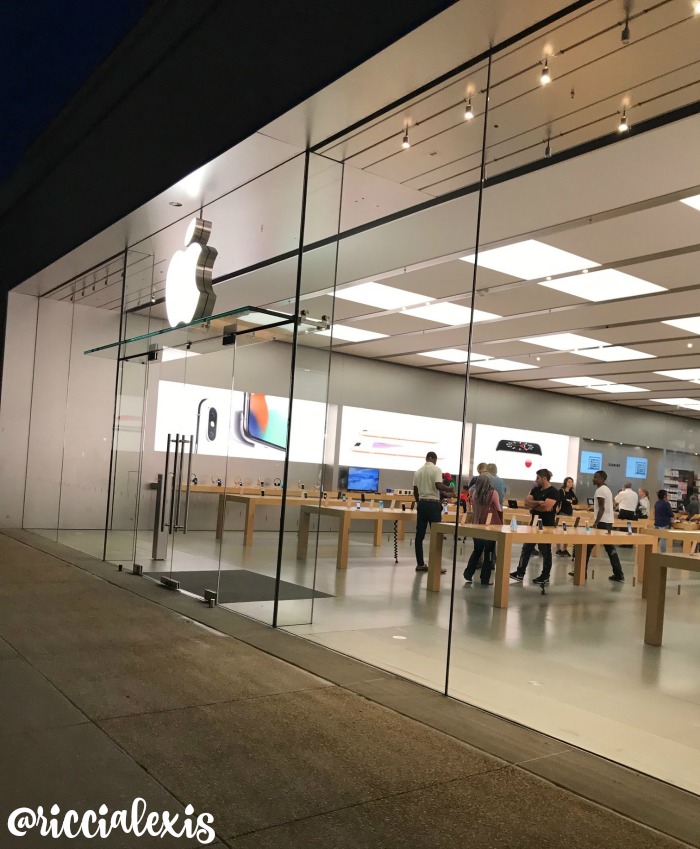 All was fine until last week when all HELL broke loose. All of a sudden the bottom of The Beast started getting super hot, the battery was driving like crazy and it started getting super slow again. Not to the point of freezing but almost. So I called the Apple Store, set up another appointment with the Genius Bar and took The Beast in that same day. At this point I was mad, I was upset, I was super behind on a LOT of blog stuff (including some sponsored stuff I needed to finish up and get published) and just fed up with the whole mess.

So I took The Beast in and they ran all sorts of diagnostic tests on her right there and then and everything came back clean. WTF??? Luckily she was starting to heat up and act bad so they knew something was wrong and decided to keep her for further testing. At that point in time they weren’t sure when I would be getting her back and the estimated time was a week at best.

As much as I hated to do it I ultimately decided to leave The Beast with the pros at the Genius Bar but then that left me with another dilemma because I didn’t have a backup computer at home. You see, up until August I still had my old desktop computer sitting in a closet as my “backup computer” in case I ever needed and so far in the five years since I have owned my MacBook Pro I hadn’t needed it so when I was cleaning out my house I got rid of it. So of course since I had just gotten rid of ti I needed it. Perfect time, right? Ugh.

Since I had blog work that needed to get done and not doing it was unacceptable to me I did the only thing I could do at the time. I purchased a new laptop. 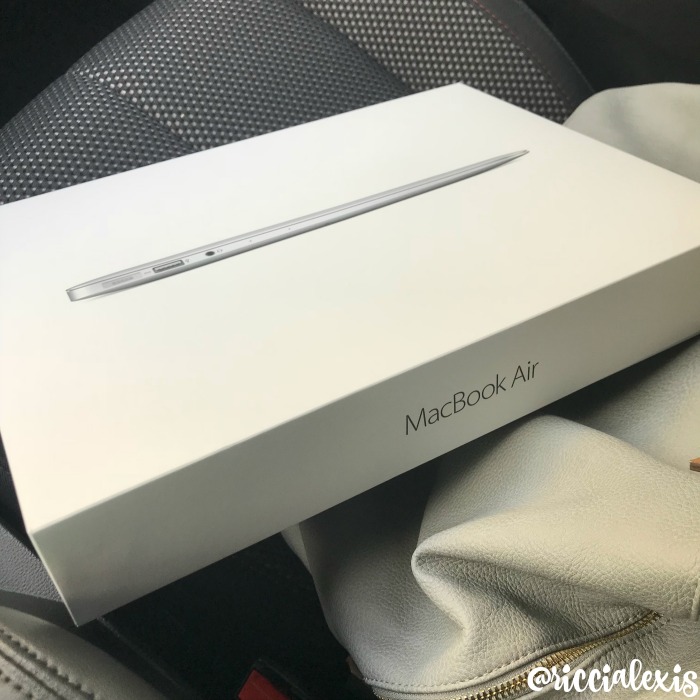 Fortunately for me I had the funds to do it, it will be a tax write off and now I will always have a “backup computer”.

Since The Beast was out of commission and I was kind of mad at her about the whole deal I figured this time around I would go with a MacBook Air. It’s cheaper, lighter, the battery lasts longer and it was made for travel. I have officially dubbed her, The Beauty. And a beauty she most certainly is!!

I love how fast my new MacBook Air is! It’s way faster than The Beast ever was and everything is updated and there’s just something about having a new laptop. It makes me want to get on it and work. HA!! So needless to say I have gotten a lot more blogging done since I have had Beauty.

I got my MacBook Pro back about a week after I took her in. Apparently the battery is shot and it will cost around $130 to fix. If she stays plugged in all the time she works just fine but traveling with her is pretty much impossible now. So Beast will be retired to my house/office only and Beauty will stay in my bag and travel with me. I’m not too mad about it.

Some pros of having two laptops is that I have a backup if something like this ever happens again! Plus I can seamlessly work between the two computers and even my iPhone thanks to AirDrop!

And that, my friends is the great laptop debacle os 2017. Not necessarily something I would ever like to do again because all those trips to the Apple Store got expensive but I’m glad the outcome was a good one. And the moral of this story is alway have a backup computer/laptop!! 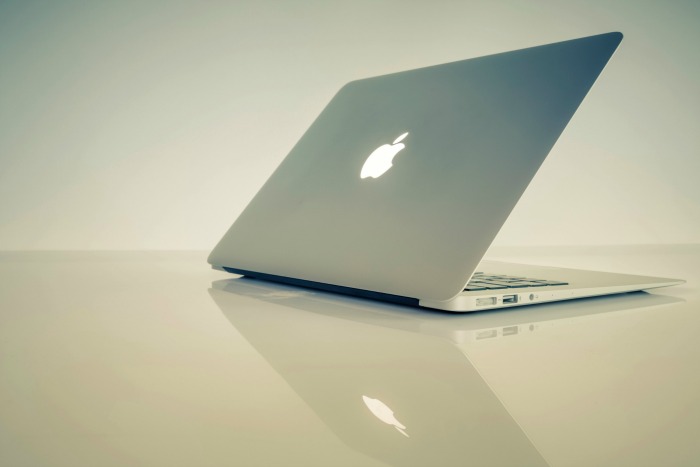