I actually had a weekend where one of my friends came down and we did all the things so therefor a weekend recap is in order! Woohoo!! 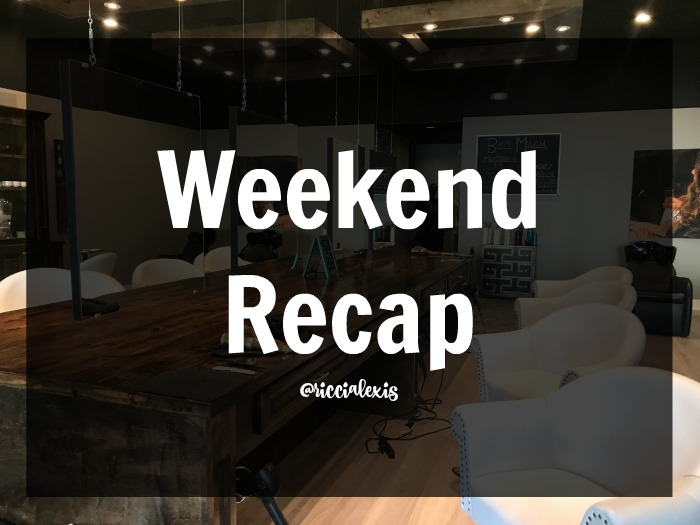 So if you remember from Friday’s post two of my besties, Jenn and Rebekah, were supposed to come down for the weekend so we could introduce Jenn to Arkansas! Well, unfortunately Jenn sprained her ankle and she couldn’t make it so it was just Rebekah and me…felt like old times!!

She came down Friday night and we met at Tacos4Life! I love me some Mexican food and Tacos4Life is one of my favorite places to go!! Tacos4Life is an Arkansas based restaurant and they give back so much, to the community and the world! Plus the food is to die for so there’s that. I wish I had taken a pic of our food, the puffy tacos are my fave! And the queso. And the guac. And the fried chicken tacos. Yes, I said fried chicken tacos. YUM!!!

Saturday morning got up and headed out to get blowouts at my fave blowout bar in Little Rock, Just Blow. I got my hair cut last week, that is a huge debacle in and of itself that I will get into another time, and so having someone else style it really helped me “figure it out”. It’s a lot shorter than it has been in a very long time and I was feeling kind of iffy about it but now I love it! I also got my brows tinted and waxed, they do the best brows in central Arkansas!! 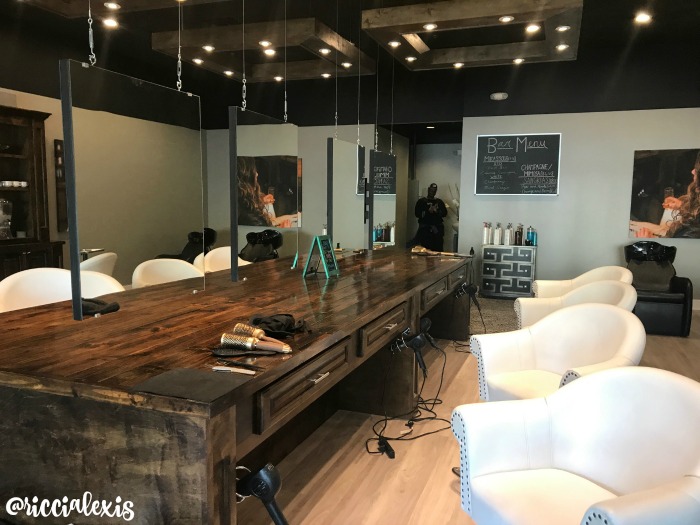 After our hair and brows were on fleek we headed out to lunch! We went next door to Bonefish and I got some Bang Bang Shrimp, my FAVE!!!

Next we hit up the Promenade at Chenal to do a little shopping, it was tax free weekend this past weekend in Arkansas and I thought the crowds would be insane but they actually weren’t. Go Arkansas! We hit up Home Goods, Maggie Moos (we needed sustenance and ice cream counts as sustenance) and Kendra Scott. At Kendra Scott we both grabbed a pair of studs at the Color Bar!! 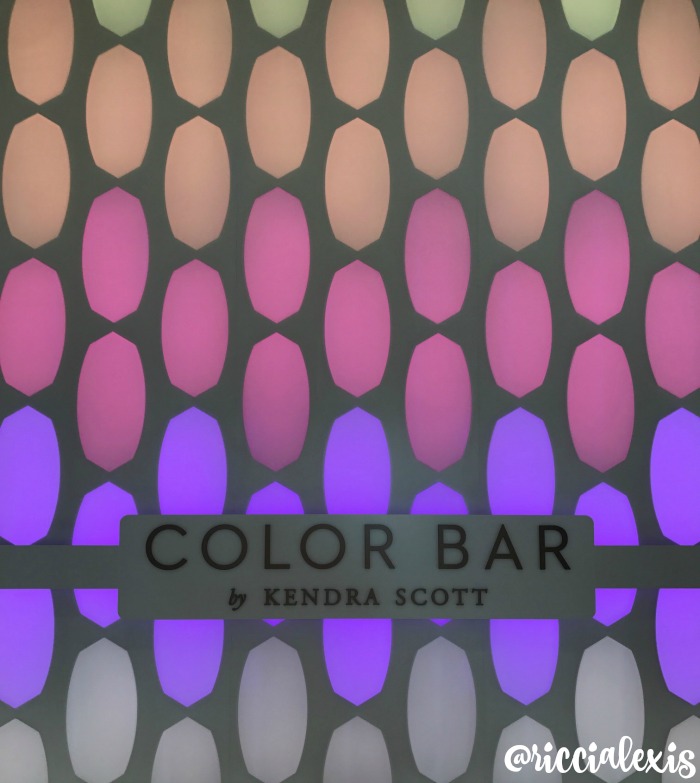 If you don’t already know, Kendra Scott is a Texas based jewelry designer whose jewelry line has blown up in the past couple of years and you can now fin dyer jewelry in big stores (like my absolute fave, Nordstrom). I have loved her stuff for the past couple of years and was pumped to see the Kendra Scott store in Little Rock was open!! Confession- it has been open for a couple of months now but I have just now made my way out there, oops!

Anyway, I have always loved me some Kendra Scott and was pumped to get to design my own pair of earrings at the Color Bar!! Kendra Scott is known for her super dangly earrings but those just aren’t me. I am a stud earring kind of girl and was ecstatic to get to make my own!! I chose the gold for my metal and rose quartz for the stone. I think they are perfection!! 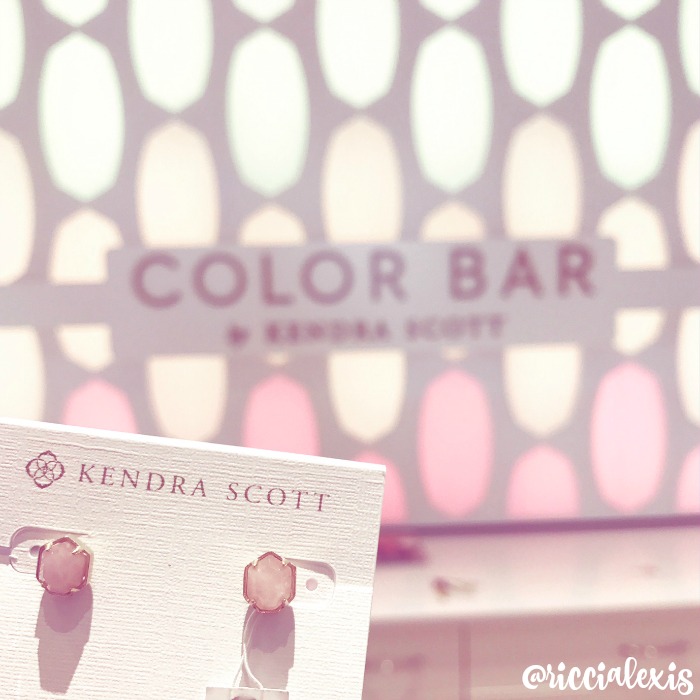 Anyway, we went to see Girls Trip and it was hilarious!!! Y’all. I haven’t laughed at a movie that hard in that long. If you need a good laugh then go see this movie!!! Tiffany Haddish basically makes this movie. 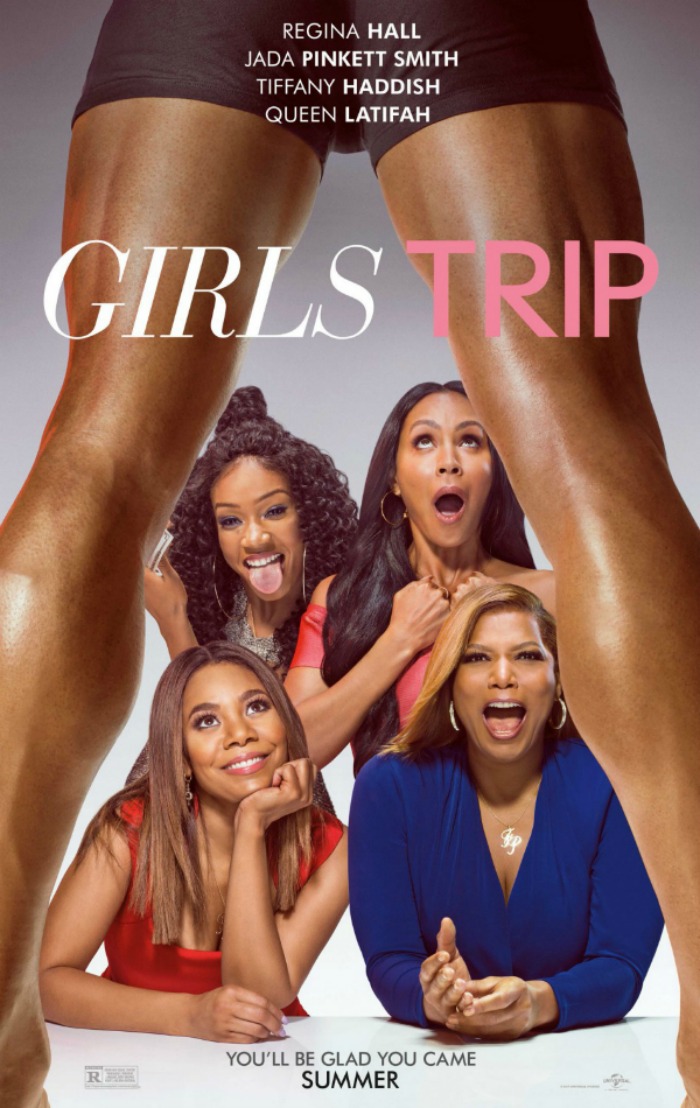 Sunday morning I slept in until a late 8:30. HA! But seriously, this was really sleeping in for me. After we finally got up and around we headed to Hot Springs to the Arlington Hotel for brunch! We got there early and grabbed a Starbucks (I got the Apple Cider and it tasted like fall in my mouth. #TWSS) and explored the hotel. I have vivid memories of going to the Arlington with my G-Joy (grandmother) to get her hair done. She would give us grandkids money to play in the arcade or let us swim in the pool but we always had a great time. My Poppy (grandfather) also used to play with his band in the lobby and so that brought back a lot of good times. If you are in Hot Springs and looking for an amazing brunch spot then you have to hit up The Arlington! 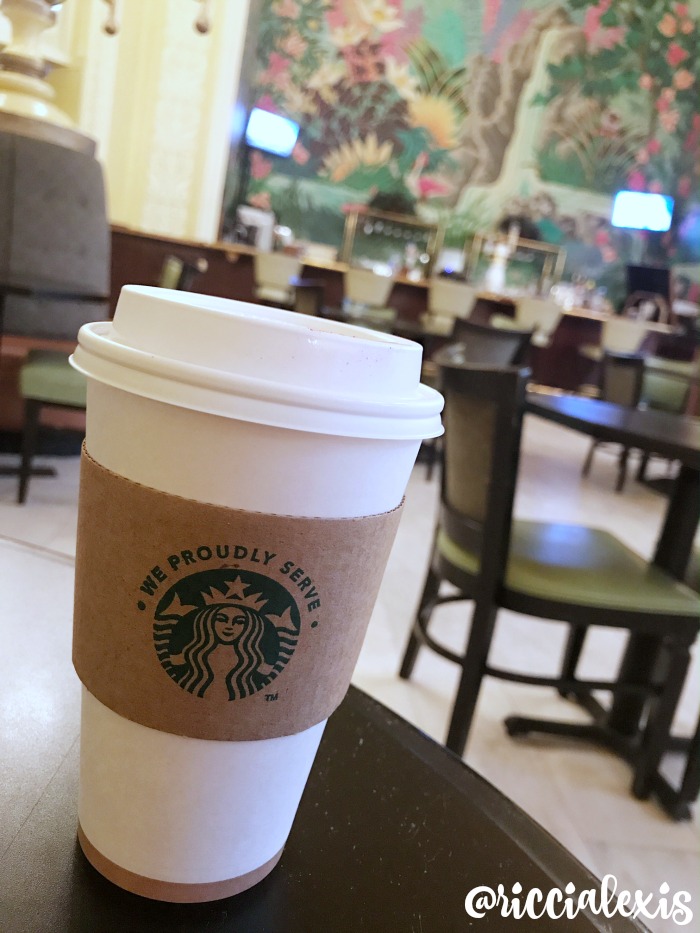 Also- you can’t go to Hot Springs and not try the water. Hot Springs water straight from the springs is legendary. Luckily for us the Arlington had a fountain! 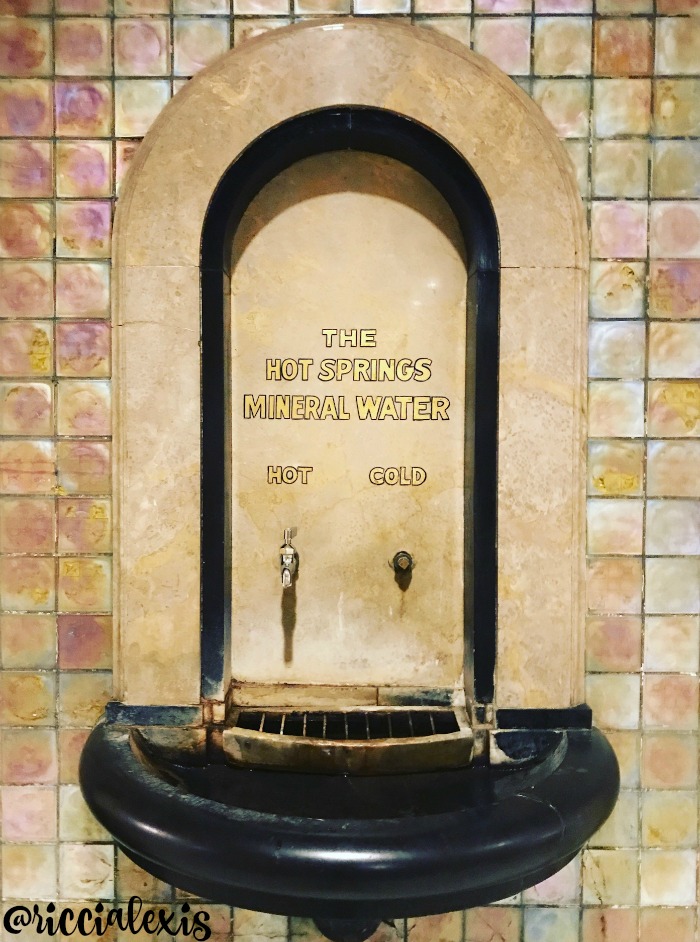 So that’s my weekend in a nutshell!

How was your weekend??
Did you do anything fun??