Some people make summer buckets lists of things to do. Me? I’m making a Netflix summer bucket list for all the binging I plan on doing. HA!! But really though, what better way to pass the time while traveling (I LOVE the new download feature) or just staying up on nights I don’t work that watching a little Netflix? I also love to listen while I’m working on blog stuff so I definitely have shows I actually watch and then show I listen to while I work. Anyone else do that??

I’ve posted about my favorite shows to watch on Netflix pretty regularly and I think it’s only appropriate to update that list because this summer just may have the best Netflix lineup yet. There are so many shows either already out or coming out soon and so many movies I have to see that I feel like a new list is needed at this point. I even recently got rid of my cable service because I literally never watch live tv anymore. We will see how long this lasts…LOL!! So let’s get to it and see what my Netflix Summer Bucket list includes!! 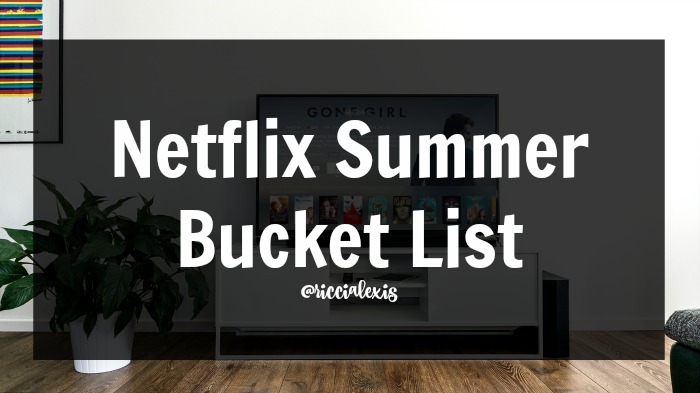 ONE. Orange is the New Black. the new season came out in early June and I just finished it! Y’all!! I thought it went kind of slow at some points but then that last episode!! MAN!!! OITNB has completely mastered the cliffhanger and I already can’t wait to see what happened next season!! Have I mentioned on here that this show is the reason I got Netflix in the first place? Oh yes. Blame the obsession on Orange y’all. It’s the truth!! 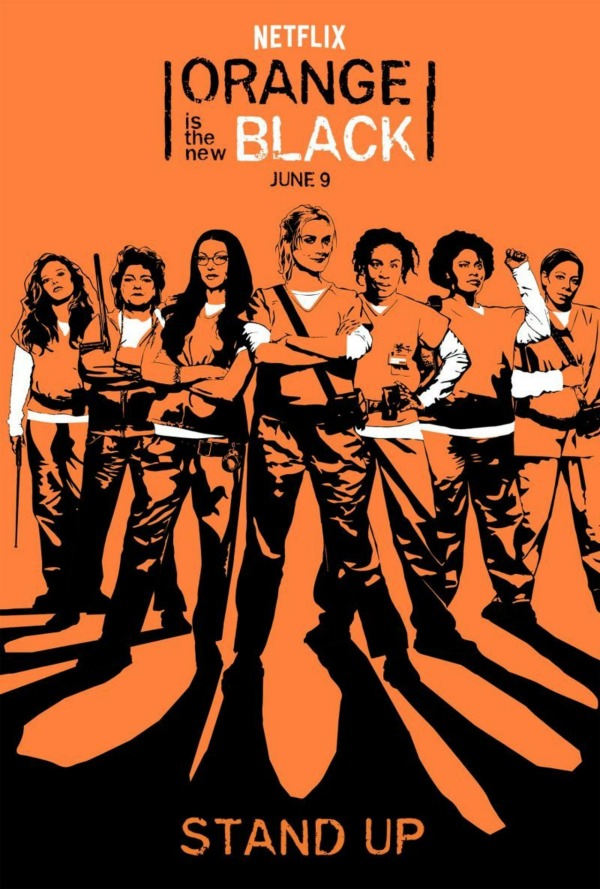 TWO. Jane the Virgin. New episodes were released a couple of weeks ago and I finally just finished those this past weekend. This show is legit amazing!! I love all of the characters and it makes me laugh out loud for reals. I am only sort of embarrassed to say that my Dad was the one who told me I had to watch it and I did, reluctantly, and of course I freaking loved it!! Thanks Dad. 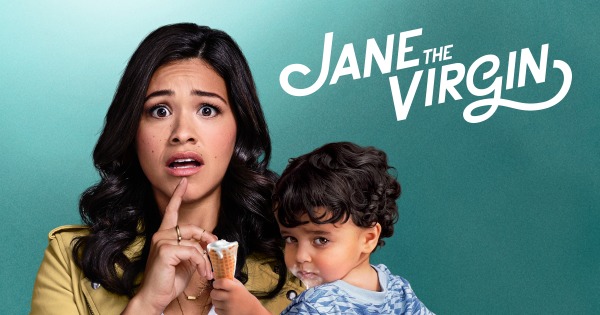 THREE. To the Bone. This is a Netflix Original movie that comes out July 14 and stars Lily Collins and Keanu Reeves. It’s about a girl struggling with an eating disorder and is interesting because I read an interview with Lily Collins a while ago and she mentioned how scary it was to film because she has suffered from an eating disorder in her past. The previews look good and I can’t wait to watch.

FOUR. Rogue One. For all you Star Wars fans out there (myself included) this movie will be on Netflix July 18!!! I actually saw this movie in theaters the day that Carrie Fisher died. Creepy but true.

FIVE. The Ranch. I haven’t actually seen this show yet but I have heard so many good things about it!! It’s been on my list for a while now and the new season just released so I feel like I should start watching it soon!!! Plus Ashton Kutcher. Need I say more?? 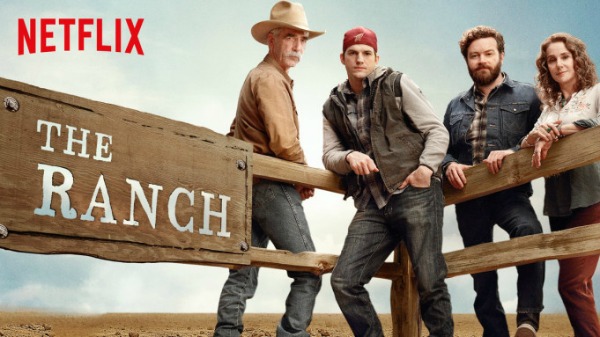 SIX. Glow. Glow is a show all about a 1980’s female wresting league. The previews I have seen look so good and I bet it will be hilarious as well!! I can’t wait to watch!! 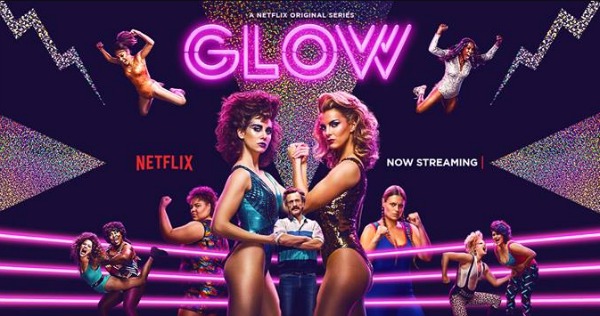 SEVEN. GirlBoss. Yes, this show has already been cancelled after only one season but I still LOVED it. That Sophia is ruthless but girlfriend gets what she wants. You should watch it just so we can talk about it. Ok?? 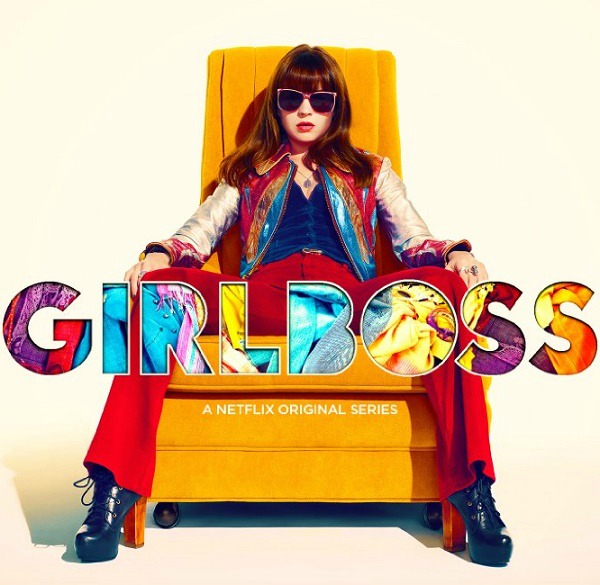 Eight. Anne with an E. I love love loved this show!!! It was definitely like the book, which I loved when I was growing up but I have never seen the original show so I can’t compare it to that. That being said I think the cast was amazing and Netflix did a great job with this show! 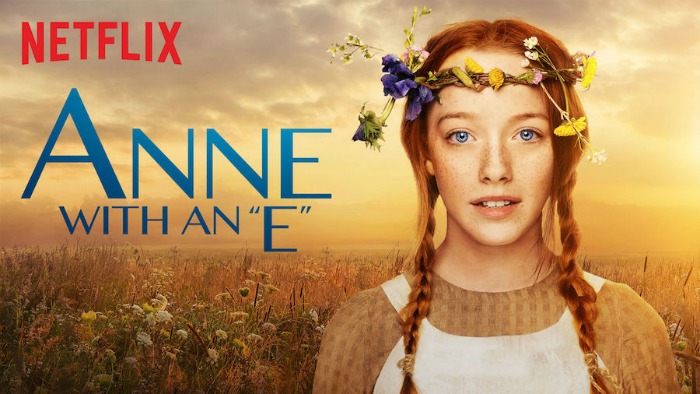 Other shows I watch that have new episodes out are…Reign, The 100, Quantico and Grey’s Anatomy!!

Shows and that I listen to while working on this blog are….Hart of Dixie, Friends, Grey’s Anatomy, Gilmore Girls, Vampire Academy and Twilight. That doesn’t mean I don’t like these shows and movies, it just means that I have seen then so many times that I don’t need to pay attention to them like I would with new shows or things I haven’t seen.

Other older movies coming to Netflix in June and July that I will definitely be adding to my list are…Titanic, ET, Free Willy, The Mighty Ducks and 13 Going on 30!!

What shows or movies are on your Netflix Bucket List??