It’s Friday and you know what that means…it’s time for the FRIDAY FIVE!!! If you are new to these parts then you should know that I reserve Fridays to talk about five random things and today’s five is no exception. Completely random but completely blog worthy. Let’s get to it! 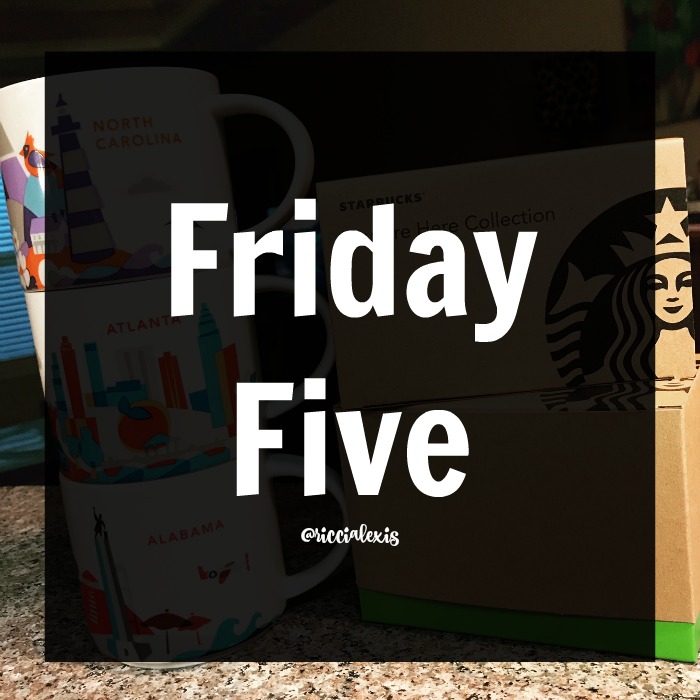 ONE. If you know me in real life then you know that my nails are just plain pitiful. My grandmother has these long, strong, fabulous nails and somehow my mom and I got these terribly thin, bendy, ugly nails. Ever since I was a kid my grandmother has bought me things to try and strengthen my nails and none have ever worked! I haven’t really worried about them as an adult because my full time job is as a Respiratory Therapist in a hospital so my nails have to be short, we can’t wear nail polish and hospital soap is super harsh so my hands are constantly dry.

So imagine my surprise when a couple of weeks ago Onyx Brands (which is based in central Arkansas) reached out to me for some sponsored content. Unfortunately I had to turn them down because I can’t represent a nail company with my terrible nails!! Well let me tell you something, even though I turned those sweet ladies down they sent me a jar of their Hard as Hoof Nail Strengthening Cream to help my nail situation out! WOOHOO!! I have ben using it every night/morning (I work night shift now so I sleep during the day. My niece calls me a vampire. HA!) and I love it so far! It has a coconut smell and I can’t tell if it’s working yet because my nails are still super short but I will update y’all in a couple of weeks to see how it’s working! 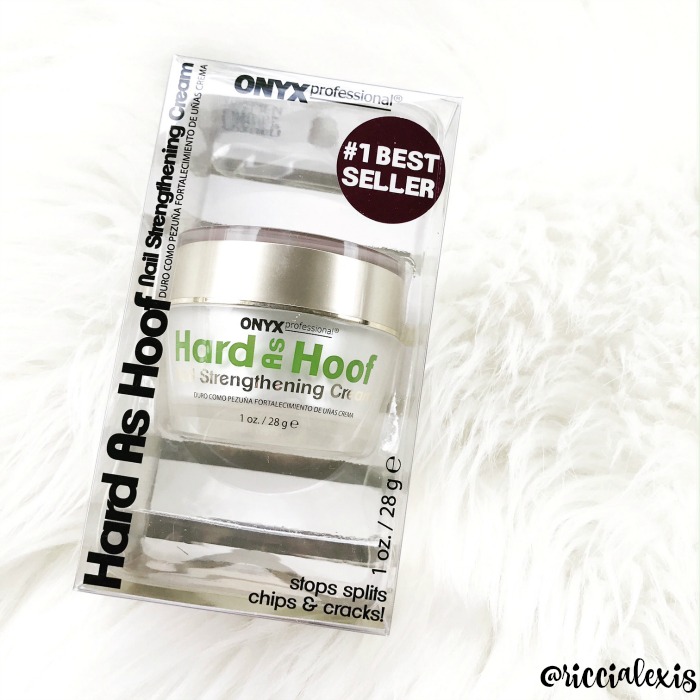 TWO. Another Arkansas based company, Livespire Apparel, reached out to me and sent me a couple of fun shirts! One is this red tank top from their Natural Statement collection that I have on below and another is a t-shirt from their Inspirational collection that I will show you next week on my Instagram! I would show it to you now but I haven’t been able to take a pic of it yet because I’ve been working like a mad woman this past week.

Livespire Apparel was formed after the owner’s mom was diagnosed with breast cancer. He states on the site that while she was undergoing treatment that “even the smallest, simplest piece of encouragement helped her build her strength to fight” and that’s what motivated him to form an apparel company with inspiring words and phrases on it. I love all of this designs and can’t wait to show y’all my other shirt next week!!

“Livespire Apparel speaks hope to the hopeless and encouragement to those of us who need it most.” – Billy Law 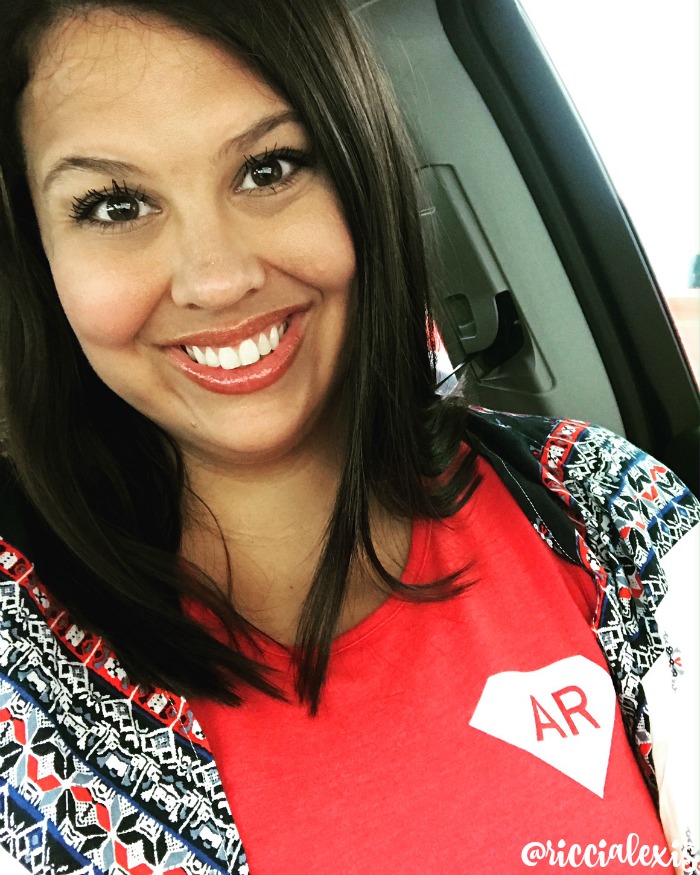 THREE. As many of you know I have been an avid collector of the Starbuck You Are Here Collection mugs for a couple of years now. It all started on my East Coast Road Trip two summers ago. After touring the White House with my bestie Libby we were grabbing some drinks and snacks at Starbucks and both spotted the Washington DC YAH mug at the same time. It was kind of like fate because we both know we wanted some kind of souvenir from each city we went to but hadn’t decided what to get. When we saw this mug we knew that was it. Ever since that fateful day I have collected a mug from every city I have been to. I have a pretty large collection now and these are my three latest mugs…North Carolina, Atlanta and Alabama! I wish every state had a mug because I think they are super cute!! 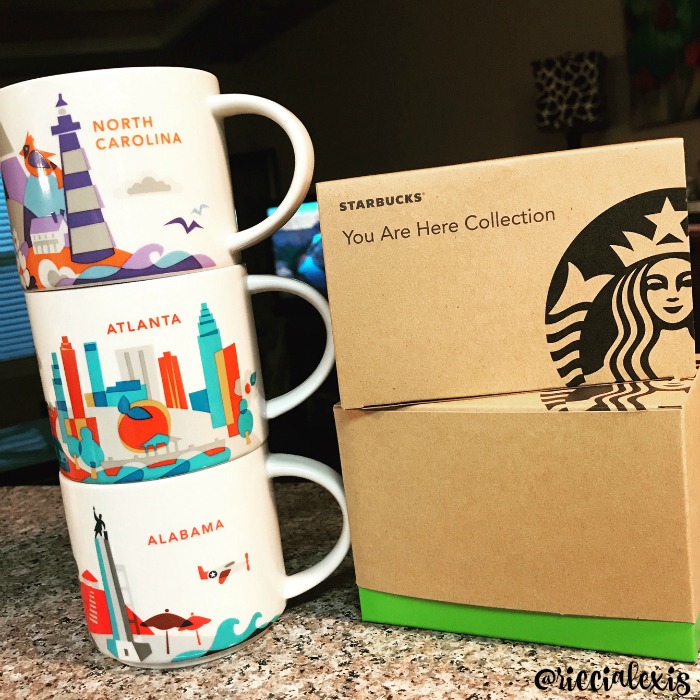 FOUR. I am sort of dreading this coming weekend. I was going to go to the pool all weekend but this crazy storm weather (thanks Cindy) we are supposed to get has put a damper on those plans. Instead I am going to deep cleanly house. I feel like I just did that but it already needs it again. Plus I really want to clean out a bunch of stuff and donate it. I already made one Goodwill drop off this week. HA!!

FIVE. I recently started the Loreal Revitalift Challenge from Influenster. Side note: If you aren’t an Influenster member yet you should sign up!! I get the coolest products from them! Ok, back to this challenge…I received this L’Oréal Paris RevitaLift® Triple Power Deep Acting Moisturizer for free from Influenster for testing purposes. I am supposed to use it twice a day for 14 day and take pics along the way. I promise to have a completely separate post for my results at the end of the challenge just like I did for my Lancome peel!!

So this L’Oréal Paris RevitaLift® Triple Power Deep Acting Moisturizer is supposed to help repair wrinkles, redensify skin and reform skin and some results are supposed to be seen in as little as 1 week. We will see about that. After only two days of using it so far I can honestly say that my skin definitely feels more moisturized. I can also say that it’s weird to use a cream based moisturizer under my makeup because I have always used a gel based one. HA!! Here is my before photo- 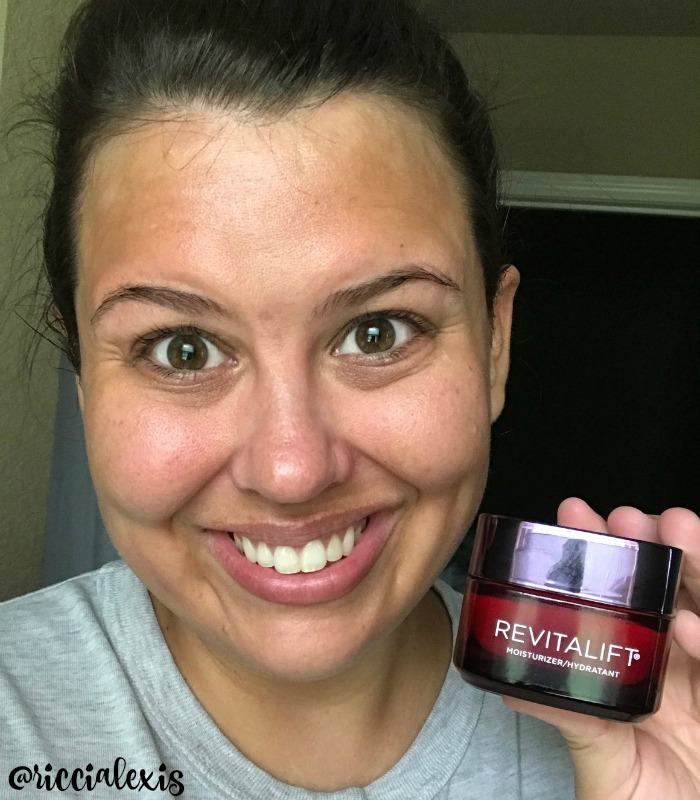 And I guess that’s all I have for this week’s Friday Five!

How was you week??
Do you have any big plans for this weekend??