This past Friday I got to mark one item off my musical bucket list!! I finally got to see Rodgers and Hammerstein’s Cinderella!! 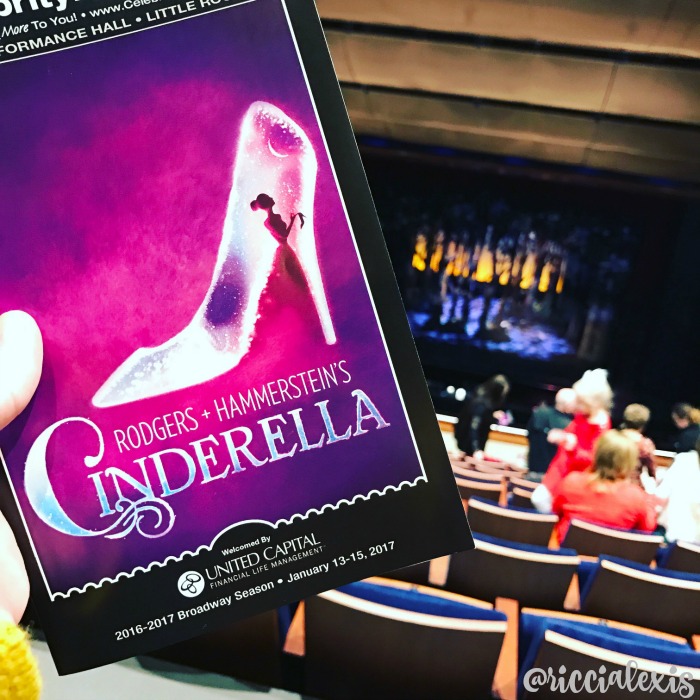 I was so bummed I missed the show last fall when it toured in Memphis and again last spring when it was in NWA (North West Arkansas). Damn school…LOL!! So you have no idea how pumped I was to see it on the lineup for Little Rock this year!!

In Little Rock we only have one theater, Robinson Center Music Hall, and it has been closed for a full renovation for the past two years and just opened up again this past November. They have an amazing lieu of shows for this season and I can’t wait to see what comes next season as well. Plus now I won’t have to drive t Memphis to get my musical fix, HA! 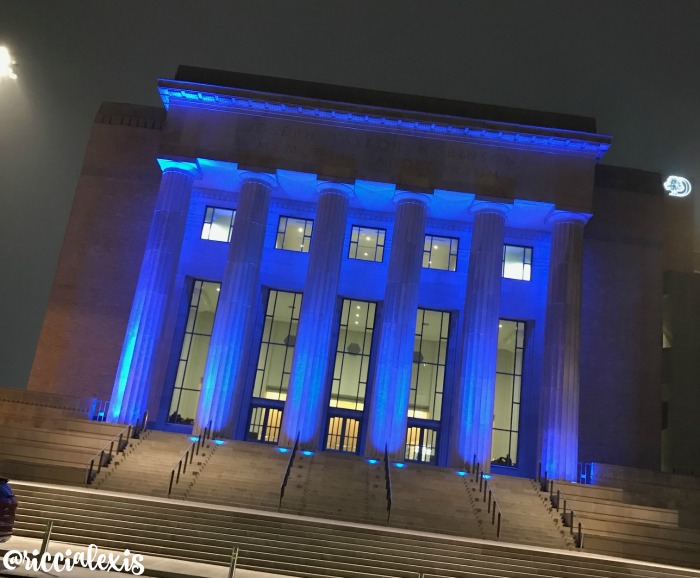 …it was lit up blue for Cinderella! 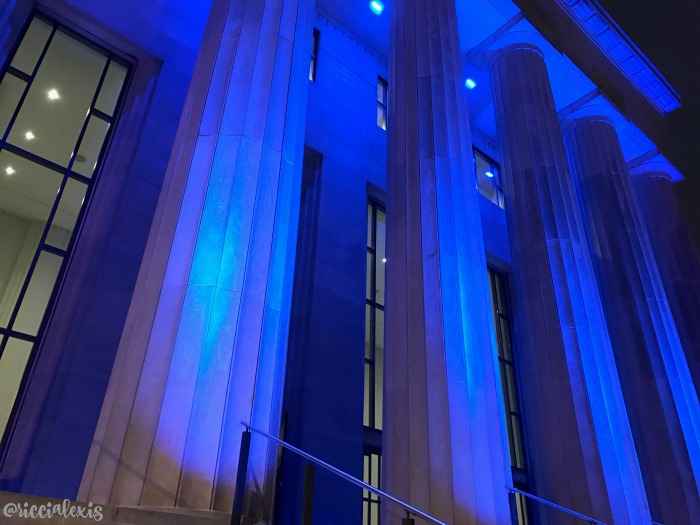 I love how the Robinson really celebrates each show that is performed there. It was green a few years ago when I saw Wicked!

I really wish I had gotten some good inside shots but the show ran late and I was coming from work so I felt rushed when I got there. Note- this was from before the show ever began, I can’t stand when people take pics during the show!! #PetPeeve 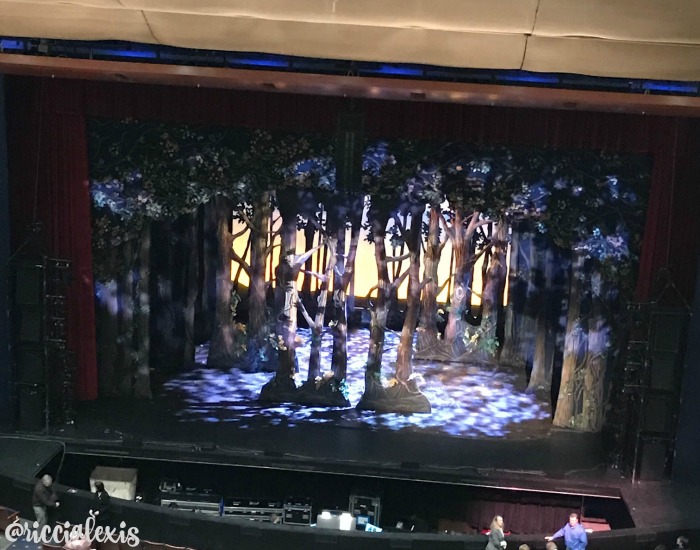 I guess this one stage shot will have to do until next month when I go see Phantom of the Opera!! I will try and take more pics then, it truly is a beautiful building on the inside!!

Enough about the Robinson, have you seen Cinderella live on stage? It’s different from the movie and if I am being totally honest with you I will tell you that I prefer the movie version best! But maybe because that’s what I grew up with. Don’t get me wrong, the stage show is amazing but I did catch myself wondering if I was at Cinderella during a few parts. Also- the stepsisters were my absolute favorite!!!

Have you seen Rodgers and Hammerstein’s Cinderella??
Are you a fan of musicals??