Updated: The princess has a name!! Charlotte Elizabeth Diana 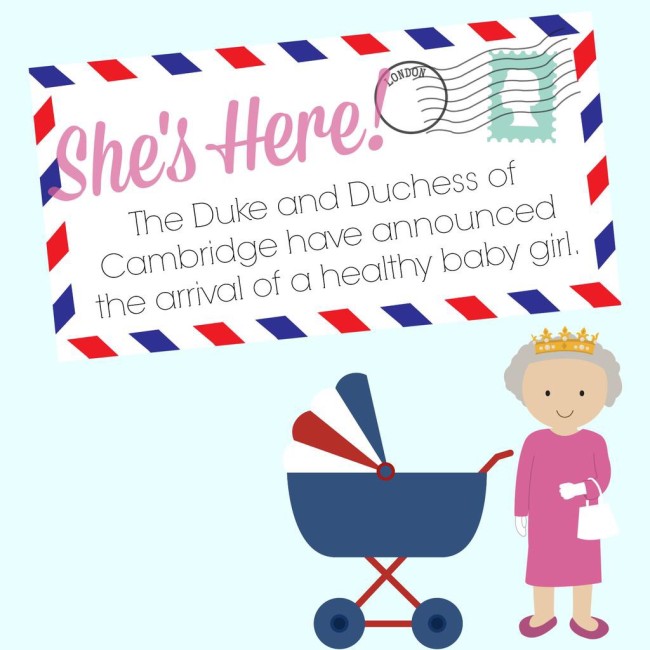 I woke up Saturday morning and checked social media first thing like I always do and BOOM! My Facebook feed was blowing up over news that Kate was in the hospital in labor with the new royal baby!! 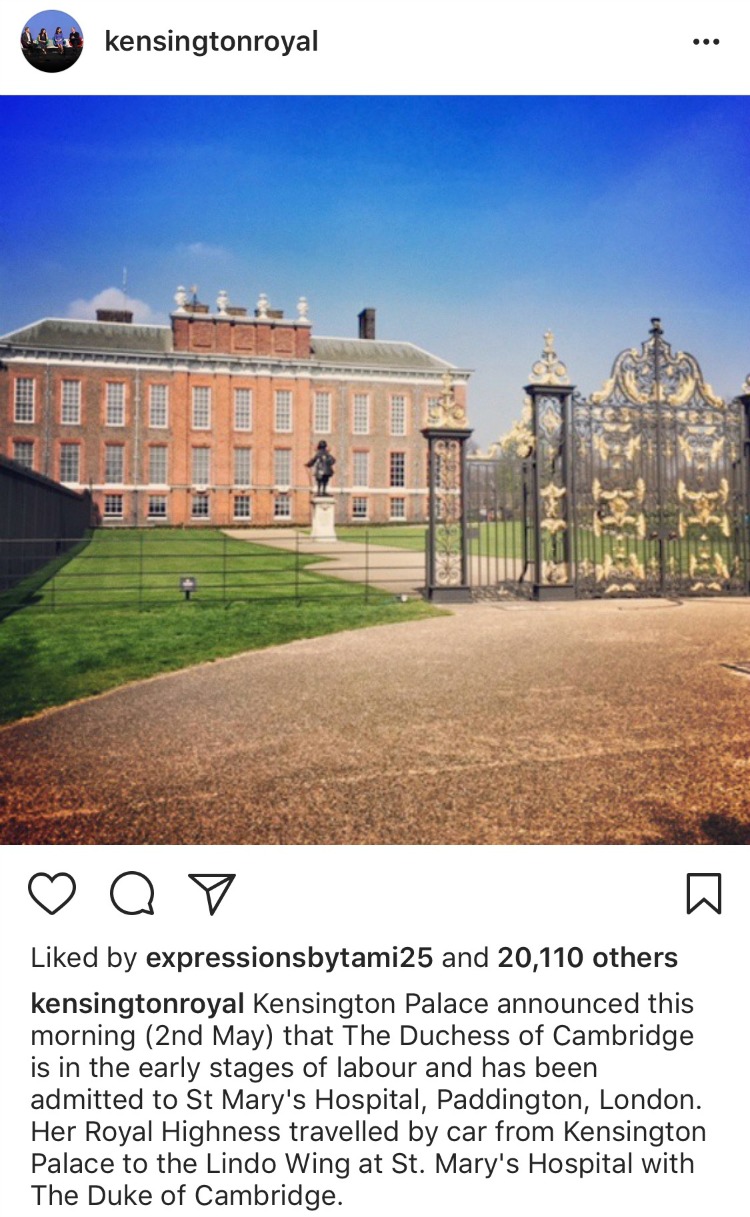 I swear to you not even two minutes after I had posted something about it on my blog’s Facebook page it was announced that she had just delivered! It’s times like these when I truly enjoy the time difference between Arkansas and London, it sure made all that waiting go really fast! LOL! 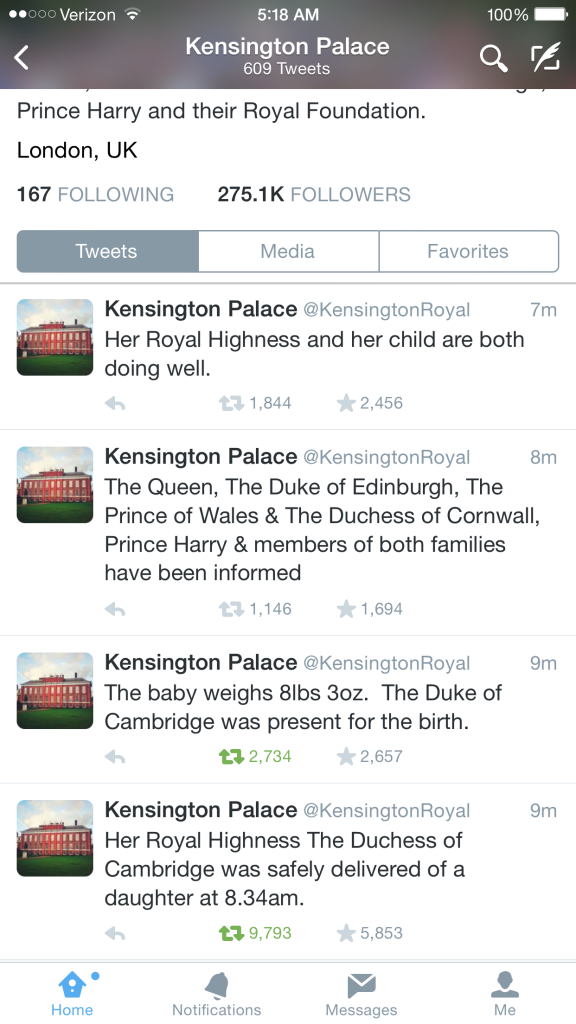 You have no idea how excited I was!! You better bet that if I lived in London I would have been one of the crazies stalking the hospital and would have been there to take my own pics…instead I stalked Twitter and Facebook all day for updates of any kind. I’m weird, I know.

Prince William and Kate slipped into the Lindo Wing of St Mary’s around 6am and the baby was born at 830. Talk about a fast delivery. I’m just jealous that hospitals in the US don’t look like that, maybe I would like to go to work more if they did? 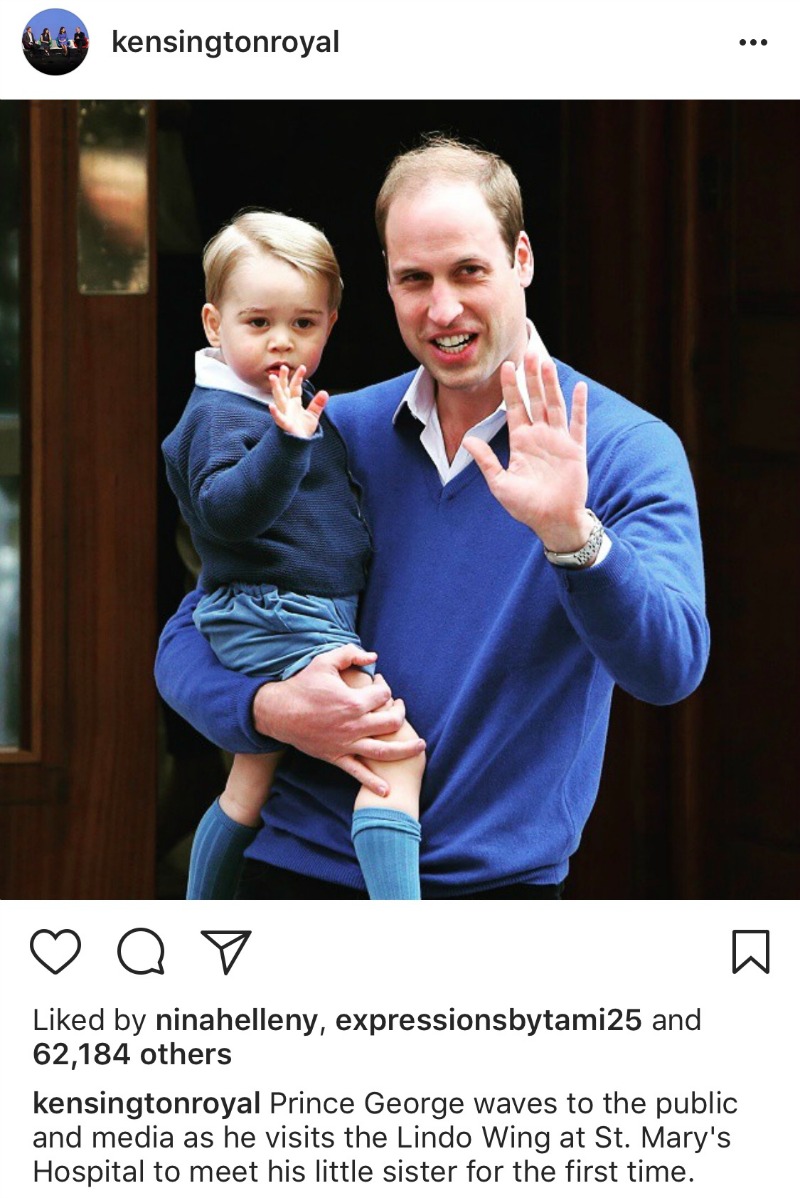 I still remember how excited I was for his birth. I blogged about it of course…LOL!

I love that the William and Kate are keeping current and announced the delivery on Twitter but I also love that they keep with tradition and still had the easel out with the actual birth announcement on it. That is actually the same easel used with William and Harry were born too. How fun! 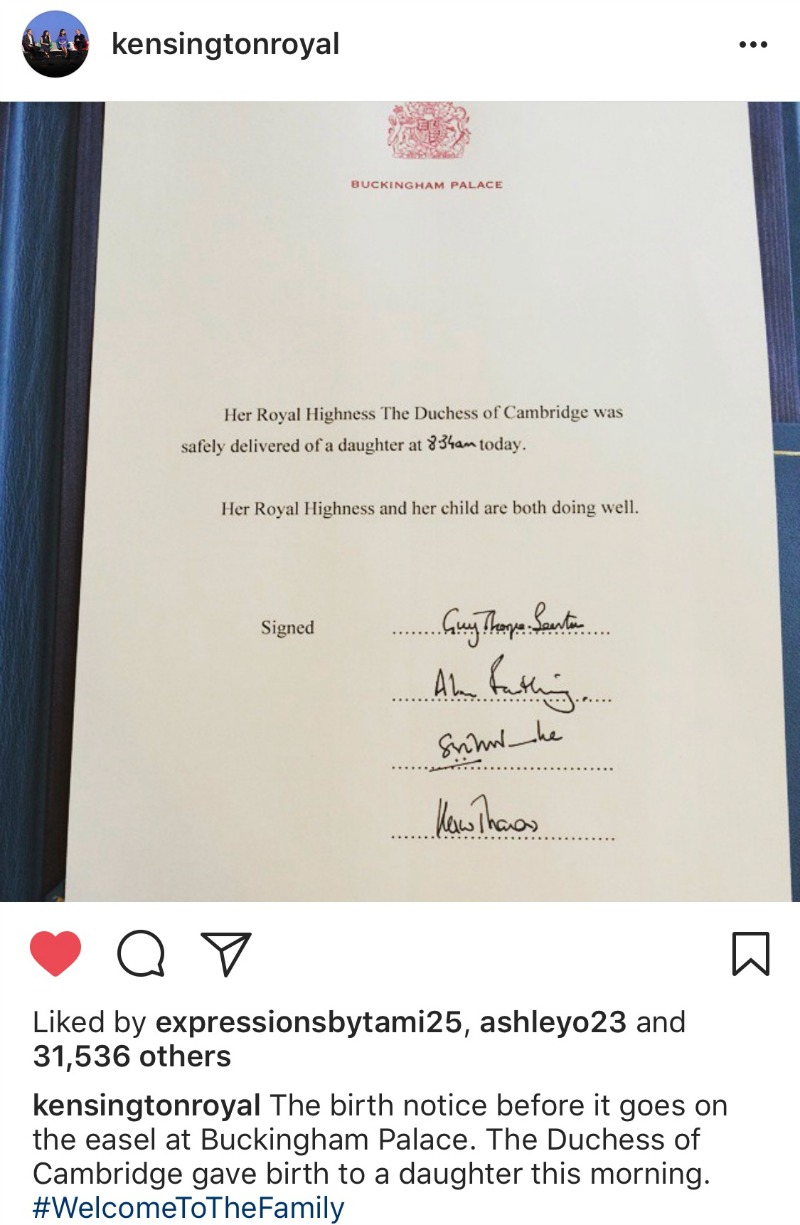 And you know who else was there too? The same town crier that announced Prince George’s birth! Now I don’t think this guy is officially the town drier or anything but who cares? He’s good at it!

At around 6pm William, Kate, and their sweet baby girl left the hospital and headed home. How awesome is that? Not even 12 hours after she gives birth Kate gets all dolled up and heads home! She’s like a magical pregnancy unicorn (name that movie) or something! 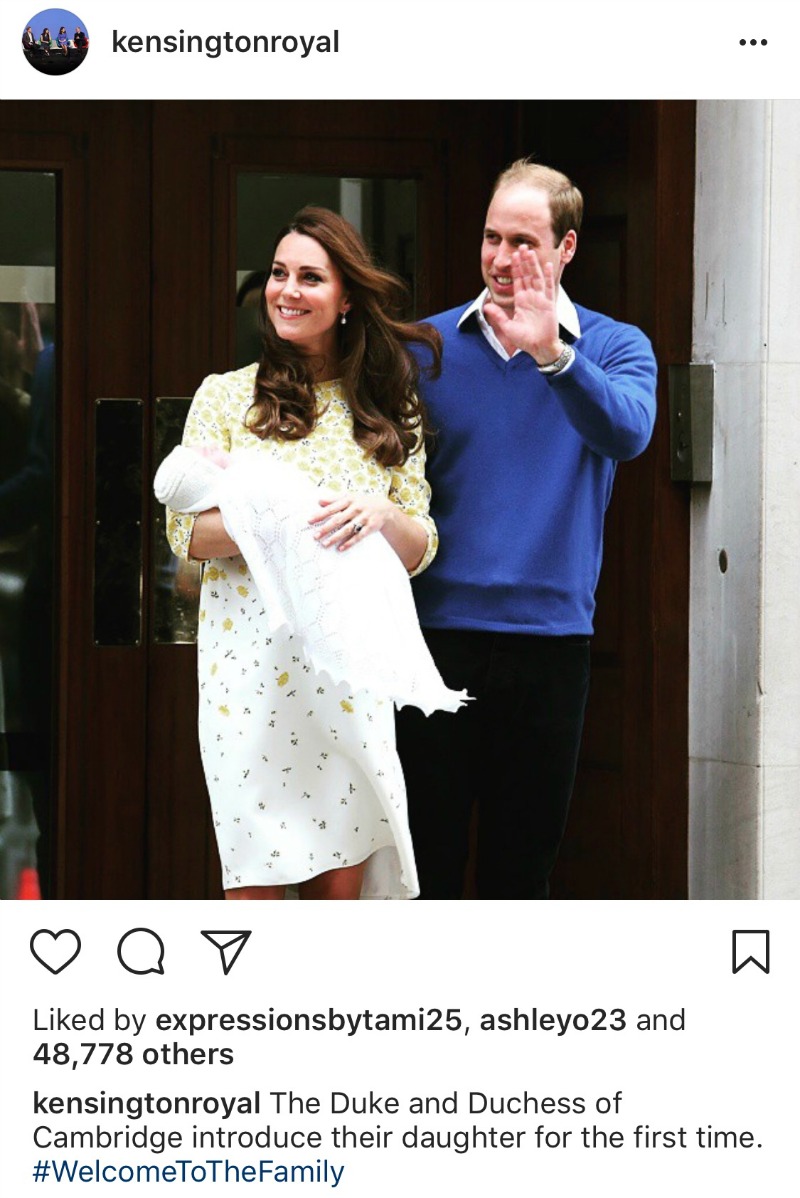 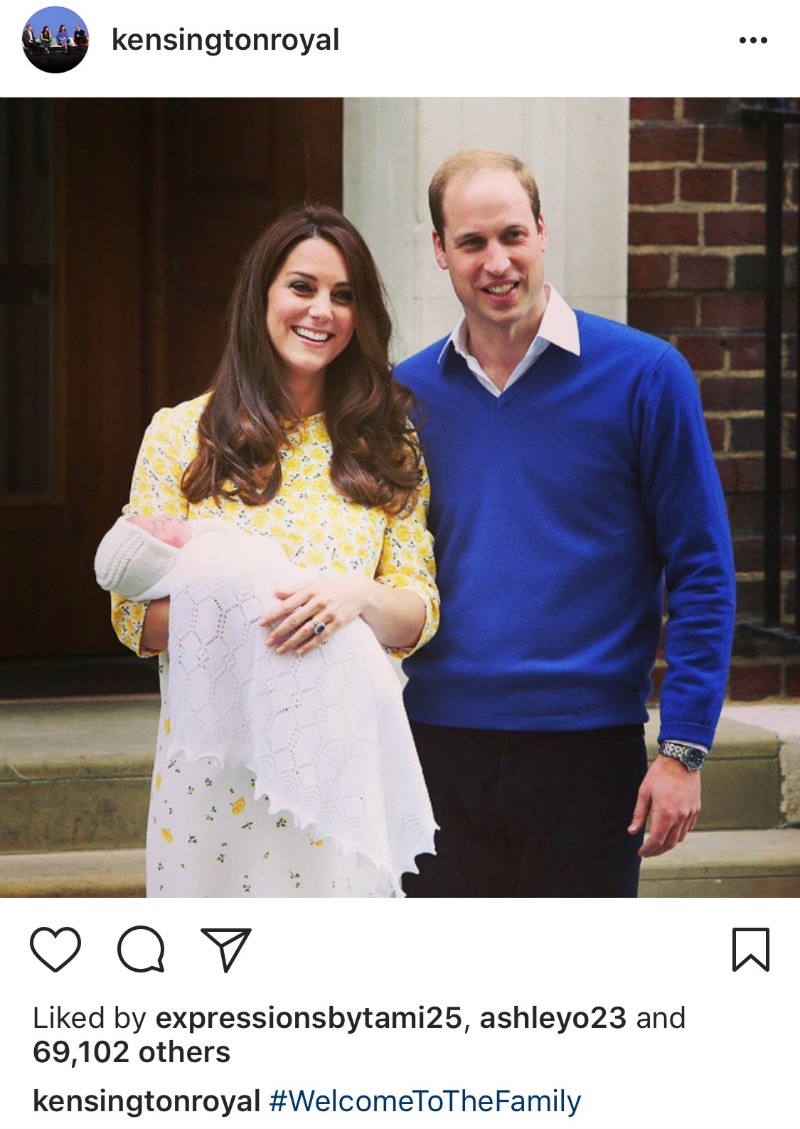 How adorable are they leaving the hospital holding hands? I can only hope that one day after I have a baby I look that good!!

Cheers to the new baby princess and the new family!!

What do you think about the new Royal Baby??
Are you as Royal Family obsessed as I am??