I have been talking about this soup on Twitter and Instagram a lot and finally found the time to blog about it!! I am a huge soup fan, I love to make a big ole pot and eat on it for a few days. I definitely don’t get tired of eating the same thing for a few days as long as it’s super yummy. 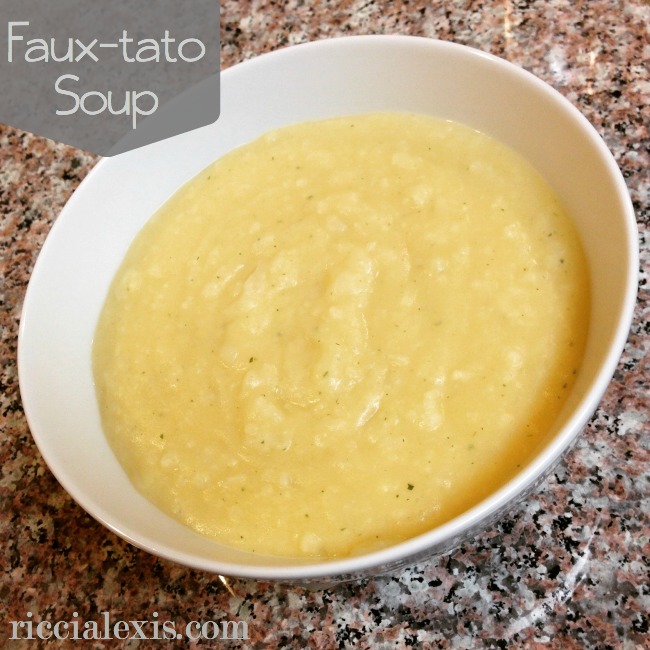 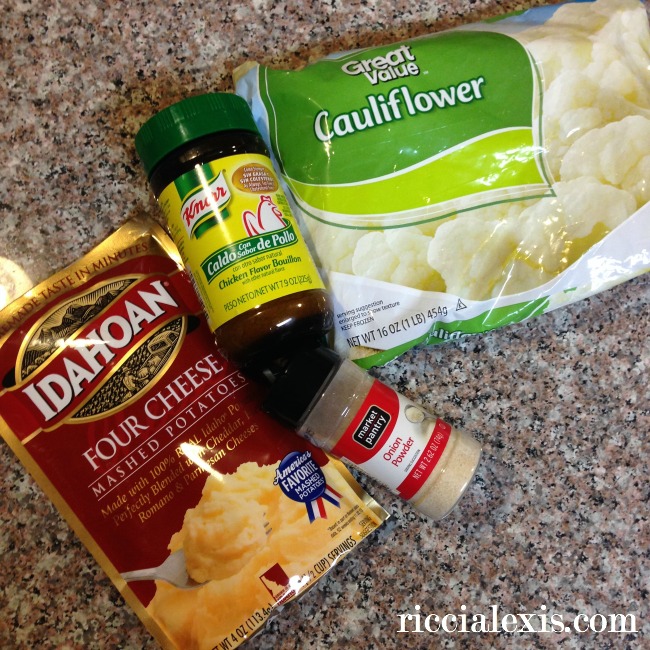 Four things! A bag of frozen cauliflower (or a head of fresh, chopped), a bag of Idahoan Four Cheese Potato Flakes, some Onion Powder, and some Voodoo Chicken (Caldo de Pollo, fund in the Mexican Aisle at Walmart). BOOM! Done!

This soup is so easy to make and it is so rich and creamy that you won’t believe it’s made out of cauliflower and that there are so few calories in it.

Do you love potato soup? Have you tried it with cauliflower?