Why am I always late to the party? I’m not talking about literally being late, I’m talking about being late to jump on the bandwagon about certain things. Take for example the statement necklace. Everyone has been wearing them for the past couple years and I finally decided to last January. LOL!!

I think I wait so long to see if something is a fad or if it’s actually going to stick around. Plus let’s face it, I’m cheap and I don’t want to waste my money on things I may wear only once or twice. I’m more into “investment pieces”. That’s not to say that I spend a lot of money on each piece, I don’t! I’m talking about investing money, time, and my personal style into everything I buy and wear.

So what things have I recently decided to jump on the bandwagon about recently? Let’s see…

…first there were the Cowboy Boots. I know that I’m from the south but that doesn’t mean I wear cowboy/girl stuff. I have only owned one other pair of cowboy boots in my entire life and that was when I was in 6th grade and showing pigs at the county fair for my local FFA. Don’t even ask.  HA!

I went to a friend’s wedding a few months ago and it was very shabby chic/country/outdoors so I decided to wear a cute sundress, my jean jacket, and some cowboy boots!! So I went down to my local boot store and bought a pair! You better bet I didn’t go to Target and grab a pair, I went authentic. Like I said earlier, I go for investment pieces. But I did buy them on sale if that counts!! 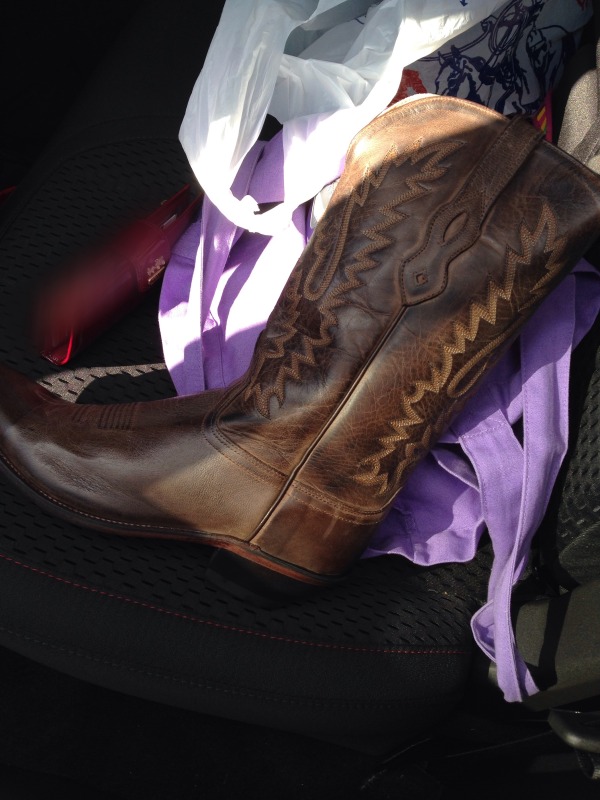 Cute, right?? Plus they are super comfy!! Who would have thought?!

Another bandwagon I have recent;y jumped on is the piko top. I swore I would never wear them because I just knew they would make me look huge. I know what looks good on my and I have to have stuff with a defined waist or it just hangs off my boobs and looks like a tent. So imagine mu surprise when I was shopping with Rebekah at Dazzle Daze and she talked me into buying one from Pretty Peacock Boutique. I was still skeptical after I bought it so I went to the bathroom, stripped down, tried it one, and fell in love. I immediately went back and bought another one and ordered a few more online. Addicted.

However, I don’t like the original piko, I like the dolman style. Are they even considered pikos?? Oh well, either way I didn’t think I would ever buy those either. I ordered a few from Giddy Up Glamour and one from Kiki la Rue! I think KKLR calls them Maddie tops.

I don’t have a pic in a piko top but I need to get on that ASAP!! Until then, here is a pic from GUG…

Yet another bandwagon I have jumped on is the Taylor Swift fan club. Shake it Off was pretty catchy but I love Blank Space. I’m talking love love LOVE it!!! I haven’t really liked much of her previous work, I’m weird about my music but I really love her recent stuff. It’s more me!! And her style is to DIE for!!! And the video? LOVE!! I mean, who hasn’t felt like this before…

Well I guess that’s all my bandwagon jumping as of late….what things have you jumped on the bandwagon for?? Or are you like me and “late to the party”??