Happy Tuesday! I hope everyone had a fabulous three day weekend. I cleaned my whole house from top to bottom and watched a lot of Netflix, so there’s that. HA! Ever since I took my blog break in April I have been meaning to write a post about all of the shows I have been binging on Netflix lately, including shows like Greenhouse Academy (which is one of my faves right now!!).

I love shows about schools, especially boarding schools. I secretly would have loved to go to a sleep away school when I was a teen so shows and books about boarding schools intrigue me. Also shows/books about sleep away camps. I was a counselor at a sleep away camp when I was in college one summer and that was one of my most favorite jobs ever!! I guess I was just obsessed with getting away from home?? Who knows, I was a weird kid. LOL! 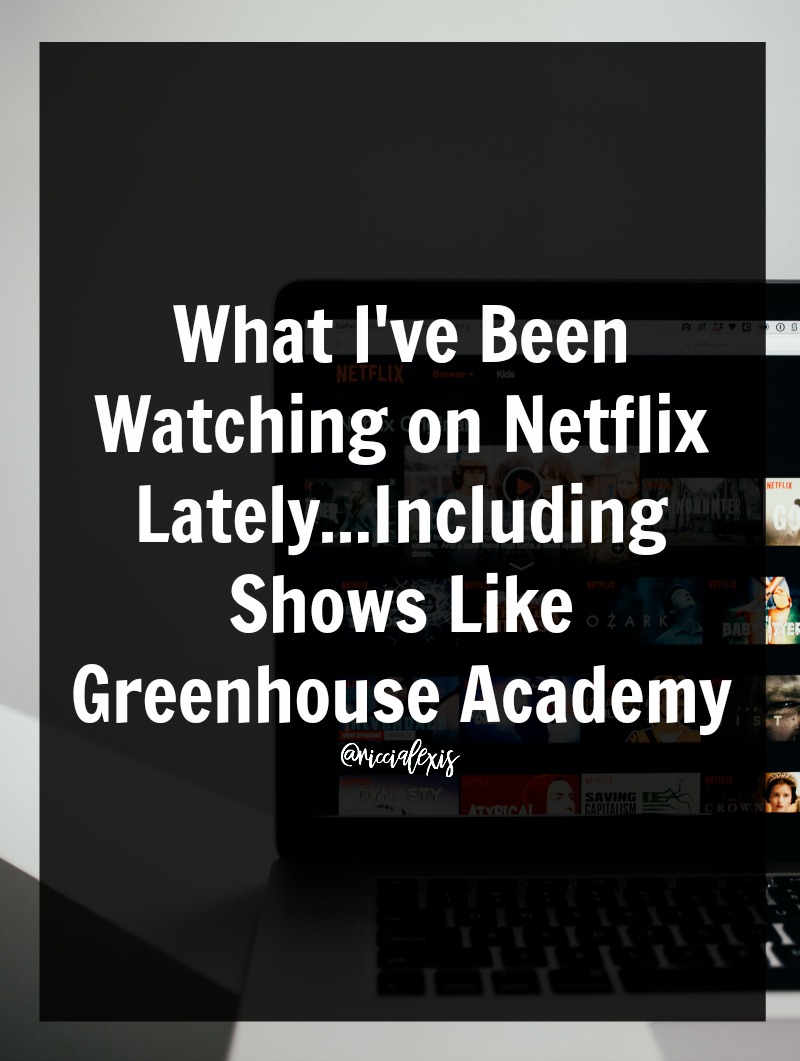 So what have I been watching? Let’s see!!

ONE. Greenhouse Academy. Seeing as how the name is part of the title of this blog post I thought it only fair to make it number one on my list. I loved Greenhouse Academy when it first cams out last fall and the fact that season two followed it so quickly only made me love it even more. It’s about kids at a boarding school for the highly talented and elite. Season one was all about getting in and figuring out there was something wrong with the school and season two is all about saving both the school and with world. Fingers crossed for a season three!!!

TWO. Riverdale. This is one of my fave new shows and season was just released on Netflix last weekend!! It’s all about the small town of Riverdale and all the people who live there…the Northside, the Southside, the Serpents and the Red Hoods (I think I remembered that name correctly!!). Season two was definitely a little more violent than season one but still just as good!! I can’t wait to watch more and the spinoffs Josie and the Pussy Cats and Sabrina the Teenage Witch. Who knew all of those characters were even related?? Not me!!

THREE. 13 Reasons Why. Yes, this show is highly controversial but I think it’s important to watch and see what teens are really going through these days. Season two just dropped a couple of weeks ago and I flew through it! Season one was all about why Hannah committed suicide and what people could have done to prevent her from doing it and season two is all about people taking responsibility for their actions. I really thought season two would be the end of it but I really think there is going to be a season three!!

FOUR. Stranger Things. I have so much love for Stranger Things!! It reminds me of all my favorite 80’s shows rolled into one. Seasons one and two are out and filming has already started on season three. If you love a good blast from the past (think Goonies meets Breakfast Club) then you need to watch this show!!

FIVE. Lost in Space. This is a show I wasn’t sure I would like or not. It’s kind of Swiss Family Robinson but in space and with more families. It’s really good though and will def be back with a season two. 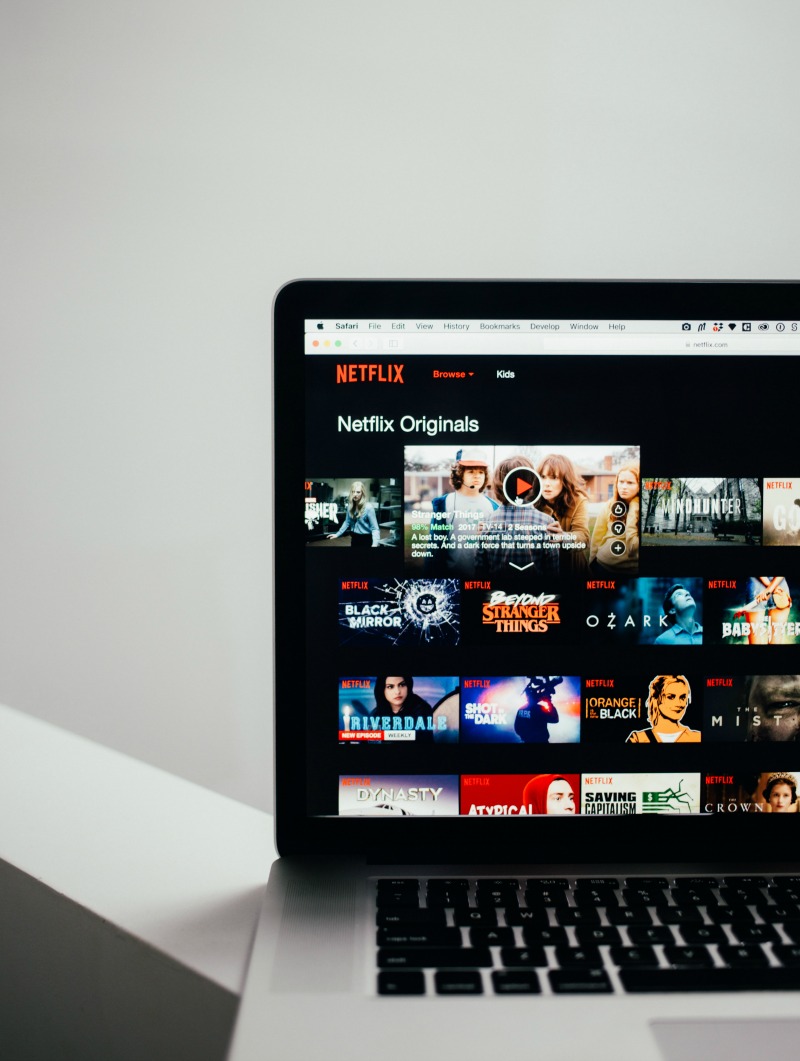 SIX. Gossip Girl. If you are more into the socially elite/NYC school scene this show is for you. It does have a lot of drugs and sex though so if you’re not into that and more adult relationships then don’t watch it. I remember watching it when it first came out and thinking that show was more college than high school but what do I know? Maybe high schools in NYC are really like that?

SEVEN. Pretty Little Liars. OMG I loved this show for so long!! Not a boarding school type show but it is about high school kids dealing with some major adult drama. SO GOOD!!

SEVEN. Switched at Birth. I loved this show when it first came out on ABC Family (now Freeform) and I watched a couple of seasons before I quit. Now I’m glad it’s on Netflix so I can catch up on it! It’s about two girls who are switched at birth and they get the chance to meet their real families and finish their last couple of years of school together.

EIGHT. The Fosters. I have to admit that I have only seen a few seasons of this show but it looks really good! It’s about a family of foster kids and the ups and downs they go through in life.

NINE. Anne with an E. Ok, not really a “school” show but I do love this show! If you have read the Anne of Green Gables books then you will really appreciate this show!!!

TEN. The Magicians. This is a college based show and it took me a few tries to really get interested in it but I LOVE this show now! It’s kind of like a grown up Harry Potter but (almost) anyone can learn magic in it. It’s a pretty good watch!

So there you have it, those are the shows like Greenhouse Academy that I have been watching on Netflix lately!! I hope you found some new shows to binge!!

What have you been watching on Netflix lately?? 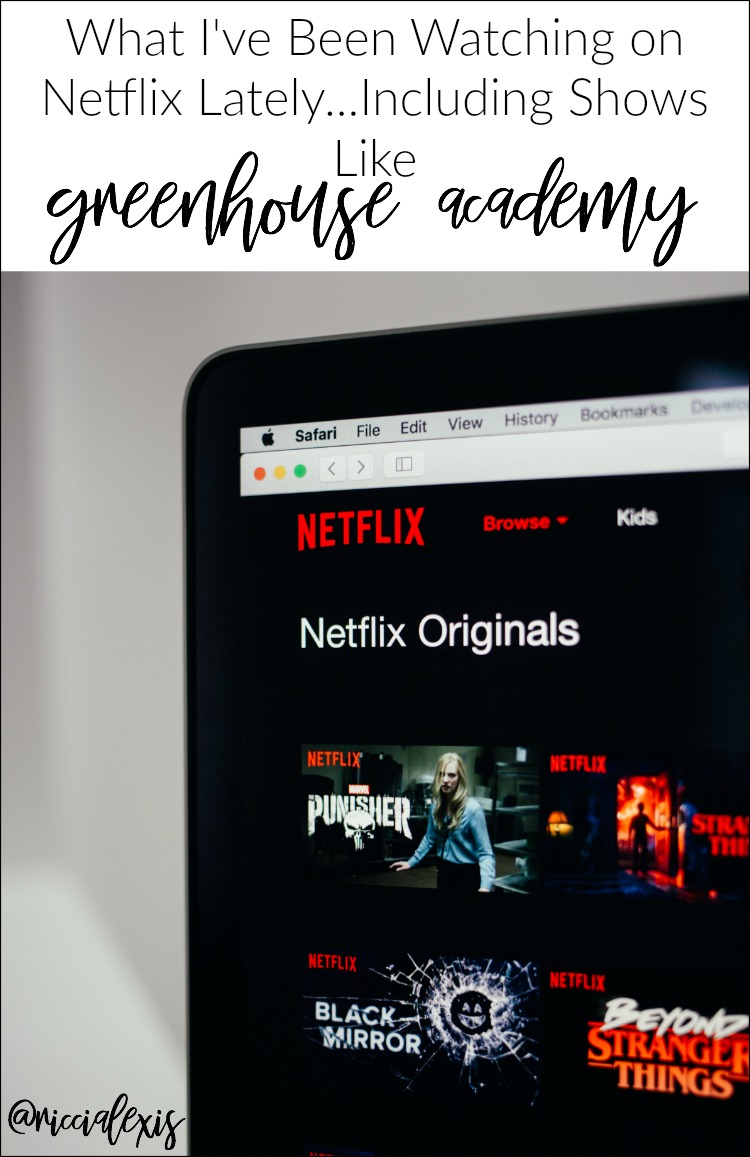