The countdown is officially on!! Prince Harry and Meghan Markle are getting married next weekend!! It’s no secret that I am Royal Family obsessed and I feel like with the rise of social media and the Royal Family’s immense social media presence more and more people are fascinated by their lives than ever before. I also think that Netflix’s The Crown had more of an impact than anything, gotta love Netflix!!

Since I consider myself a little bit of an expert on the Royal Family (trust me, I’ve been following them for years) I am here today to share with you some of my favorite TV shows and movies that have to do specifically with the British Royal Family. I also have a whole list of books that I want to share with y’all but I think that warrants it’s own blog post because the list is quite extensive. Like I said, I’m #RoyallyObsessed LOL!!

I have decided to share my list, in true nerd fashion, in chronological order because if we are going to do this then we are going to do it right!! This list of TV show and movies are all also fairly historically accurate, with lots of drama thrown in because that’s what makes for good shows. So let’s get to it, here are my top ten TV shows and movies about the Royal Family! 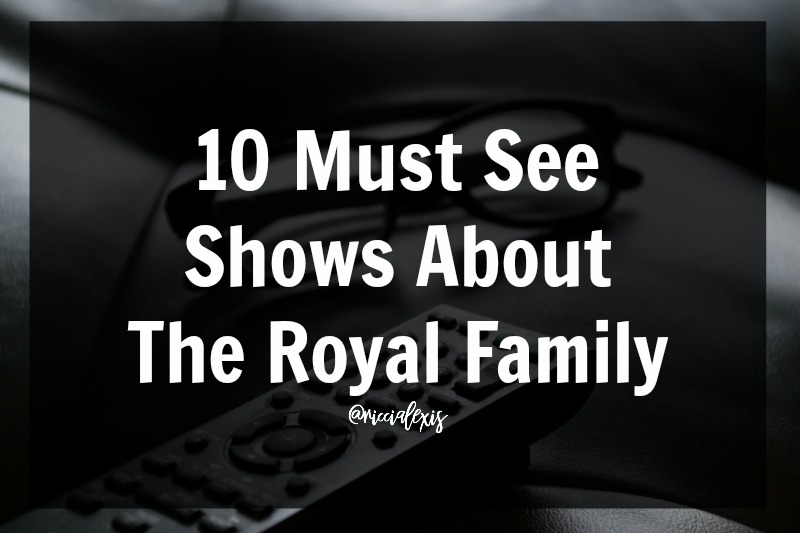 ONE. The White Queen. Based on the historical novel, The White Queen by Philippa Gregory, this series is set in the 1400’s in the middle of the War of the Roses (an English Civil War between the House of Lancaster and the House of York) and follows the lives of three women who manipulate events throughout the wars in order to try and gain power. I am actually watching this series right now on Amazon (it’s free to Prime members!!) and am loving it so far!! There is only one season if this show but there is a sequel called The White Princess. 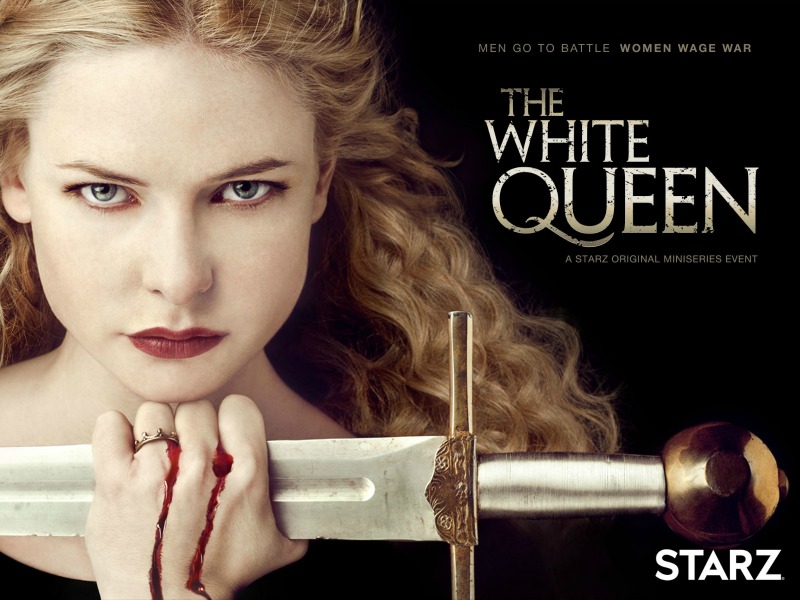 TWO. The Tudors. Perhaps one of the most famous of England’s monarchs, the life of Henry the VIII has been a source of entertainment by inspiring many books, shows and movies about his life, death and (most important) his many wives. I have seen several shows about Henry VIII but I think the best one I have seen is The Tudors. The Tudors follows Henry VIII’s life from the time he became king until his death and all of the fascinating things that happened during his reign (politics, marriages, etc). There are four seasons in total to watch. 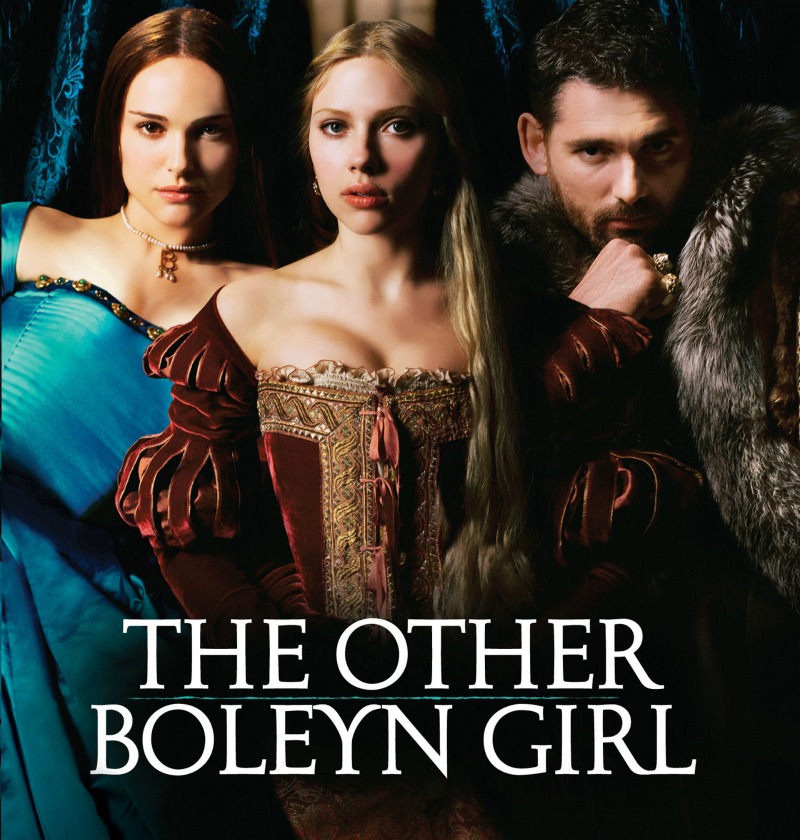 FOUR. Reign. This show is based on the life of Mary, Queen of Scotts. Mary is the only surviving child, and heir to the Scottish throne, of King James V. He dies when she is six days old and the country is ruled by regents until she is of age. The show Reign starts when Mary is about to get married to Francis, heir to the French throne. Now you may be asking why this is significant to the history of the British throne but I promise I’m getting there!! The show is all about Mary’s wedding to Francis, her time in the French court, her trying to get back to Scotland to reign and all the drama there. It also prominently features Queen Elizabeth I in the third and fourth season as she tried to take Scotland from Mary so she can be the ruler of both lands. 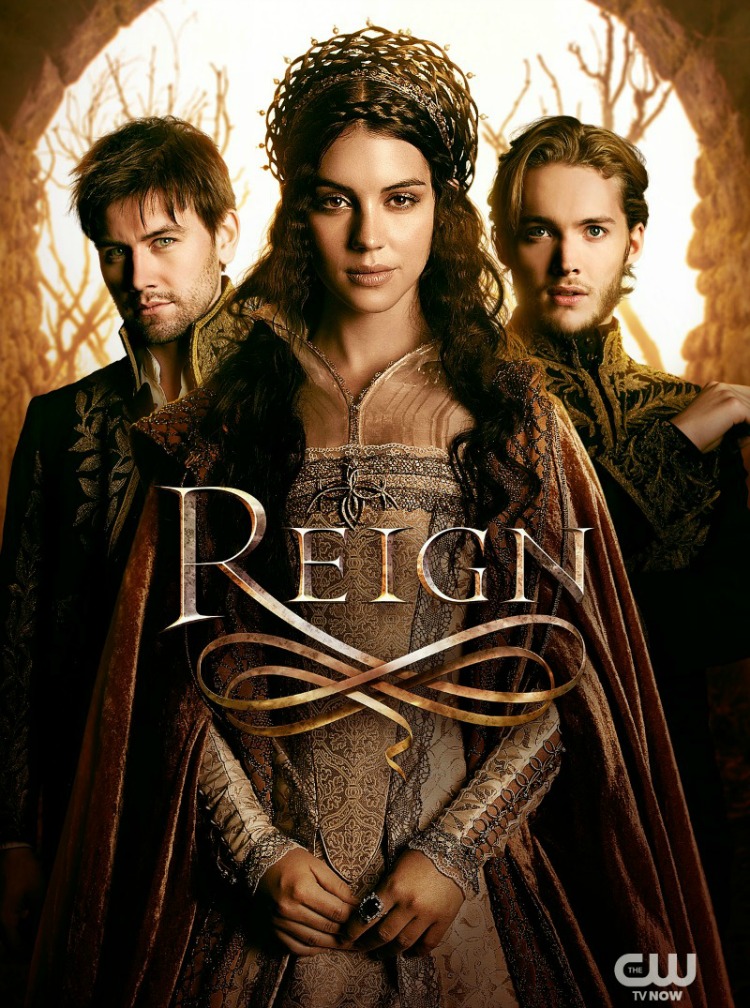 FIVE. Elizabeth. This movie is all about the early years of the reign (1500’s) of Queen Elizabeth I. I LOVE Cate Blanchett as QEI and think she does a fantastic job in this role. This movie covers Elizabeth’s accent to the throne, her love life (if you could call it a love life, she was most famously known as the Virgin Queen because she never married, her most famous “suitor” at the time was a married man named Robert Dudley), fights with both France and Spain, the establishment of the Church of England, many assassination attempts on her life, a little bit about Mary, Queen of Scots and a few more juicy bits. Overall it’s a really great movie!!

SIX. Elizabeth: The Golden Age. This movie picks up where the other left off and continues with Elizabeth being pressured to marry or at least name an heir or England will fall to Mary, Queen of Scots (and therefore convert back to the Catholicism, getting rid of the Church of England ) when she dies. I believe there are some more assassination attempts and wars and other good drama. 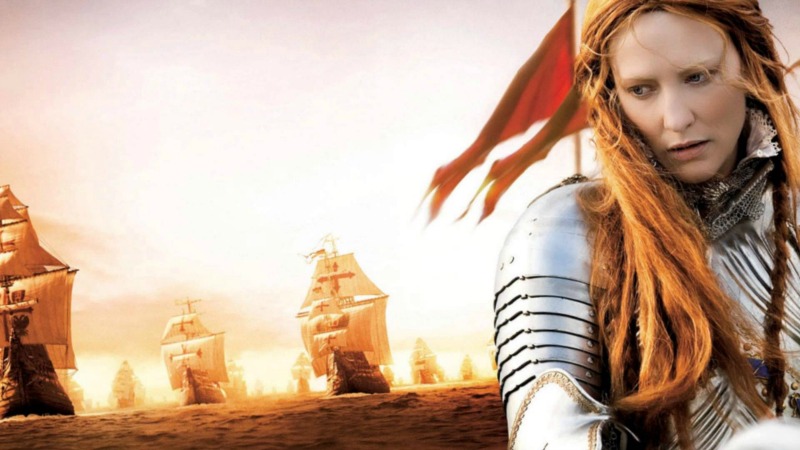 SEVEN. Victoria. Now we jump to the 1800’s and the reign of Queen Victoria. This PBS Show documents the start of Victoria’s reign when she is 18 years old after the death of her Uncle (King William IV, he had no heir of his own and all of his brothers were dead and had no sons) and covers the start fo her reign, her relationship with her mother, her wedding/marriage and her first pregnancy. I haven’t watched the second season yet but I hope it’s as good as the first!! 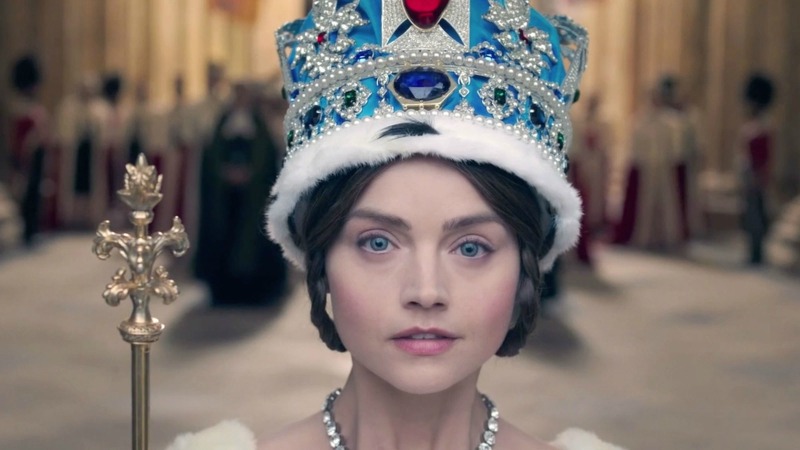 EIGHT. The King’s Speech. I LOVED Colin Firth in this role!!! This movie is about King George VI and his speech impediment. I know, it sounds weird but it really is a good movie. It also gives a good look into the relationships within the royal family and the fruit Queen Elizabeth II! 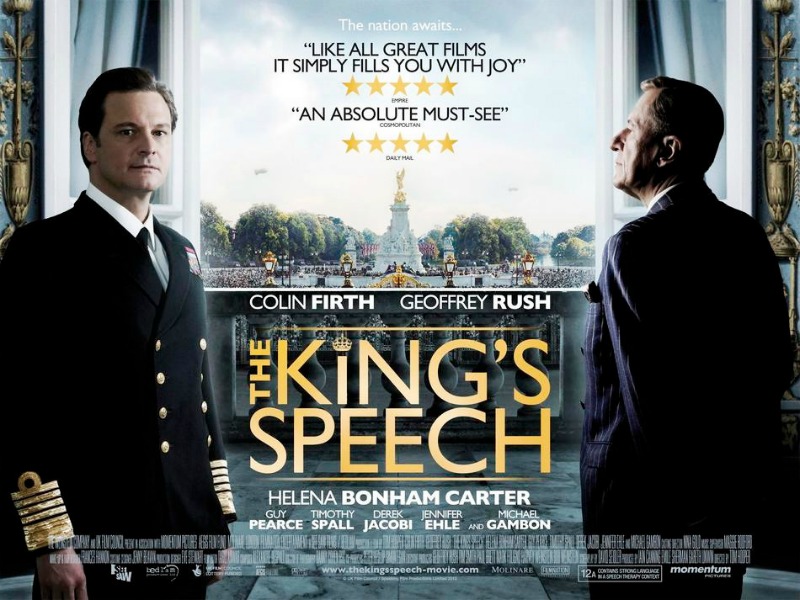 NINE. The Crown. The Crown is all about the life and reign of Queen Elizabeth II. It starts when she married Prince Philip and season two wraps up with the end of her early reign. Season three, which is supposed to come out this fall, jumps ahead a few years and (I think) pick back up in the 1980’s?? It’s really good y’all and I am huge fan of the show!! 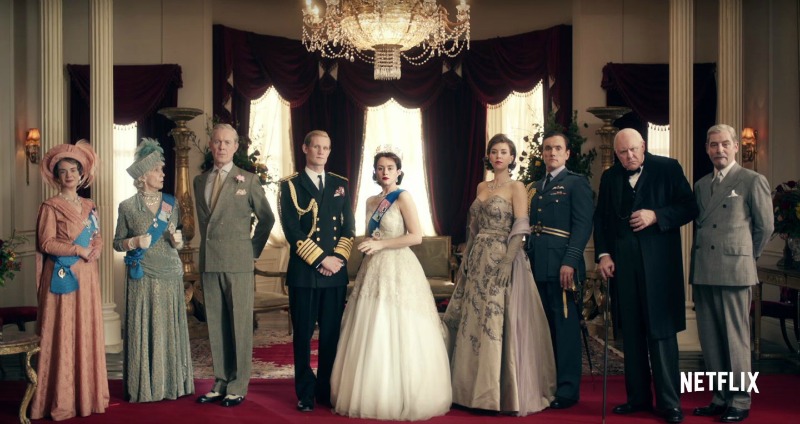 TEN. The Queen. It seem weird to have this movie after The Crown but as I have already stated The Crown starts at the beginning of QEII’s reign and The Queen is all about how she deals with the death of Princess Diana. I honestly didn’t think I would like this movie but I think Meryl Streep is a genius and this movie is a must see for sure!! 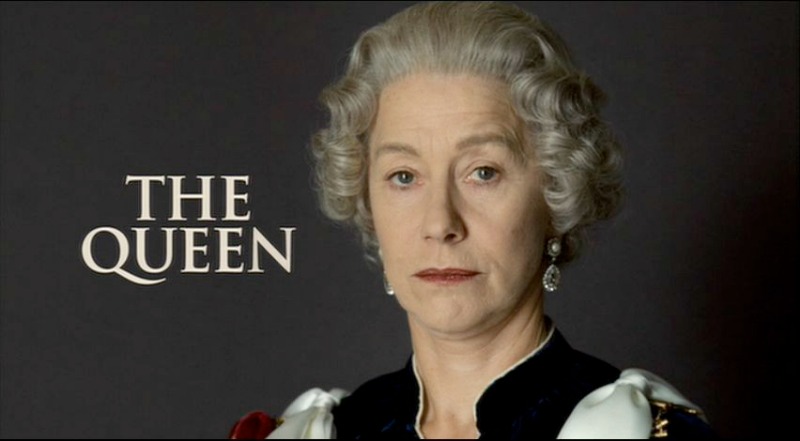 And there you have it folks, my list of 10 shows you I consider “must sees” about The Royal Family.

Are you as #RoyallyObsessed as I am??
Have you seen any of these TV shows/movies?? 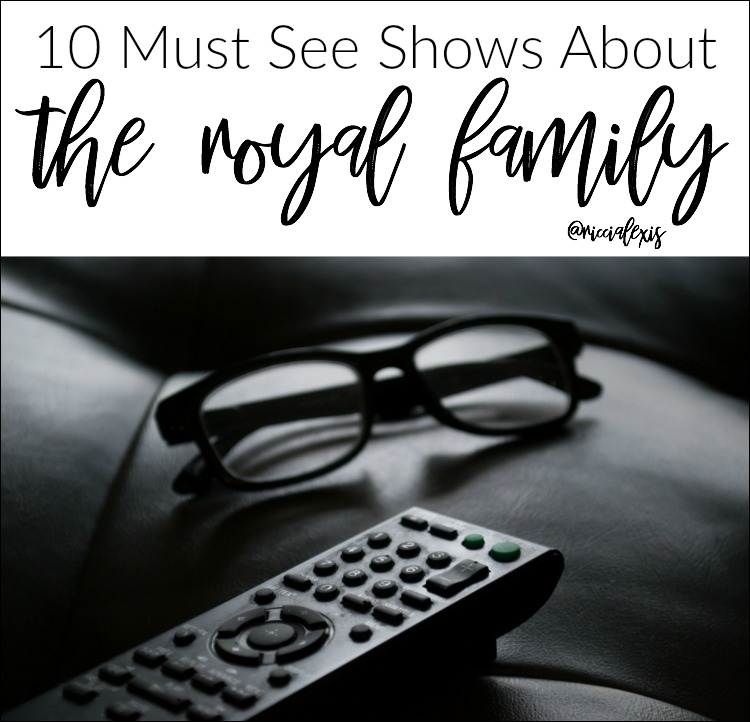