I am about to show my age here but when I was in college flavored vodkas didn’t exist. What?! I know, I know…so weird especially when you go to the liquor store now and it’s almost impossible to find plain vodka because there is every flavor imaginable on the shelf! I have tried a few and they are ok but trust me when I say they just don’t have the same kick as homemade flavored vodkas. I have been working on a few different recipes and today I will share with you one of my absolute favorites, Jolly Rancher Infused Vodka. 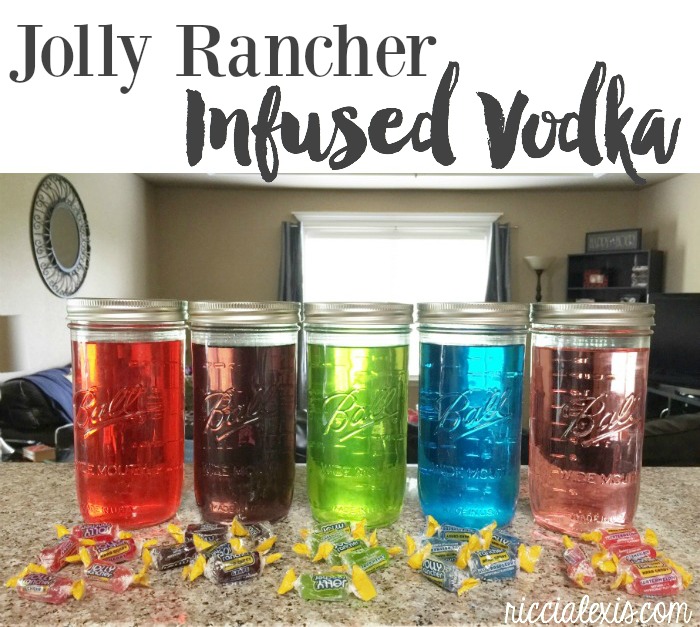 I clearly remember being at a fraternity party and one of my best friends and I sipping in our Smirnoff Ices and popping jolly ranchers into them so we could flavor them. We were nothing but classy…HA! But that got us thinking that if we could flavor our individual drinks then we could flavor an entire bottle and BOOM an idea was born and we never had boring vodka again.

For this recipe all you need is vodka and jolly ranchers. I also made a bubblegum vodka at the same – recipe coming later this week! 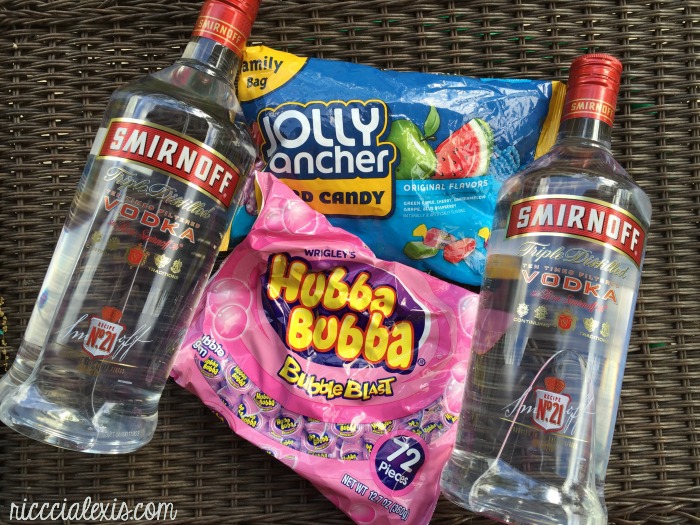 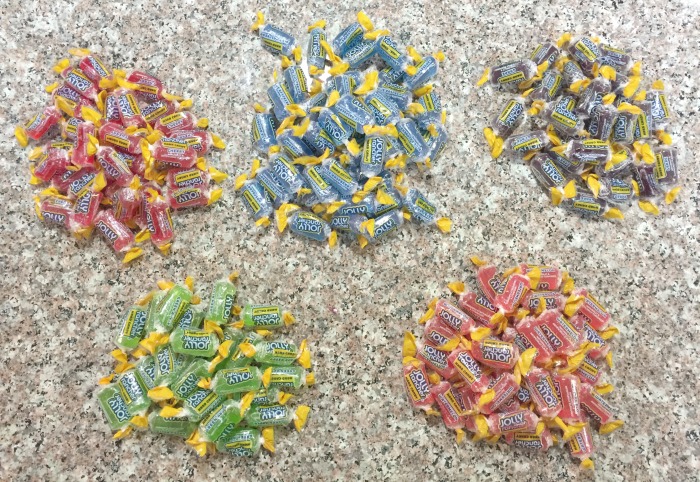 For this recipe I used 20oz wide mouth Ball Jars and put 20 unwrapped Jolly Ranchers in each and then I filled the rest up with vodka. 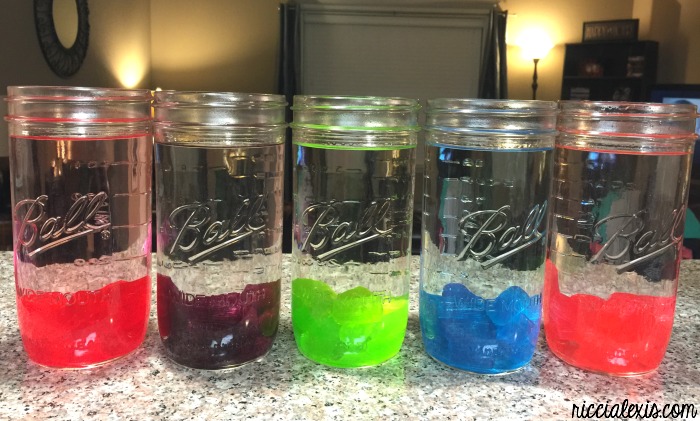 After letting them sit on my counter for a while I put them in my pantry and let them sit for a few days and then I took them out and gave them a good shake. If you don’t shake them then the Jolly Ranchers will just for a big, sticky blob at the bottom of your container and it will be impossible to get them to separate and mix. This pic is pre-shake… 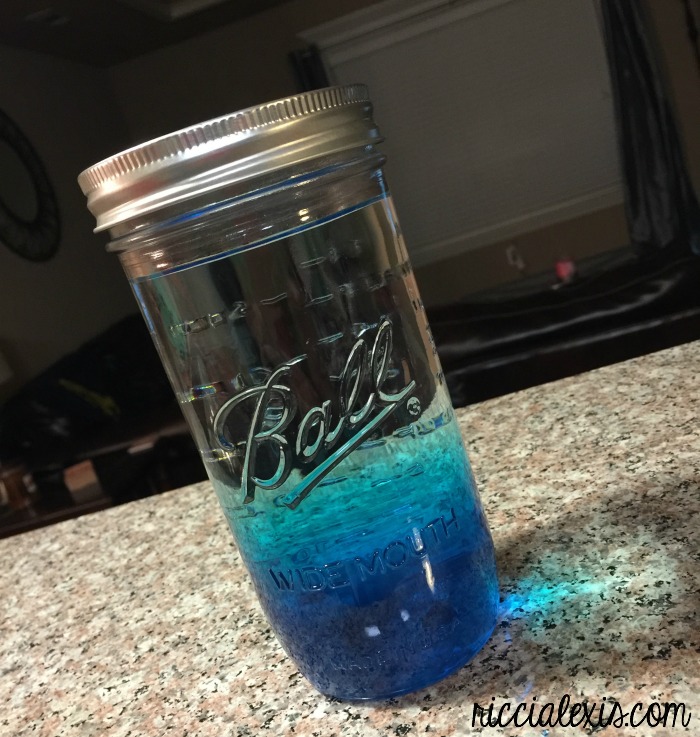 …after I shook it then the whole thing was blue!

About two weeks in I tool them out and shook them all really good again and viola! They were done! I was actually worried the Cherry (red) and Watermelon (pink) would look similar because the Jolly Ranchers are similar in color but they are two distinct shades of red and pink and they both taste delicious!! 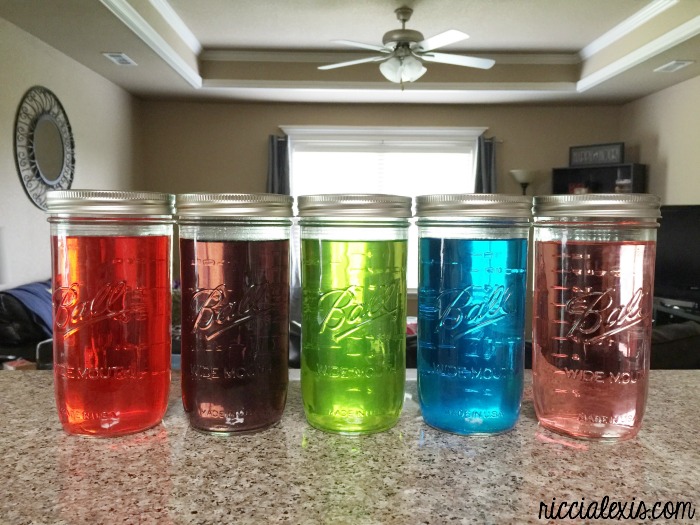 And that. my friends, is how you make Jolly Rancher Infused Vodka! When you are finished you will have 20oz of Cherry, Grape, Green Apple, Blue Raspberry, and Watermelon Vodka to do with whatever you want! You better bet I have some yummy recipes for these bad boys and will definitely be sharing those with you soon!

Have you ever made Jolly Rancher Infused Vodka??
What’s your favorite vodka flavor??