This past Monday I got to join my fellow Arkansas Women Bloggers on a tour of Arkansas Children’s Hospital (ACH). I hadn’t been to ACH since I did rotations there waaaaaaay back in 2007 and I was surprised to see how much it had changed! 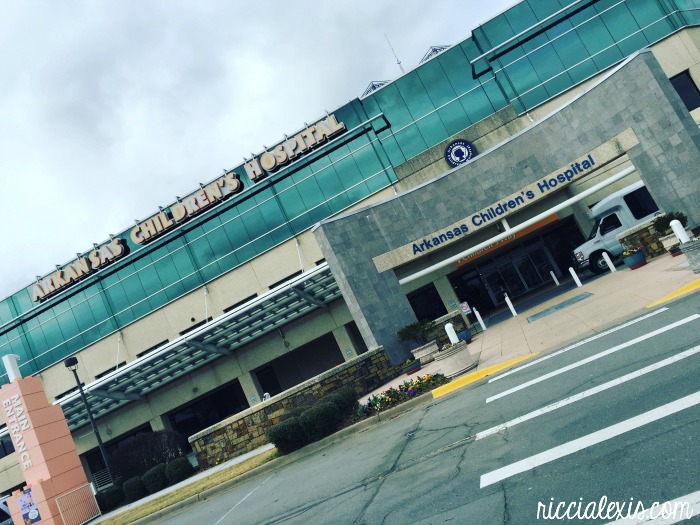 Arkansas Children’s Hospital is the only pediatric hospital in the state of Arkansas and is actually one of the largest pediatric hospitals in the United States. ACH is home to the only burn unit in the entire state of Arkansas and they actually treat both children and adults. ACH is also home to the Angel One Transport team, which is the mobile transportation system that transports patients by both land and air. Angel One is currently one of only three institutions in the United States to offer air transport to ECMO (extracorporeal membrane oxygenation) patients. That’s a lot to be proud of and we haven’t even really touched the surface of ACH!! 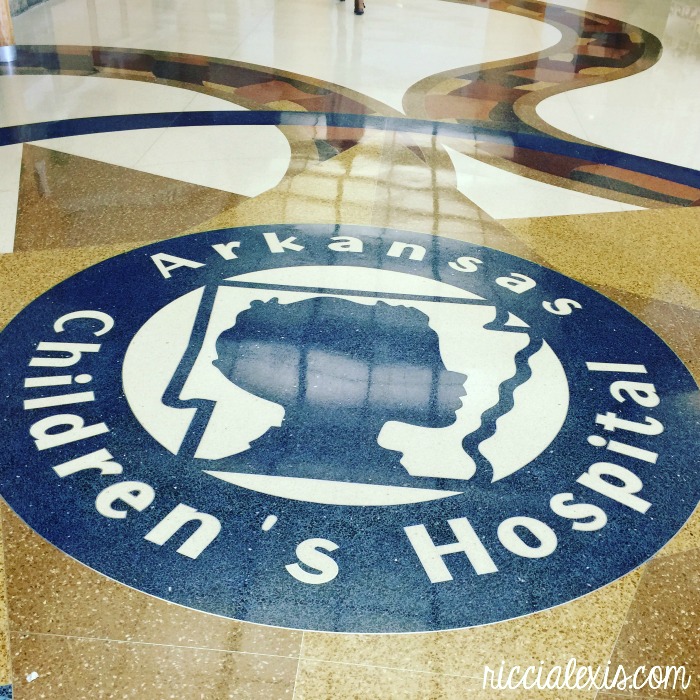 The first place we visited on our tour was the Angel One Transport Team’s floor. We learned all about the helicopters, ambulances, and got to meet some of the pilots, nurses, and respiratory therapists that work on the team. The team routinely picks up NICU patient, PICU Patients, high risk OB patients, and burn patients from every corner of the state. 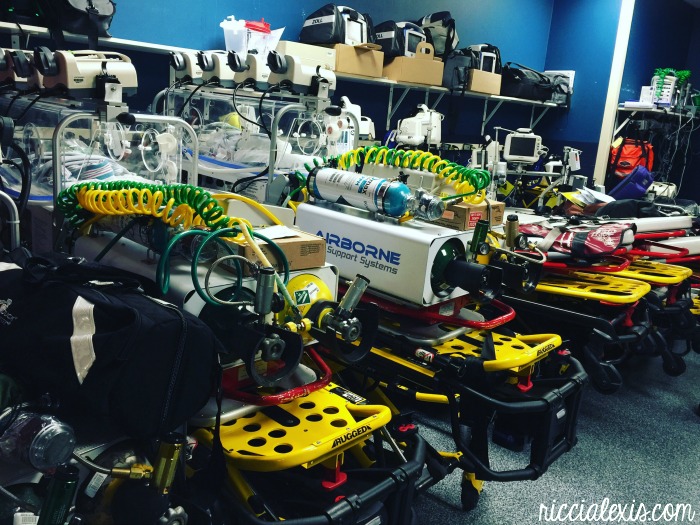 Angel One can get to anywhere in the state in under an hour via helicopter. Last year Angel One made just over 2000 trips!! Angel One consists of ambulances, helicopters, and a fixed wing plane for going longer distances. Angel One recently received two new helicopters because some of the old ones had reached their flight hour limit. The new ones cost roughly 14 million each. The money to buy the new helicopters was donated to ACH via the Children’s Miracle Network and funded through donations. 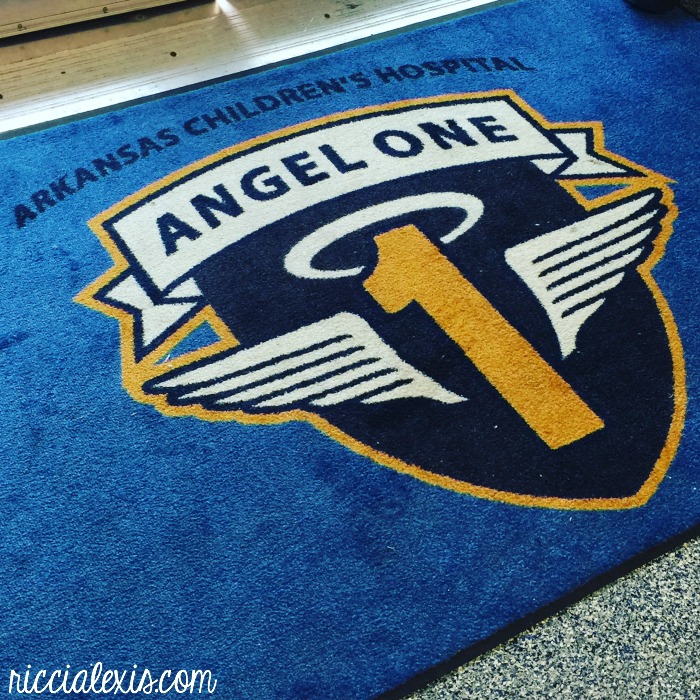 For reference, here is one of the old helicopters… 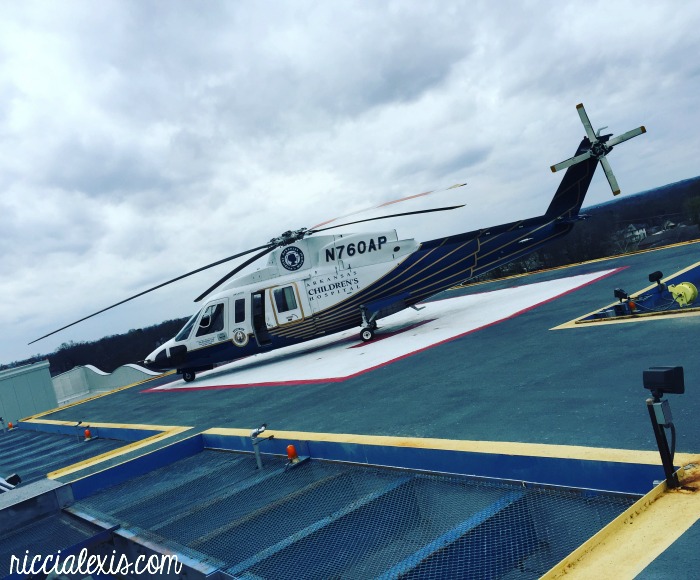 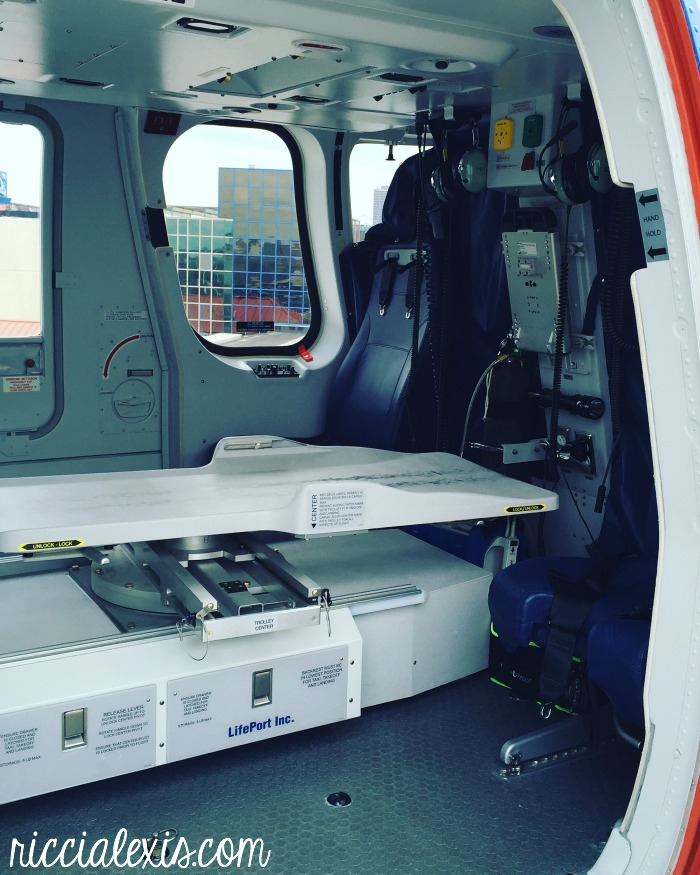 After our Angel One tour we headed back inside and walked to the NICU. On our way we passed through an atrium that had a ton of windows in it. The windows go to patient rooms so that patients can get some natural light during the daylight hours if they choose. I believe every hospital room at ACH has a window so that every patient has access to natural light. 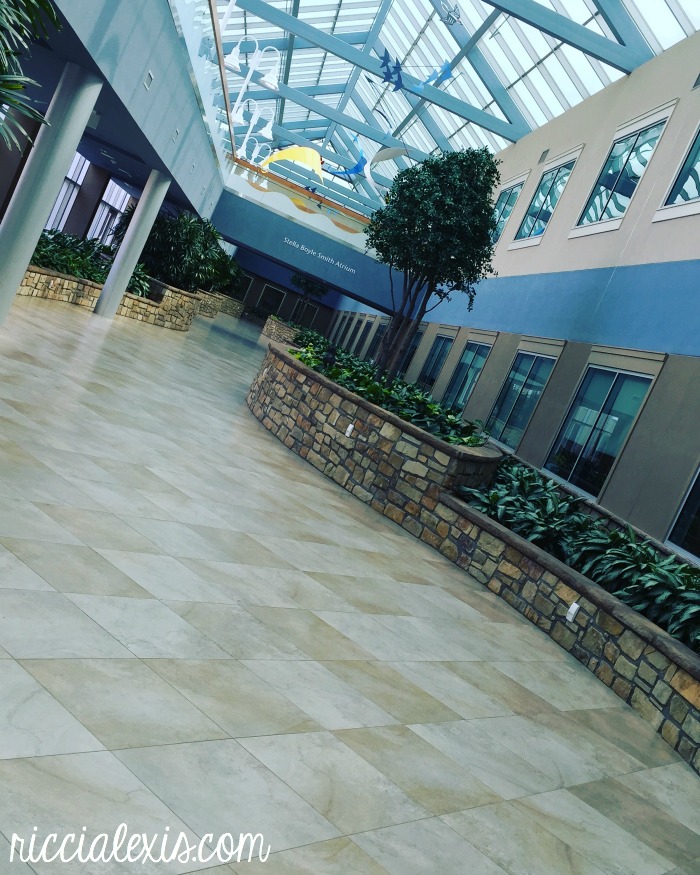 We also saw an outdoor playground that looked like it was a lot of fun!! The red roof you see in the playground photo is actually the roof of the original ACH and the building is over 100 years old!! 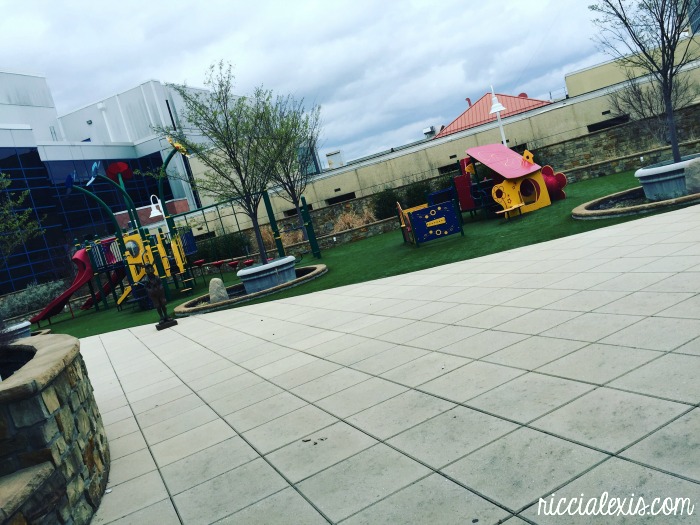 We got to tour the NICU (neonatal intensive care unit) and I didn’t get any photos because it is very dim in there, plus we weren’t allowed to take pics of the babies or their families. I love the NICU not only because of the sweet babies but because I love working in the NICU at my hospital!! It really is such a rewarding area to work and see those tiny babies grow big and strong and go home!!

The NICU at ACH has over 100 beds and that includes some private rooms so that parents and guardians cane room in with the babies before they get ready to go home! Each year the NICU gets approximately 850 admissions with most of those being premature newborns.

We had lunch after our NICU tour and then got to tour the Emergency Room after that. The ER has one entrance and one exit. Anyone who passes throughout hose doors must go through a metal detector each time they enter. There is one more entrance to the ER and that is through the Decontamination Room. If there was ever to be a disaster, chemical spill, or anything where people may be contaminated they would have to go through this room. The decontamination area used to be outdoors but too many babies were coming down with hypothermia so now the area is indoors and huge! 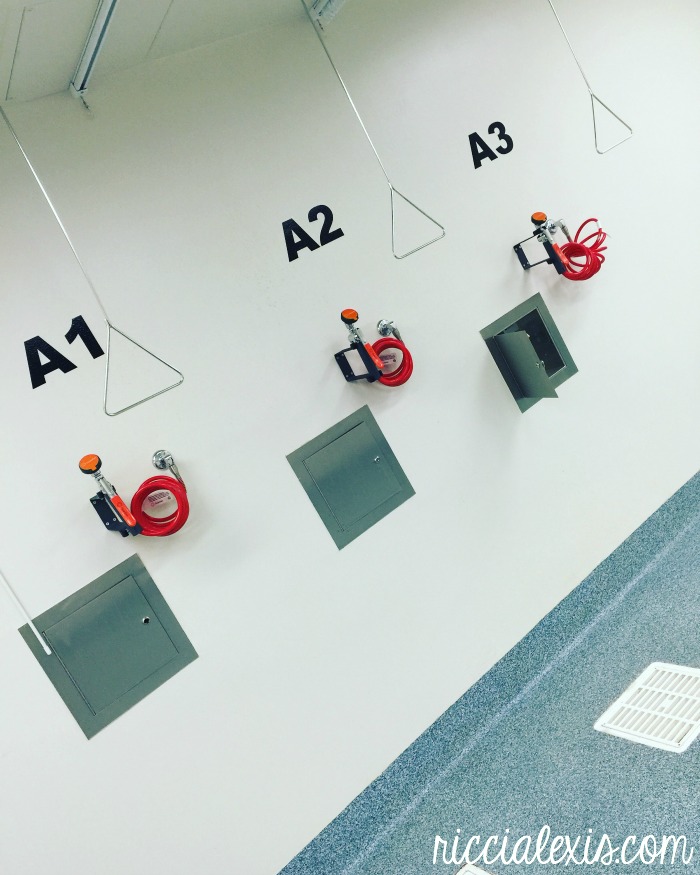 The ER at ACH is an extremely busy place! Last year more than 58,000 children were seen, which averages out to about 160 per day. This hallway is know as “The Bridge to Wellness” because it goes from ER admission to different types of waiting rooms, and eventually to the ER itself. The further you make it down the hallway, the sooner you are to being well! 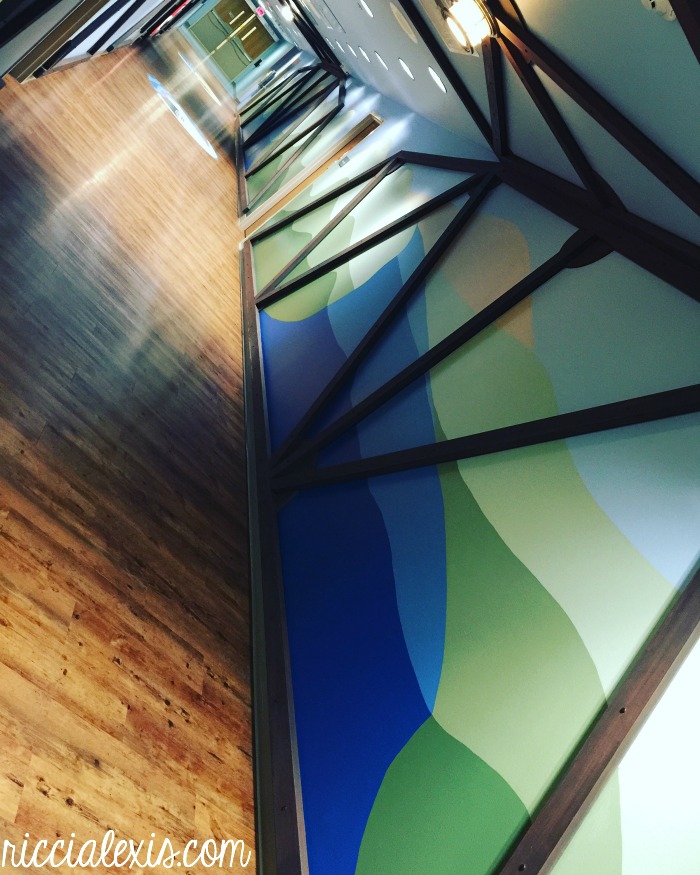 The ER has recently expanded and has brand new trauma rooms, a special room for psychiatric patients so they can’t hurt themselves, and another special room for children who have suffered sexual assault.

Here is one of the new trauma rooms… 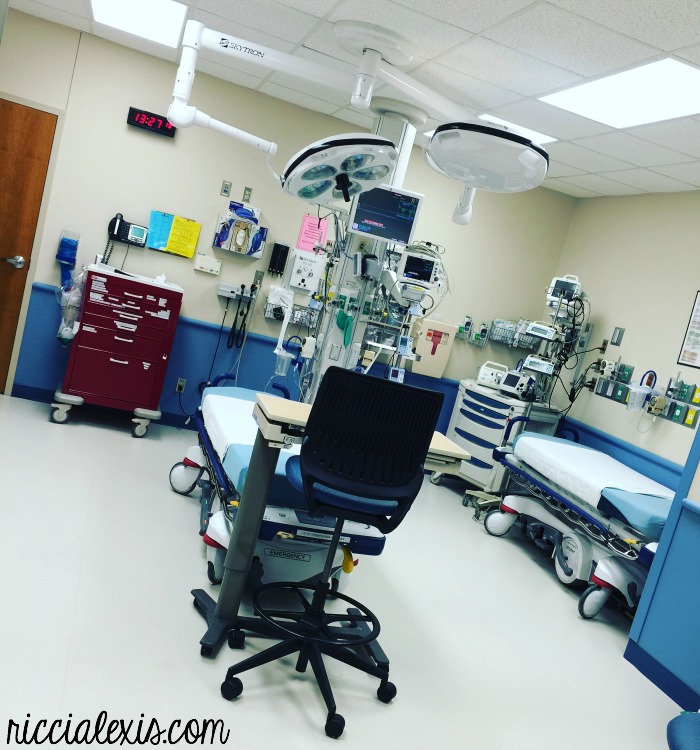 …it’s so big and has so much new technology!! I love it!!

After seeing all that the ER had to offer we were done for the day!! Areas we didn’t get to see but that are still incredibly important are the Pediatric Intensive Care Unit (PICU), Cardiovascular Intensive Care Unit (CVICU), the Burn Unit, and all of the floors that see any and all kinds of patients!!

I am so thankful for ACH and what they do. I am also thankful for all of the staff that took the time out of their day to show us around and teach us more about what ACH really does. I have a few more things to share with you about ACH but I’m afraid this post is getting waaaay too long!! LOL!! They will have to wait for another day.

Have you ever been to Arkansas Children’s Hospital??
Did you know they did so many wonderful things there??