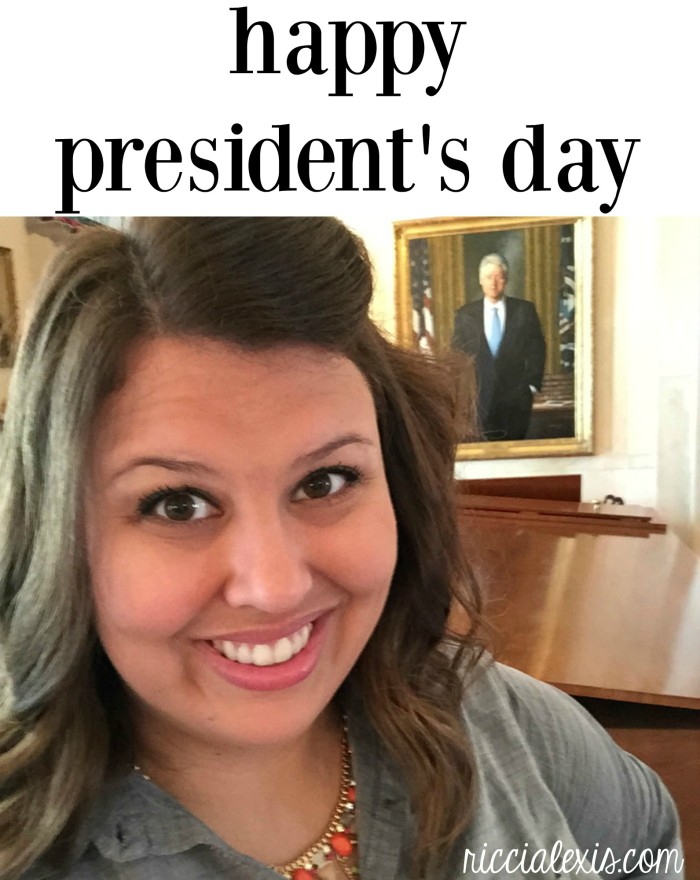 Happy President’s Day!!! And what is more “presidential” than a selfie of Bill and I from my trip to the White House this past summer? Not much, let me tell you, HA!

Anyway…I have a confession to make. Since living in central Arkansas I have been to the Clinton Presidential Library all of three times and each was for an event I was invited to at the center. I really need to step up my local game…especially since one of my blogging goals was to get local and see more of my surroundings!! HA!! 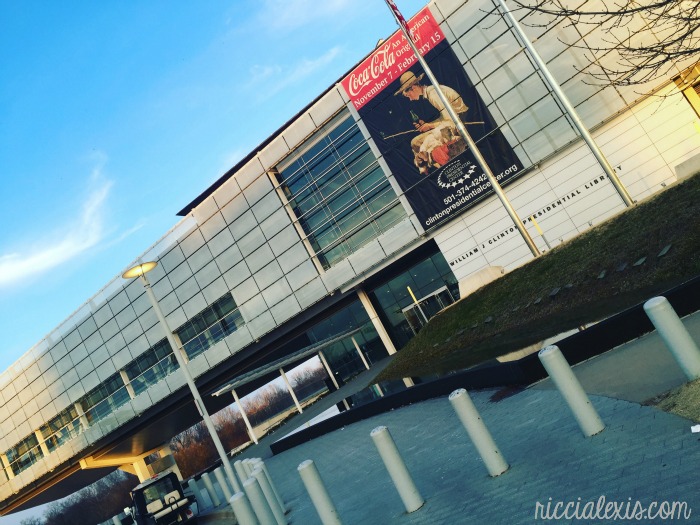 Last week I was invited to the library for an event honoring the 100th anniversary of Coca Cola and McDonalds. As many of you probably already know, I am an ambassador for Central Arkansas McDonalds and have loved every part of the “job” especially nights like these when I get to learn all kinds of cool stuff about McDonalds and Coca Cola!

Did you know that there is no official contract between Coke and McDonalds? The agreement was settled with a handshake and a promise and those have held true for 100 years. That’s pretty amazing!! 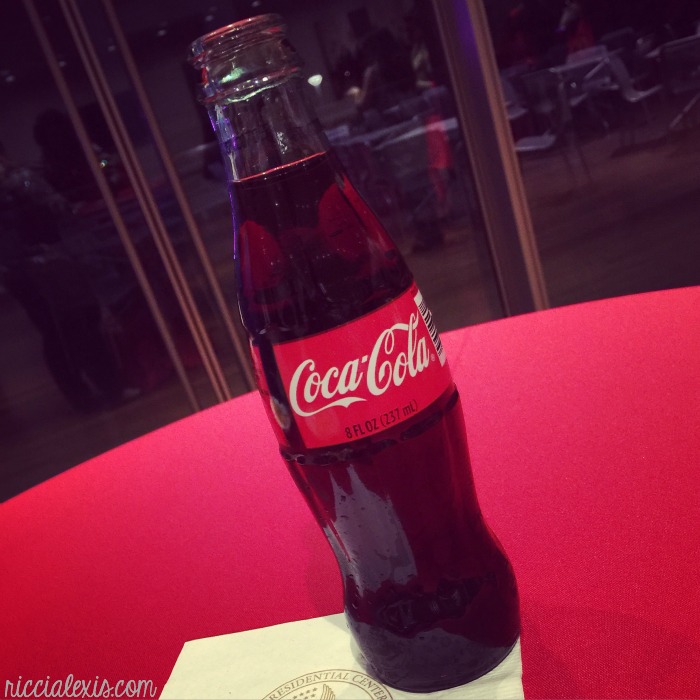 Coca Cola in a glass bottle. Does anything taste better? I think not!

While nothing tastes as good as Coke in a cold glass bottle I do think that a Coca Cola you get from a McDonalds is a close second. McDonalds Coke’s are held to the five attributes that Coca Cola outlines for their world-renowned, high quality beverages and they are:

McDonalds also has specially designed straws that are nice and wide so that all of your taste buds are satisfied with every drink. All of this Coke talk has me craving a quick trip to McD’s for lunch!! Good thing there is one 3 minutes from my house, HA!!

After learning about the relationship between McDonalds and Coca Cola, and how they keep their Coke tasting so fresh, we got to tour the Clinton Library’s Coca Cola display, Coca-Cola An American Original. The tour started with this amazing display of 3D printed coke bottle spirals. There were almost 1000 of these spiral that were hung from the ceiling!! How awesome is that??? 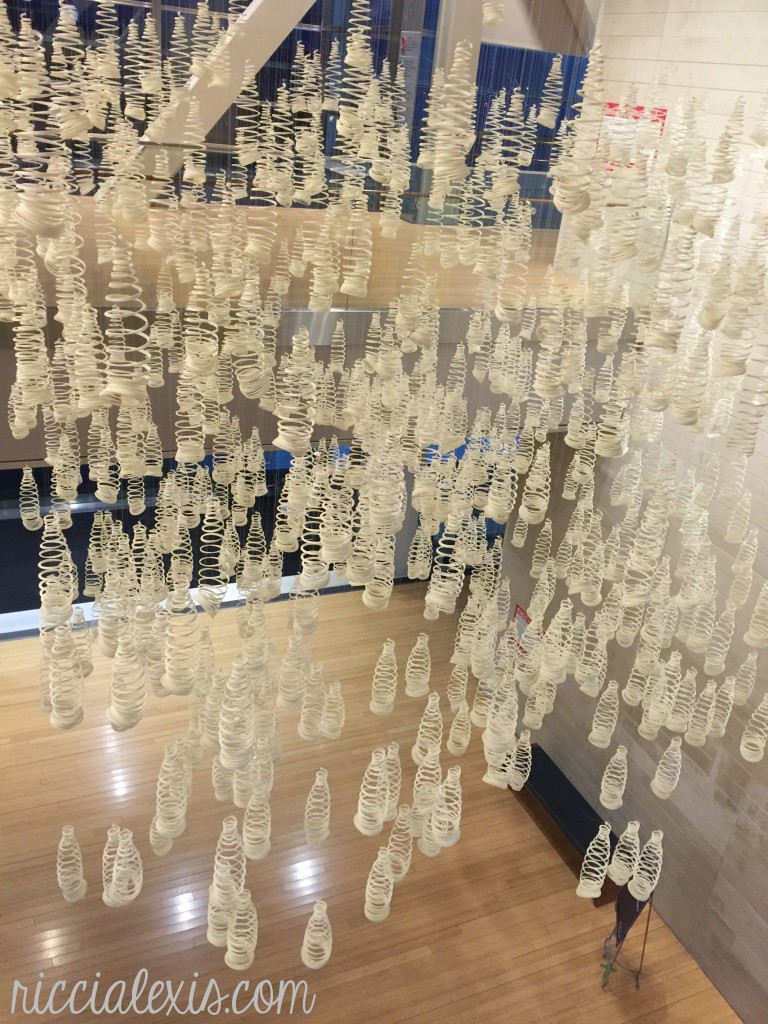 The first exhibit we saw was about the evolution of the Coke bottle. It was neat to see how the shape of the bottle has changed and leaner the process of why it was changed so much to bottle we know and love today. Believe it or not, there is a reason it is shaped the way it is. 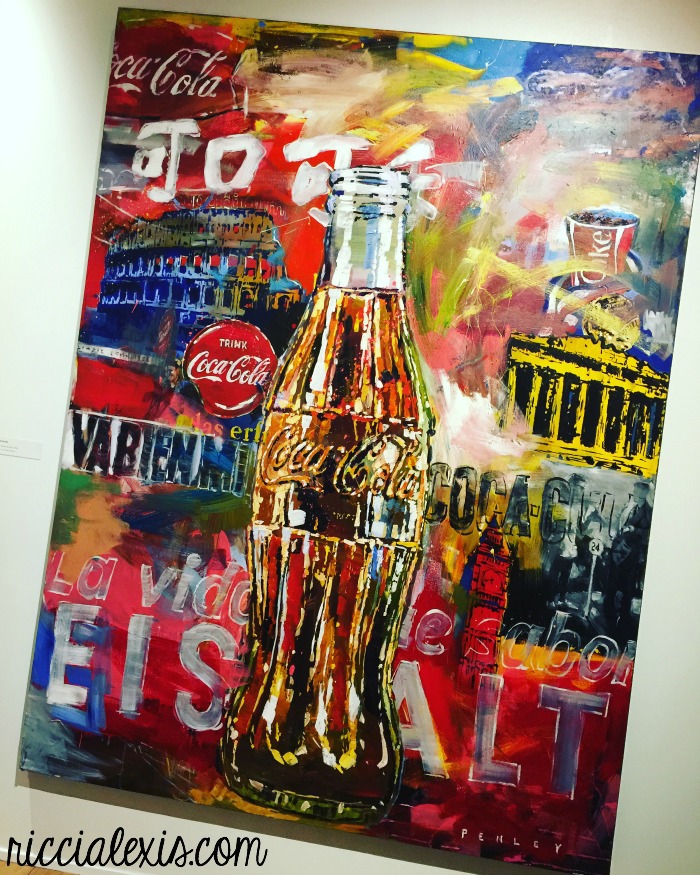 Here is the display featuring all of the official Coke bottles from first bottle to the most current. 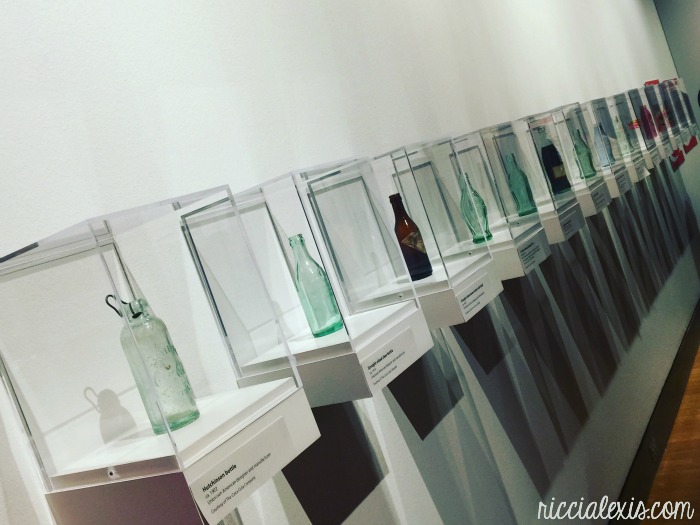 It was also really cool to see all different iconic bottles on display…I may need to start collecting Coke bottles??? 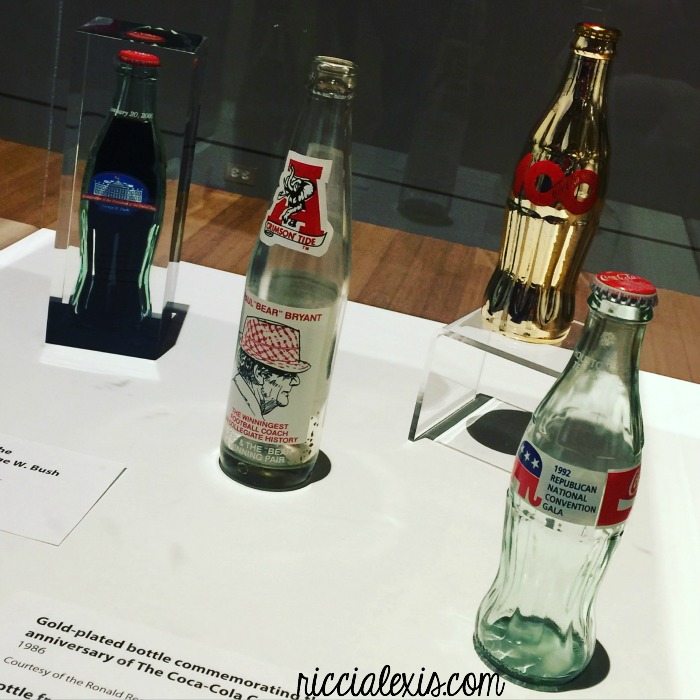 I also fell in love with this huge pop art display of a Coke bottle. If you look through a special eye piece at one end of the display you will see the whole bottle put together as if in one piece. 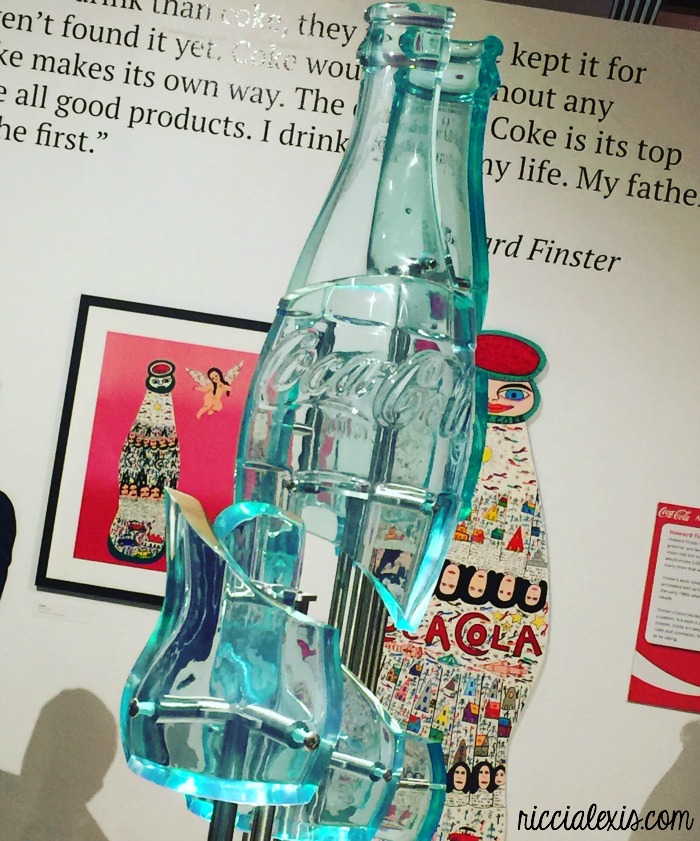 After touring the upstairs exhibit we went downstairs to check out Coca Cola art throughout the years. i keep forgetting to mention that our whole tour was led by Ted Ryan who is the director of Heritage Communications at The Coca-Cola Company. That’s right, one of the best Coca Cola Historians was in Little Rock AR to lead us on a tour of a Coca Cola Exhibit. Mind = blown. Also- how do I get a cool job like that??? 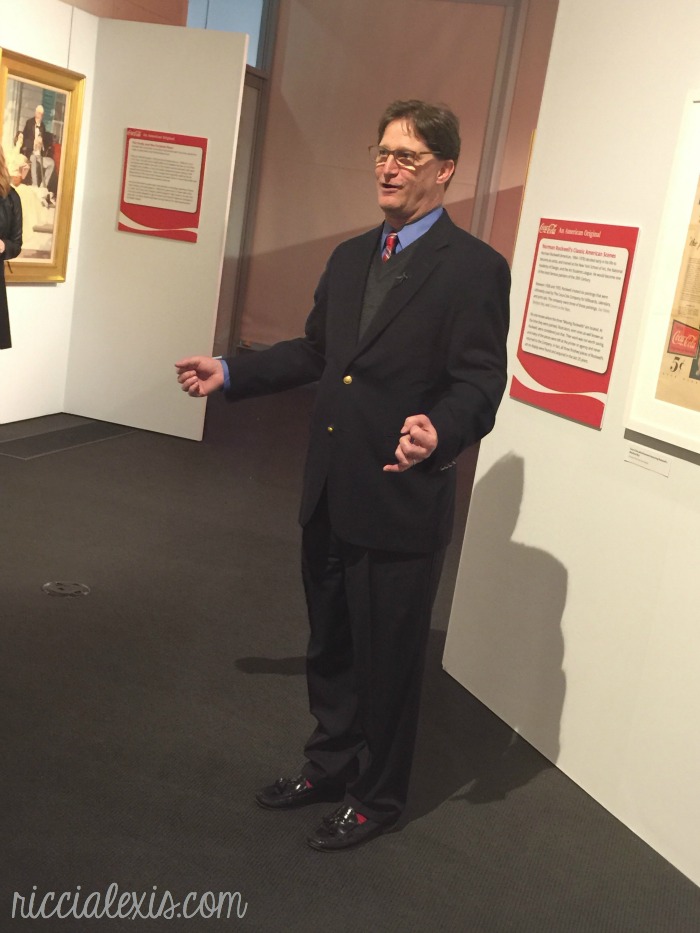 In the downstairs exhibit we got to see all sorts of awesome Coca Cola paintings and art that has been used in print ads throughout the years. Did you know that when an artist completed a painting for Coca Cola they never painted the bottles in? The painting was sent to Coca Cola and they had their artists paint in the current bottle. How neat is that?? 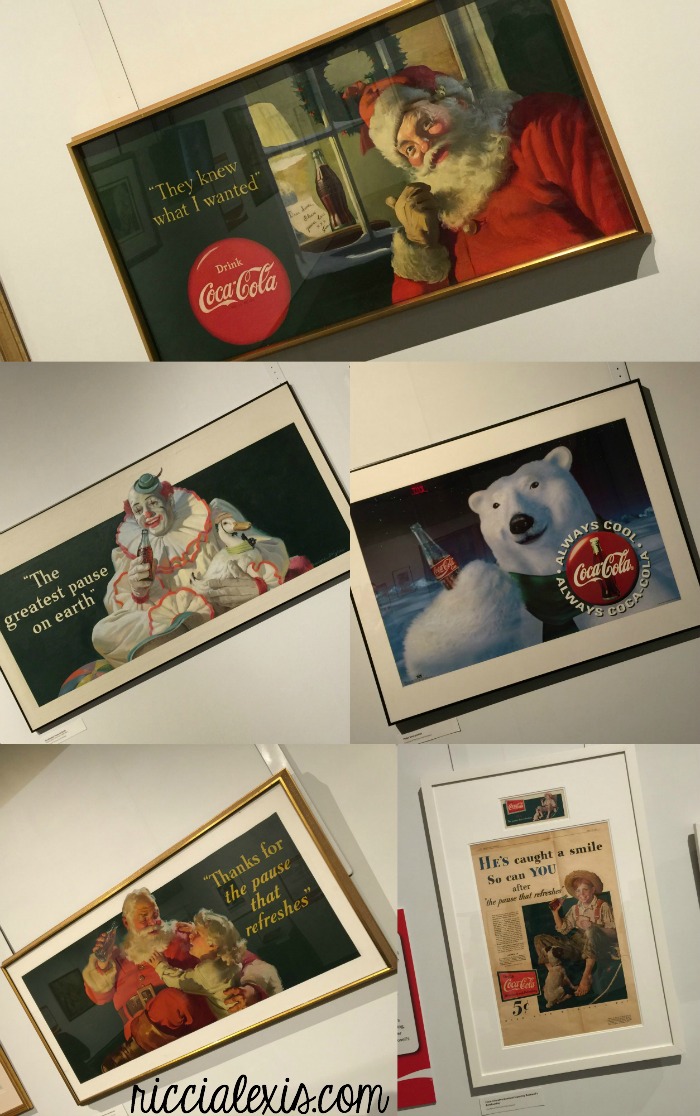 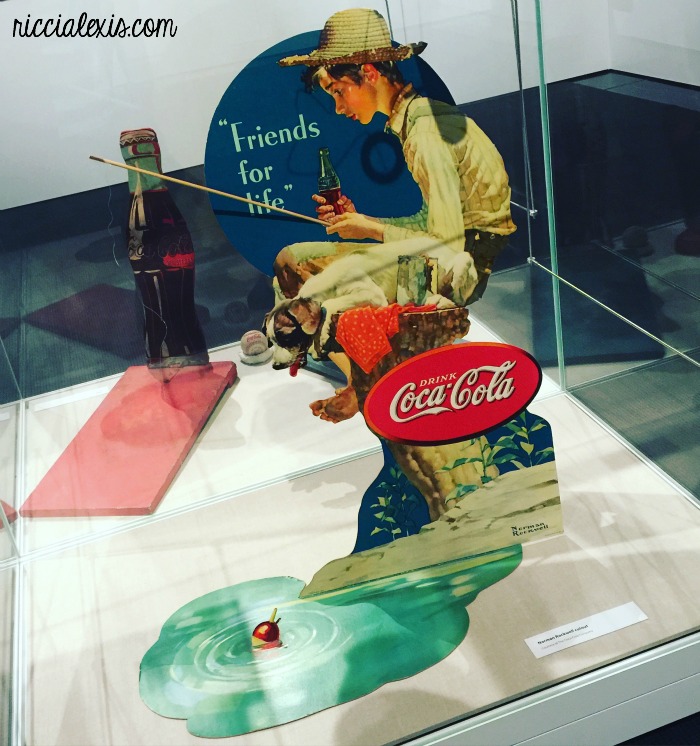 If you want to check out the Coca Cola exhibit at the Clinton Library then you better get there ASAP because today is the last day it will be there!! And if you do choose to go then today is your lucky day because since today is President’s Day you get FREE admission to the Clinton Library!!

Have you seen the Coca Cola exhibit at the Clinton Library??
Did you know that McDonalds and Coke had such an amazing relationship??