Now that school is back in session I am back to listening to my audiobooks. I “rent” them from my local library for free and download them to my iPhone via the Overdrive app. I have listened to a few good ones in the past couple weeks but my favorite one so far is Sara’s Key. Anyone heard of it before? It’s pretty amazing. 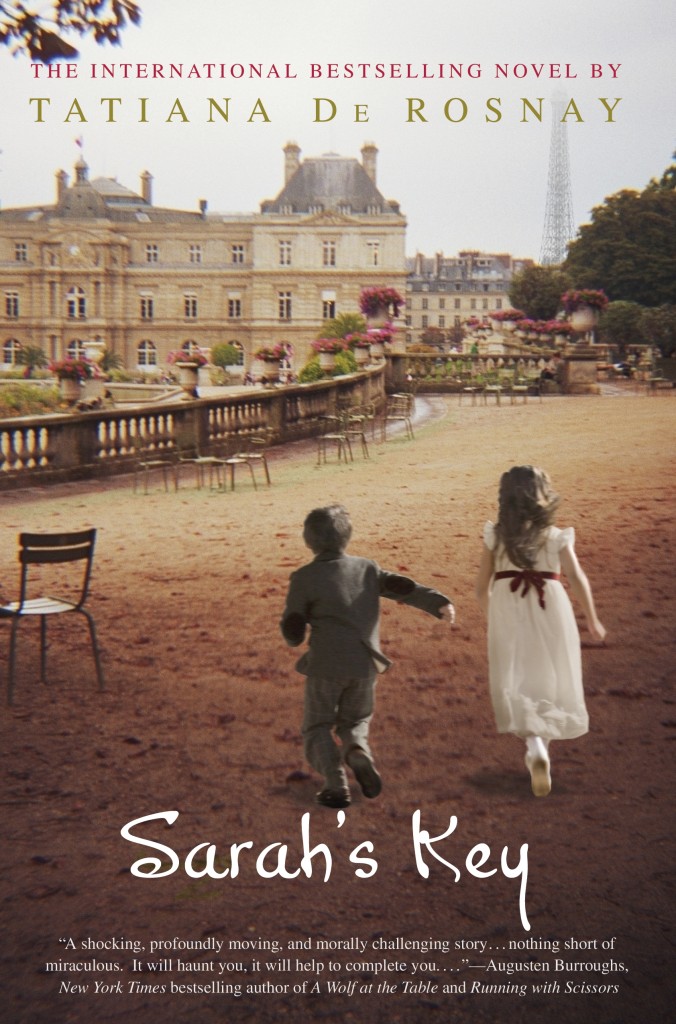 It’s about a little Jewish girl in Paris during World War Two and what happens to her and her family. It also has another story line about a modern day family where the mother is researching what is going on during WW2 in Paris. My description sucks so here is the one from Amazon, I promise it’s way better than I make it sound…

“Paris, July 1942: Sarah, a ten year-old girl, is brutally arrested with her family by the French police in the Vel’ d’Hiv’ roundup, but not before she locks her younger brother in a cupboard in the family’s apartment, thinking that she will be back within a few hours.Paris, May 2002: On Vel’ d’Hiv’s 60th anniversary, journalist Julia Jarmond is asked to write an article about this black day in France’s past. Through her contemporary investigation, she stumbles onto a trail of long-hidden family secrets that connect her to Sarah. Julia finds herself compelled to retrace the girl’s ordeal, from that terrible term in the Vel d’Hiv’, to the camps, and beyond. As she probes into Sarah’s past, she begins to question her own place in France, and to reevaluate her marriage and her life. Tatiana de Rosnay offers us a brilliantly subtle, compelling portrait of France under occupation and reveals the taboos and silence that surround this painful episode.”

Sounds pretty amazing right?? Told you so!! Apparently it was also made into a movie? I haven’t seen it yet and I’m currently debating on whether I want to or not. I once dated a guy who worked at a Blockbuster (remember those?!) and his rule of thumb was if you don’t recognize a single actor in the whole movie it probably isn’t any good. And I totally hate that he’s been right and I don’t recognize a soul in Sara’s Key, the movie. Sad day.

I have been really into books about WW2 lately. Some of my favorites, besides Sara’a Key, are Number the Stars by Lois Lowry, The Storyteller by Jodi Picoult, The Hidden Child by Camilla Lackberg, and of course The Diary of a Young Girl by Ann Frank.

I’m not sure why this time period fascinates me but it really does.

Do you have a time period that fascinates you??
What books have you been reading lately??

PS- I now want to read all of Tatiana De Rosnay’s books.