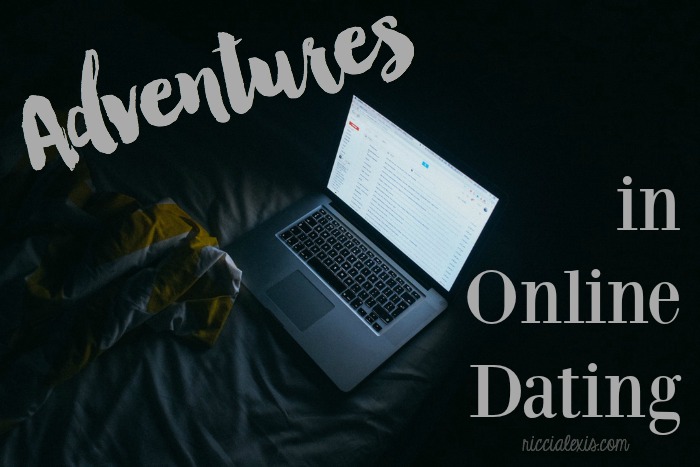 So….I am trying the online dating thing again. It is an adventure to say the least. It started out well enough and I was talking to a couple guys but I think I’m going to put it on hold until after the new year.

I did “meet” one nice guy that I actually started texting and found out we even work at the same hospital. He’s a nurse in the OR. When he sent me a pic of himself at work I thought I recognized him from somewhere. Then it hit me….I’m 99% sure I have dated this guy before!!!

Right after I moved to central Arkansas I dated a couple different guys, this guy was one of them (if it’s him). If it’s the same guy I quit talking to him because I thought he might be gay. Or have an animal fetish. Our first date was really good…lunch and a trip to the zoo. Perfect first date! But then he started talking about taking me to zoos all over the US (he has some sort of national zoo membership) and that creeped me out. Then he started texting me every morning “Good Morning Princess” and calling me nonstop even though I wouldn’t answer. He finally got the hint and quit calling. I move to night shift soon after and never saw him again. Until now….I think. OOPS!

I swear this stuff only happens to me….LOL!

Anyway, I thought I would share with you a couple of the “gems” I have received messages from. Remember I’m from Arkansas…not that this gives these guys any excuse. Here you go, for your viewing pleasure…

…and the “typical black guy”. 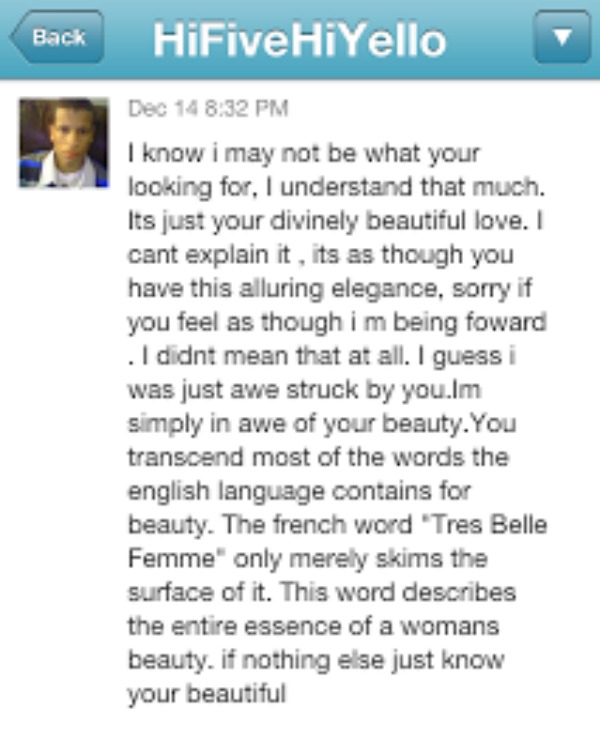 And this, ladies and gentlemen, is what online dating has done to people. It makes them crazy!!

Have you ever tried online dating??
Were you successful??