No I’m not talking about the cute green amphibian, I’m talking about guys. As in “How many frogs do I have to kiss to find my prince?” I have been on a string of really bad dates lately. I’m not sure if it’s just me or what?? 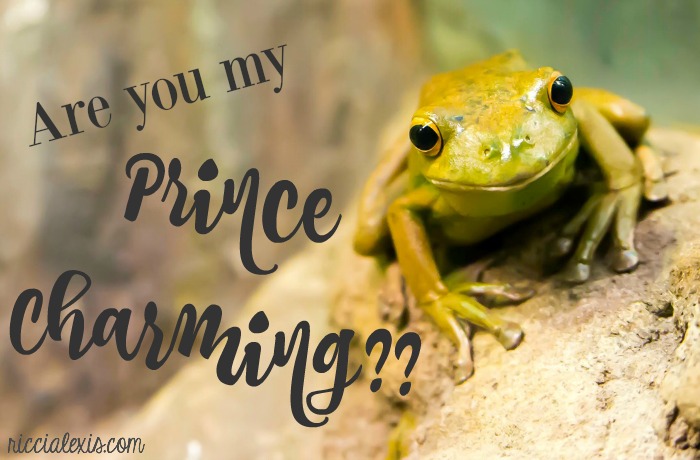 It all started when a friend of mine got me to join a dating site. I know people who have met their significant other online but I guess I’m just skeptical of the whole thing. One of my sorority sisters met her husband online and they have been married for five years now (I think) and they have a beautiful daughter.  I know it works but I also hear the bad things about it. But I haven’t exactly been putting myself out there lately so I thought this would be good for me.

The first guy I met seemed really great. His picture was HOT and we both work in the medical field and so we decided to meet for coffee. He said he wanted to keep it casual so I went casual cute and he was late. Like 20 minutes late. I’m sorry but that is just unacceptable. I was about to get up and leave when he walked in the door. And I guess he meant waaaaay casual because he was in his workout clothes. That’s right, he came straight from the gym. Yuck. First impression aside he was a really nice guy and was really HOT like his picture. We talked for an hour with no weird pauses or lulls in conversation and then all of a sudden he jumped up and said well it’s been great but I gotta go and he was out of there. I mean really?? WEIRD!! He texted me later that day to ask me about a book we talked about and then I never heard from him again.

Guy number two I had actually met before. We have mutual friends and he’s actually a Respiratory Therapist too. We emailed for a week and then texted for a few days and then he called me and we talked for a couple hours one night and then I never heard from him again. I thought that one was going really good and the BAM! Nope! We are friends on Facebook now so that’s kind of awkward. Do I delete him??!!  Hmmmm…

Guy number three seemed nice (I guess they all do at first) and let me know that this was his first time online also. By this point I was over getting excited about talking to guys and didn’t let myself get too excited about our date. We talked for a week before deciding to meet and I got to pick the place. I decided on my favorite Mexican place because I decided I was at least going to get some good salsa out of this deal…LOL! So we met and all he could talk about was how he couldn’t believe he was meeting someone he met online and how he usually only dated girls he knew. Boring! I felt like a car he was about to test drive or something. We did talk for about three hours but I just wasn’t feeling it. Who would have guessed that he never called me? HA! I really didn’t care this time.

So I really would like to know, where is my freaking prince already?!?